This last month has been the fastest four weeks of my life. I cannot believe Charlee is already outgrown her newborn sleepers and most of her newborn outfits. There are a few that she can still fit in and newborn diapers are snug! She has changed so much since she joined our family one month ago!
She is working hard on her summer body...
arm rolls
leg rolls
and even a double chin!
I mean...she get's cuter everyday! 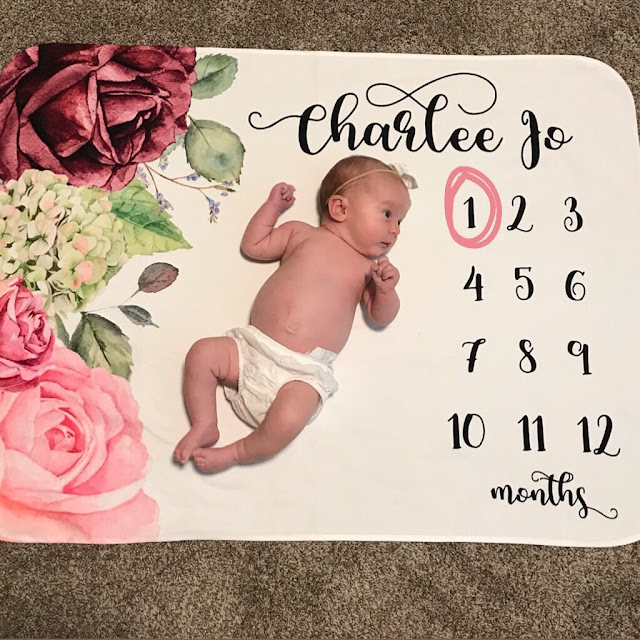 We made a visit to the pediatrician for her one month check up and she is growing like a weed! She has gained 2 pounds in just 2 weeks!!! 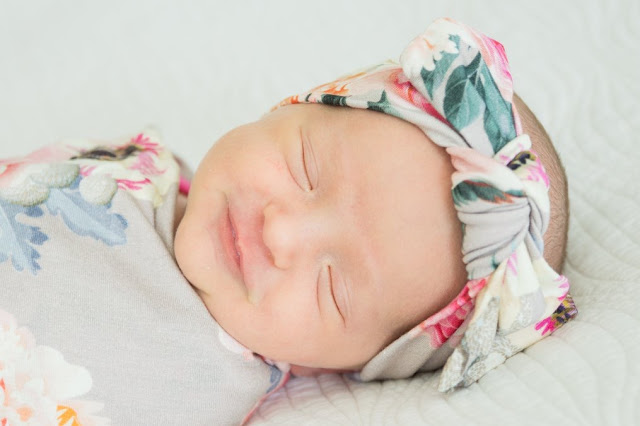 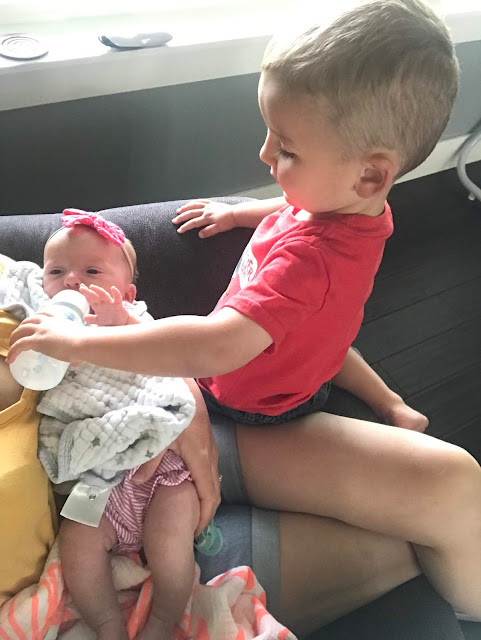 Since sister has gained two pounds in just two weeks, I think it's safe to say that girlfriend likes to eat. Charlee eats every three hours during the day and will sleep in 4-5 hour stretches between feedings at night. She is by far the messiest eater I've ever met. She stores is up in her mouth and then it leaks from the sides of her mouth! Girl needs to slow down when she's eating. 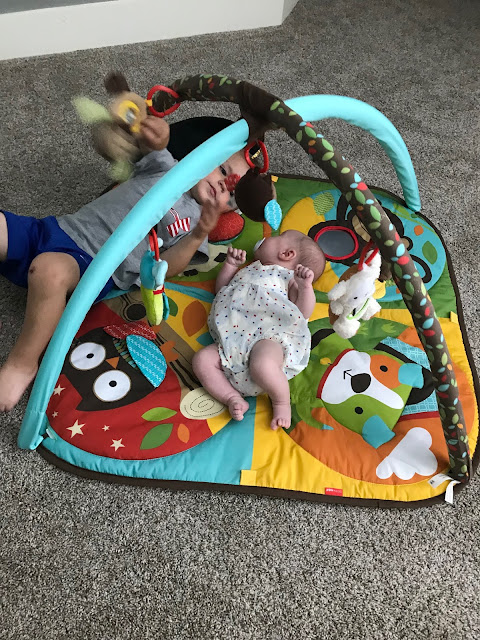 We are still too little for "play", but Charlee is starting to be awake more and more throughout the day. She has started to focus in on objects close to her face and respond to light. She also acknowledges familiar voices. She loooves to be held close and cuddle. We picked up this activity mat the other day so the boys were anxious to get it out and show her...Peyton uses it for now! :) 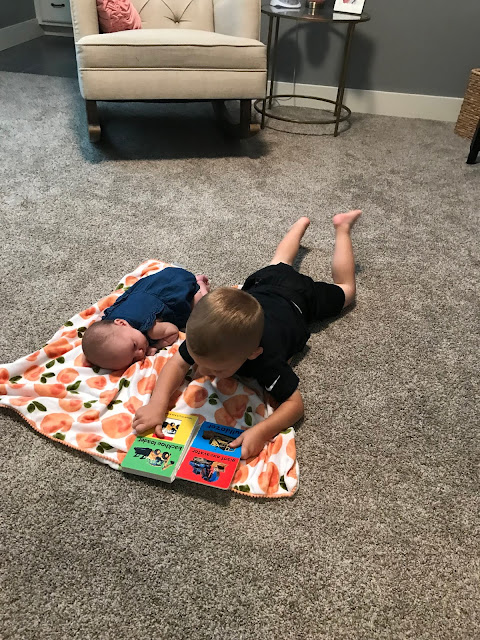 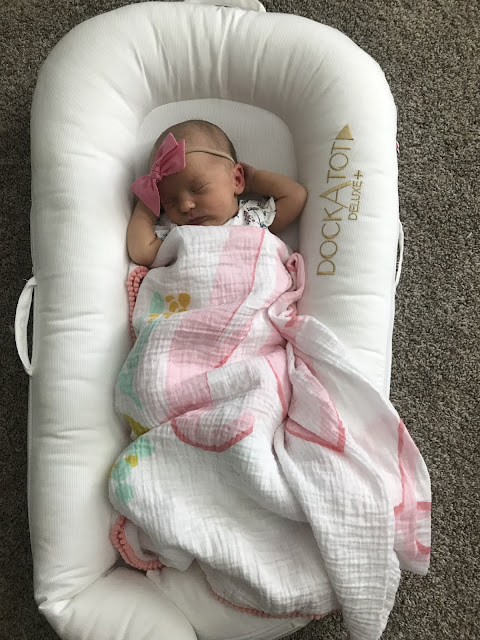 Charlee is awake during the day for about 45 minutes between feedings. It's sometimes closer to an hour. At four weeks, Charlee started sleeping most nights in her crib since she was already taking naps there. She does so much better in her room than in ours. At night, she loves routine to help her realize it's nighttime. We bath, quiet time, and feed before swaddling her up and putting her in her crib. If she goes down around 9, she will normally sleep until 2 am before a feed. Then, we put her right back down again and she sleeps until between 6 and 7. I feed her and put her back down until 9. I think she will be a tummy or side sleeper when she gets older. I love when she sleeps on her tummy with her legs pulled up under her! 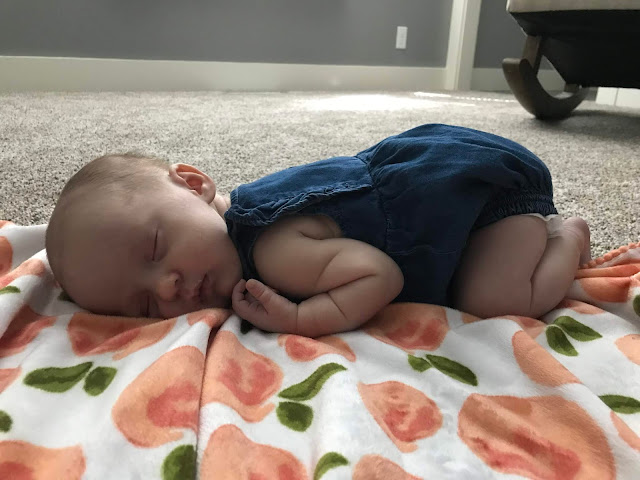 She loves the Solly Wrap and hates.... 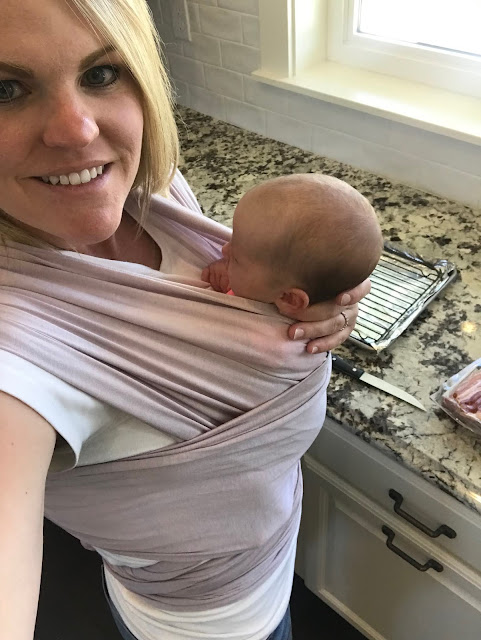 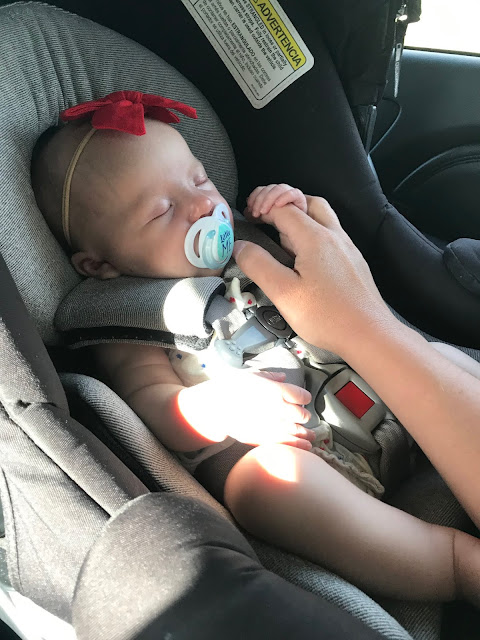 Girlfriend has two brothers that can't get enough of her. I'm constantly telling them to stop touching her and to leave her alone! It's the best watching all three of them together. 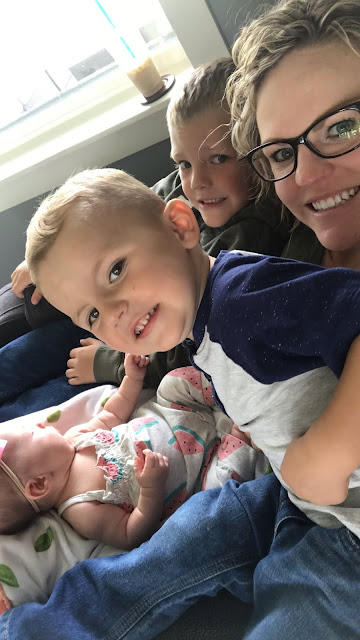 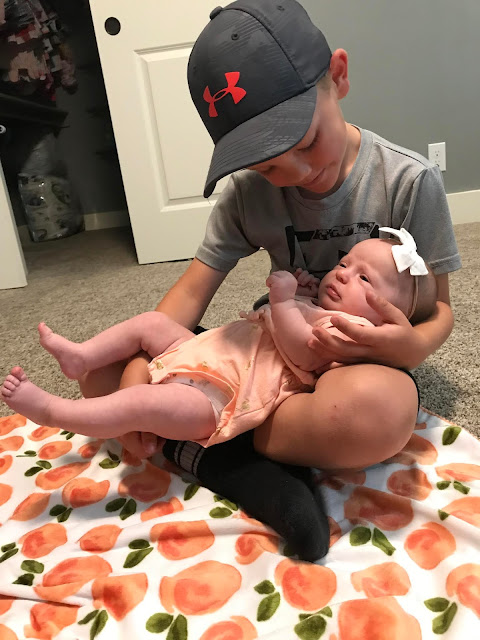 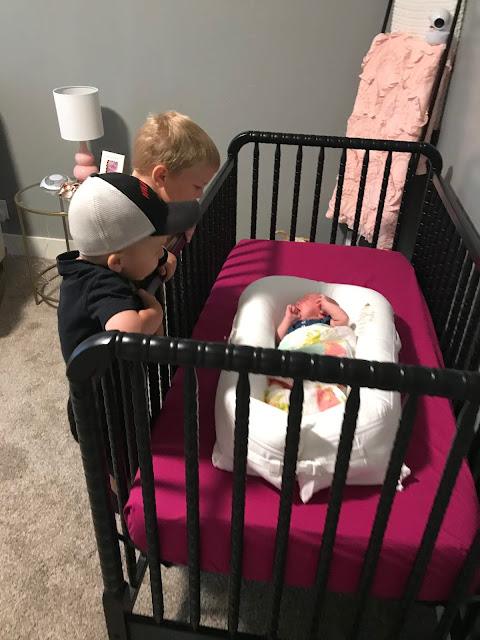 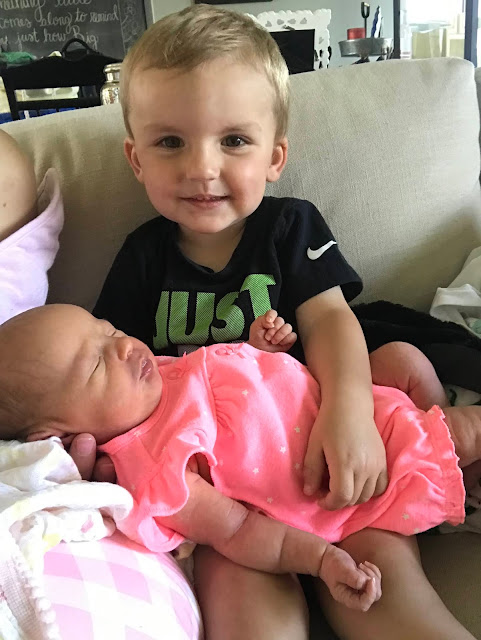 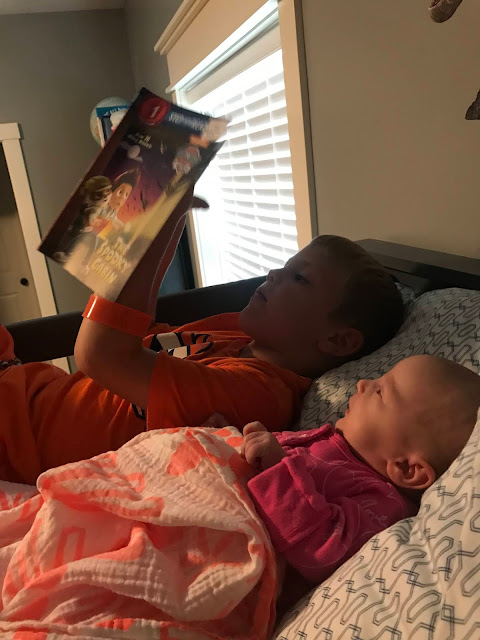 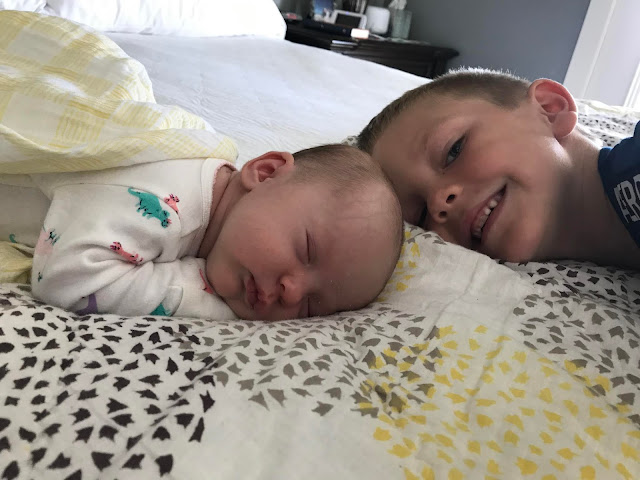 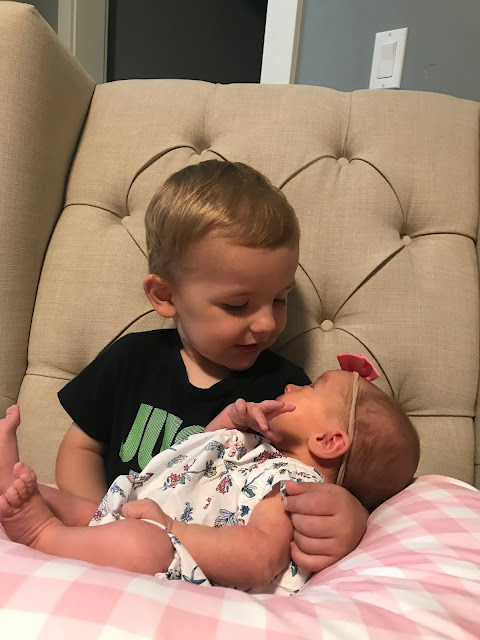 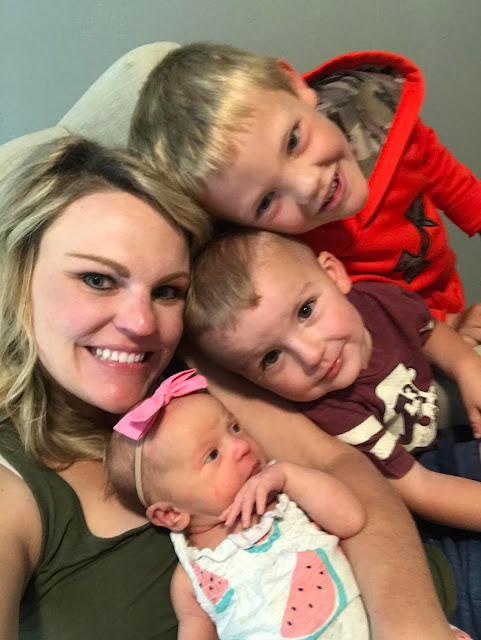 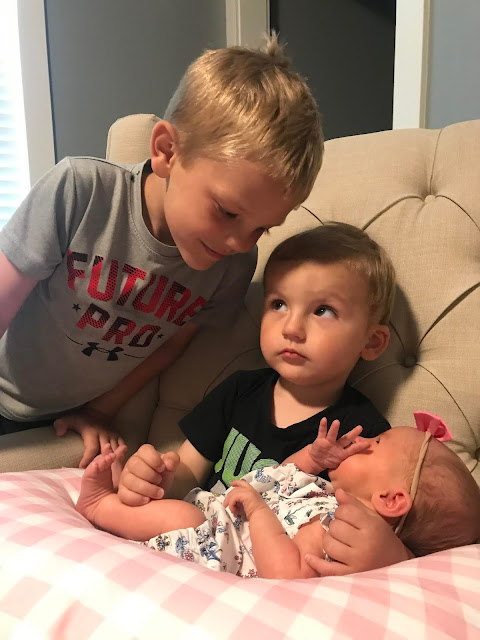 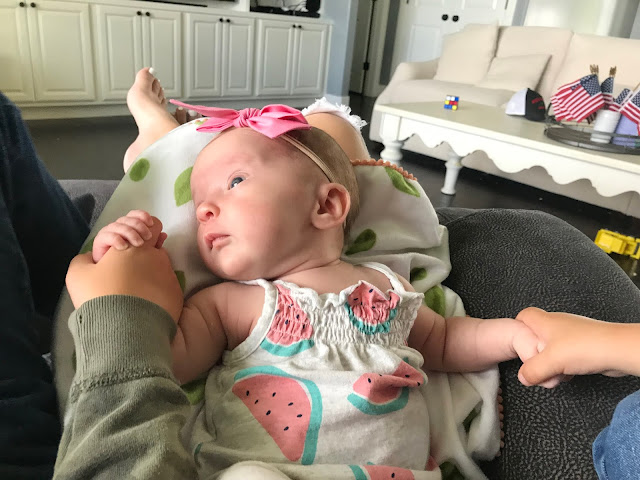 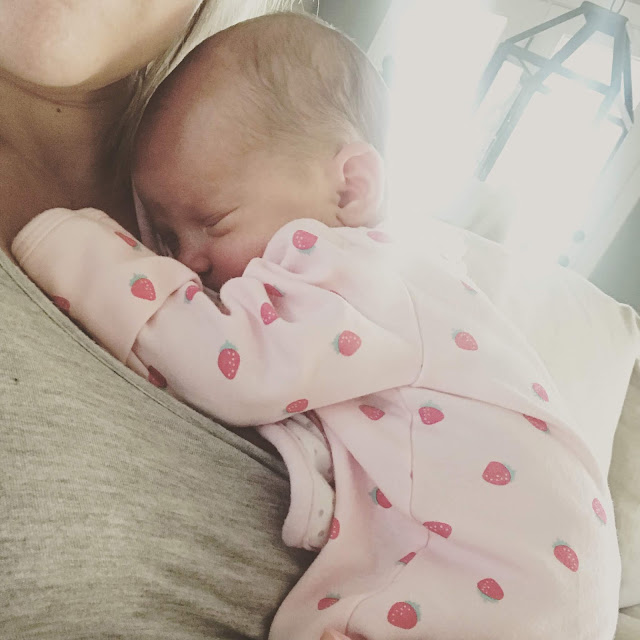 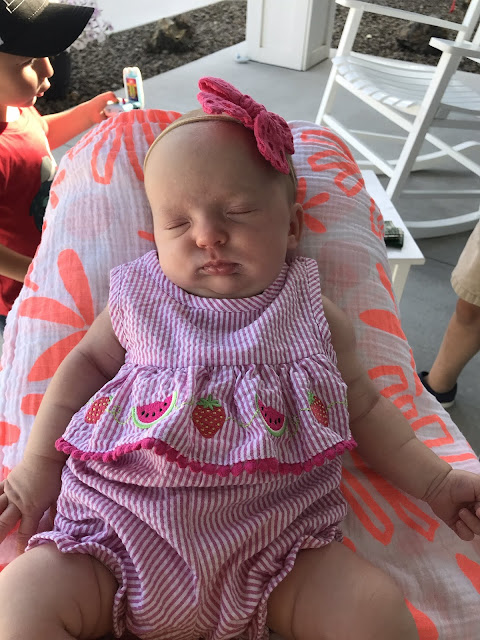 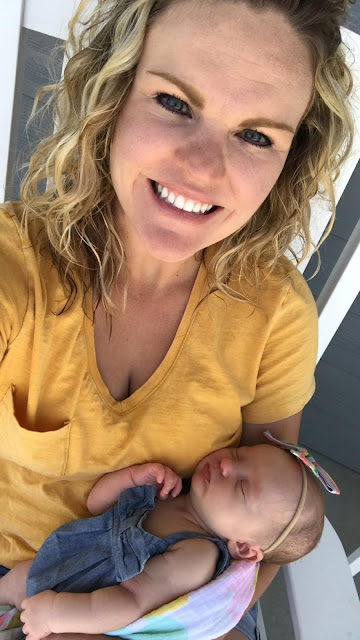 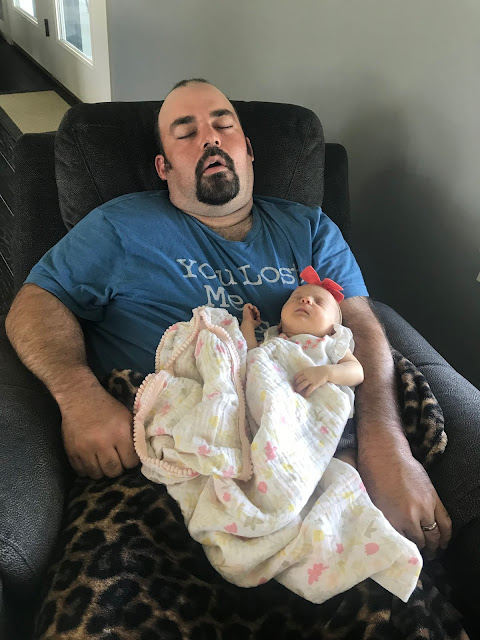 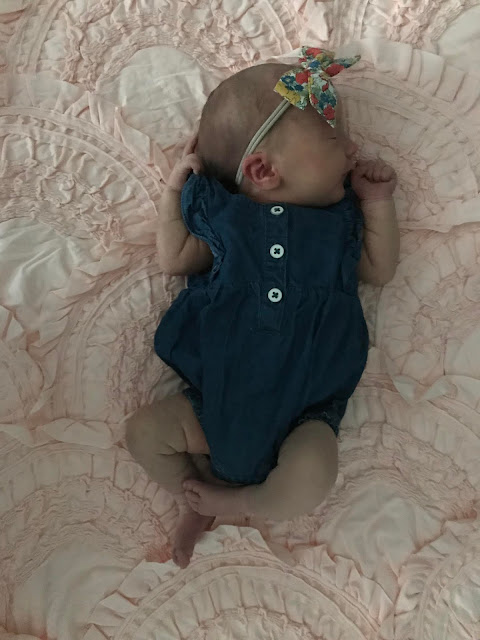 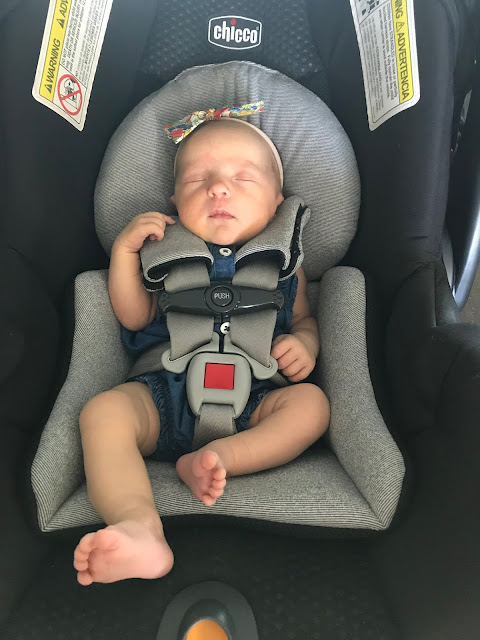 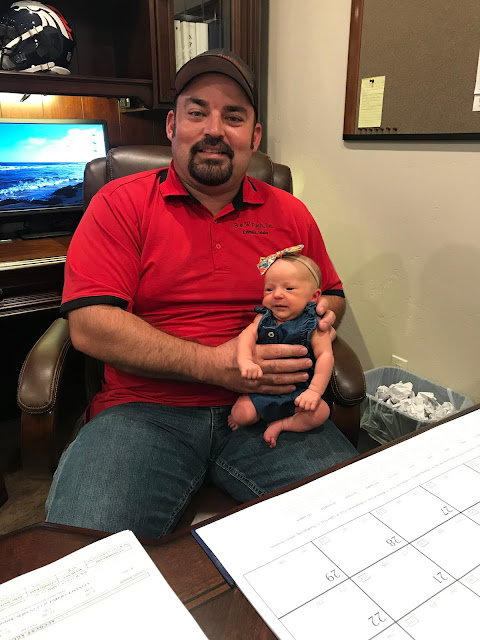 So much love for little sister! I can't believe it's already been a month with our Charlee!
Email ThisBlogThis!Share to TwitterShare to FacebookShare to Pinterest
Labels: Baby # 3, Charlee Jo, Month by Month