9 months?! I can't believe he's already this old. My ovaries are doing summer-saults because I have baby fever so bad, but that's probably because I've gotten three nights of sleep. I'm sure that will be over soon and I'll go back to being done with two. Regardless of the loss of sleep, this age is my favorite. I say that every month, but it just keeps getting better!
Nine months, almost time for a birthday party which is in the works! I'm having fun planning this one. I've changed my mind twice already. But, I'm sticking with it this time. It's overused but I like it so we're going with it. Also, I can't wait to dress this boy up for Halloween! 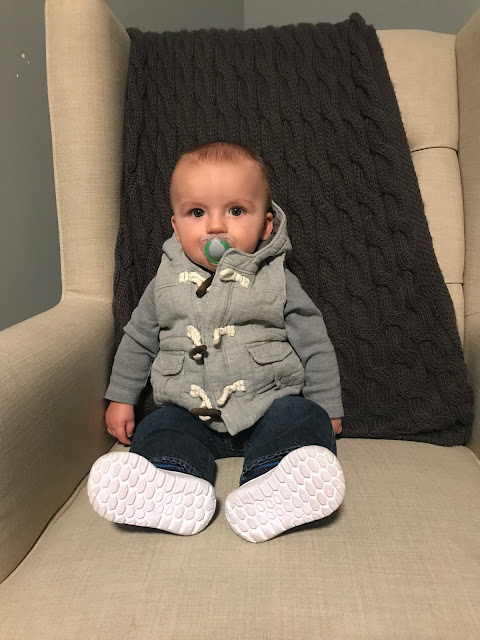 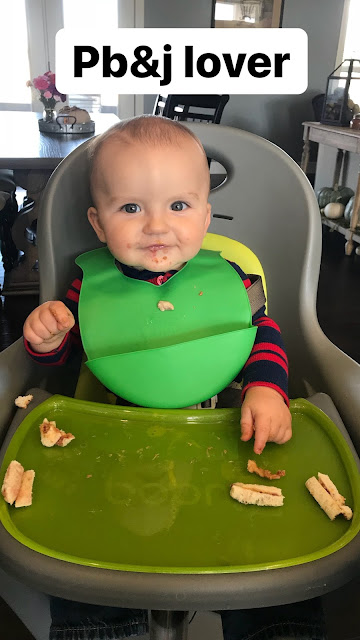 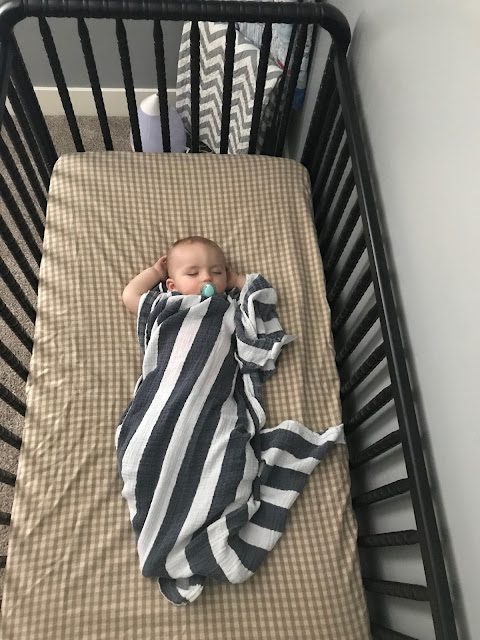 Ugh. Like I mentioned at the top of this post, I have gotten three nights of good sleep. He's been waking up two-three times a night. He has some teeth coming in, and we've all be fighting a cold. I'm not exactly sure what the deal is but he hasn't been sleeping great. He goes down at 8 and is up for the day by 7. Some mornings, he'll have a bottle and go back down until around 9.
He takes a morning nap. Usually it's about 2 hours. In the afternoon he usually takes a 3 hour nap. I try my hardest to have the boys nap at the same time, but his afternoon nap is the best nap of the day.
﻿
﻿
Play. 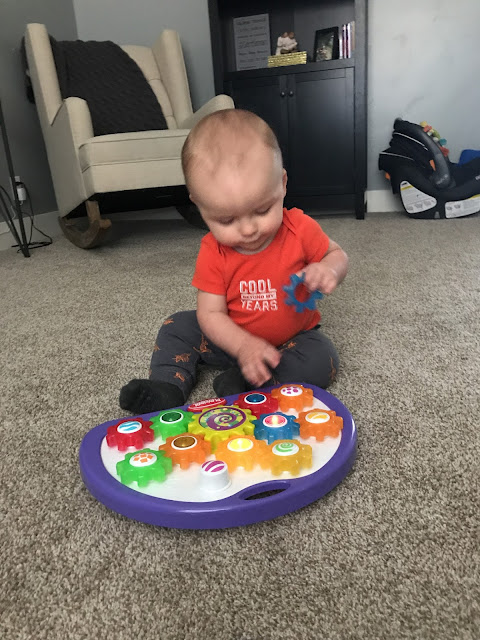 He is arming crawling or rolling everywhere. He has figured out how to get around. Having hardwood floors makes it more of a challenge, but he's figuring it out.
Everyday is a new adventure with him. His personality is really starting to shine. He has a temper. (that he gets from his dad, i'm sure of it!) He will play independently but only if someone is in the room with him. He doesn't like being alone. His brother is the greatest person in the world. He says "Mama" but I think he's holding out for Dad just to push his Dad's buttons! :) He brings so much joy to this family and we love watching him grow! 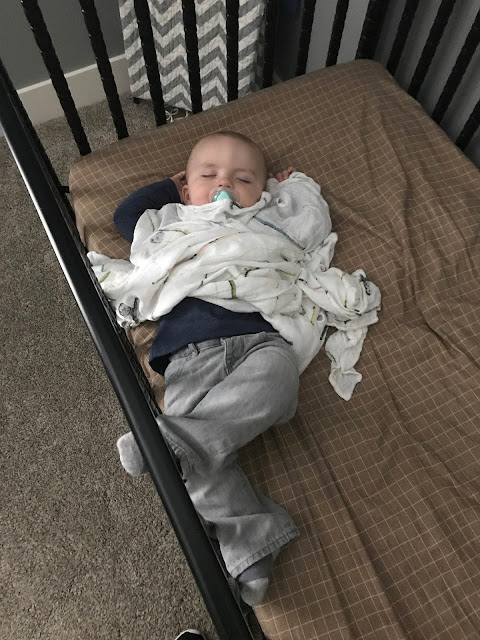 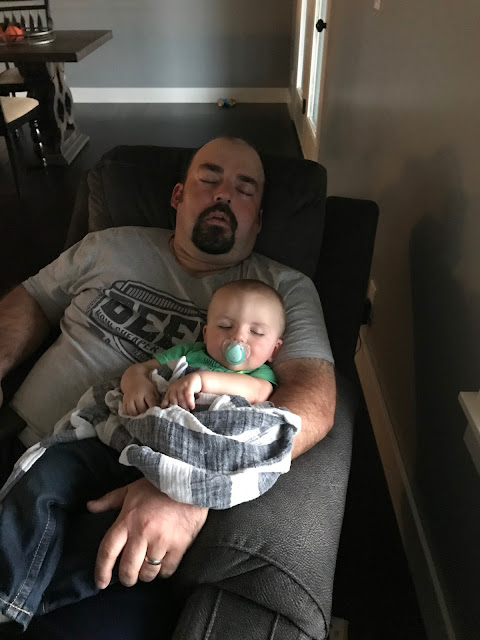 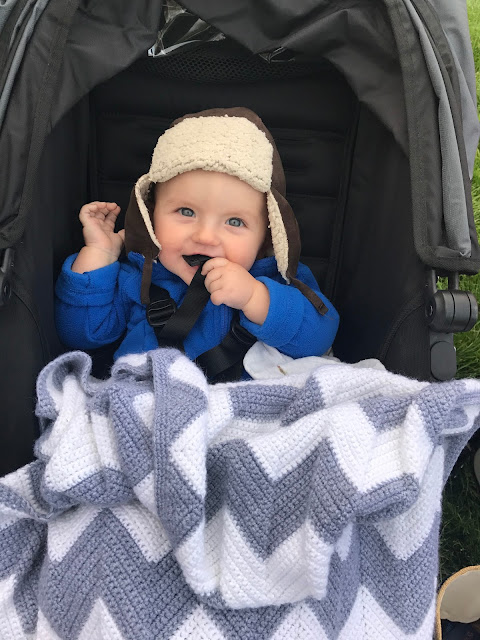 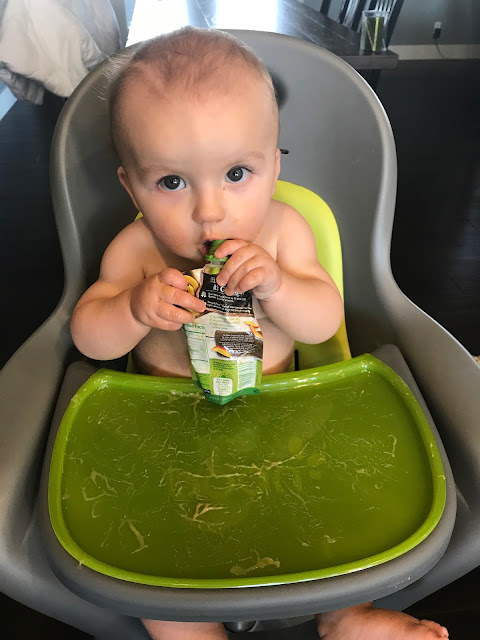 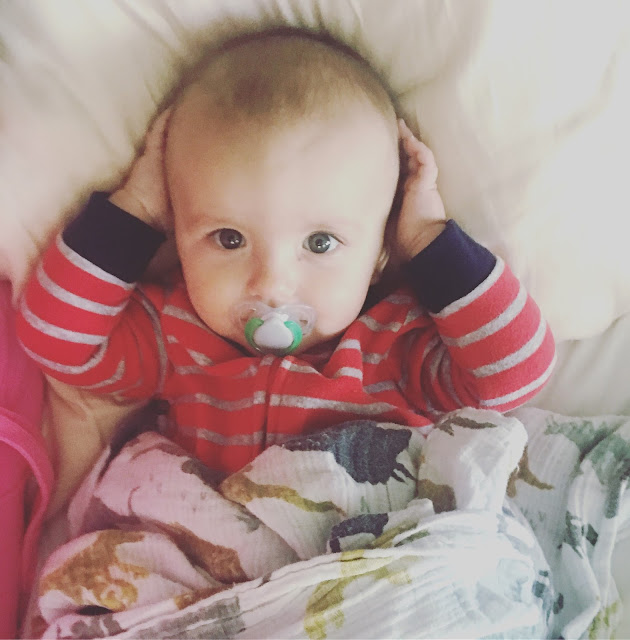 ﻿
Email ThisBlogThis!Share to TwitterShare to FacebookShare to Pinterest
Labels: Month by Month, Peyton