Happy Friday, friends!
What?!? An entire week of blogging! Don't plan on this for next week...I must just be on top of it this week! It was a busy week for us, but we've made it to Friday! 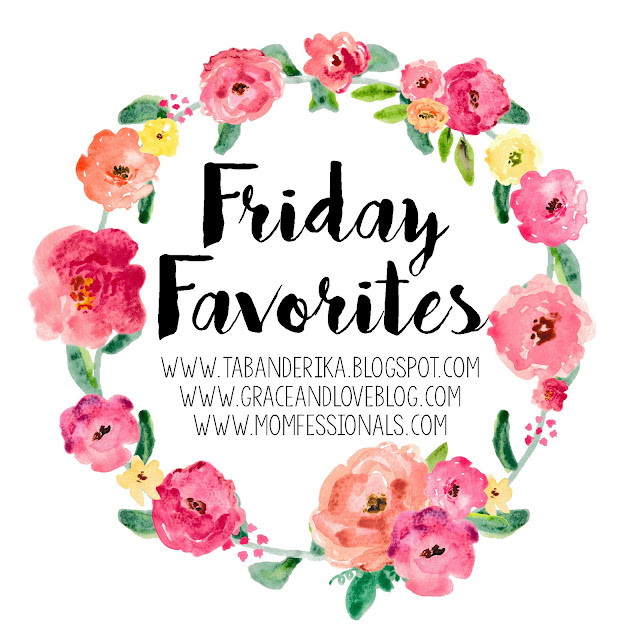 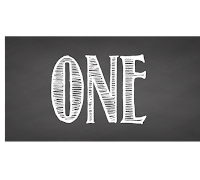 I'm loving Shay's cookbooks but especially Simmers! If you love your slow cooker, you need this cookbook. There are so many good recipes. 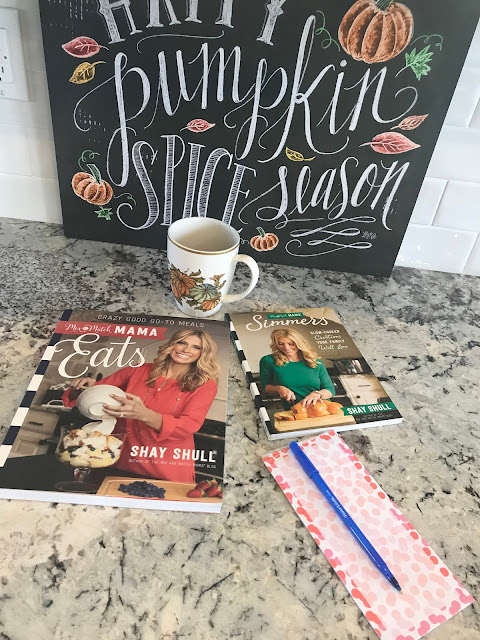 I love making pulled pork but it always makes so much. Several recipes calls for this pulled pork, so it doesn't go to waste!
On Monday night, I made pulled pork tacos and they were so good! 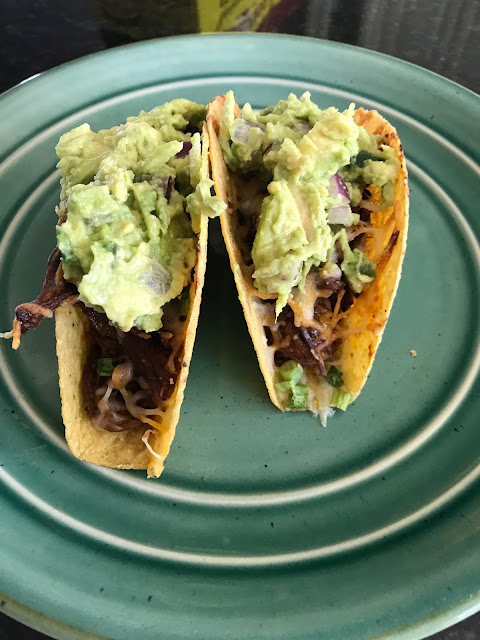 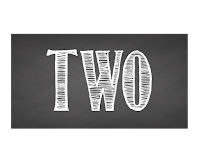 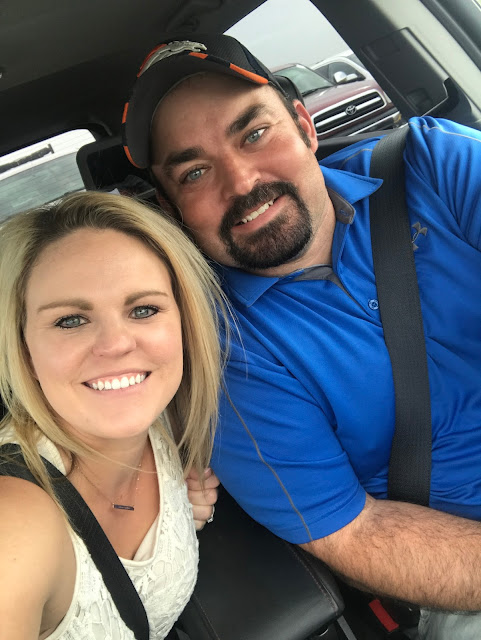 On Tuesday, Travis and I had a "day date". We headed to Boise without kids to do a little shopping, we had lunch, and then came home and went to the golf course.
I love this time with him! Never gets old. ;)

FOOTBALL.
On Monday night we watched the Denver Broncos, barely win!
Colson's game got cancelled on Wednesday night but last night we went and watched Taylor, my nephew, play. He had such a great game! 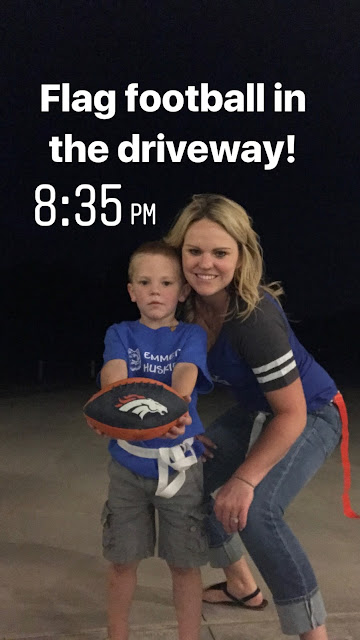 When we got home from Taylor's game last night, Colson and I put on flags and practiced in the driveway. Colson thought it was awesome because we were playing in the dark!
Two years ago I never watched football. Now, I love watching the Bronco's play, Colson play, and my nephew! My lift consists of a lot of football now and I wouldn't have it any other way! 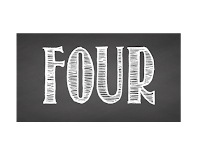 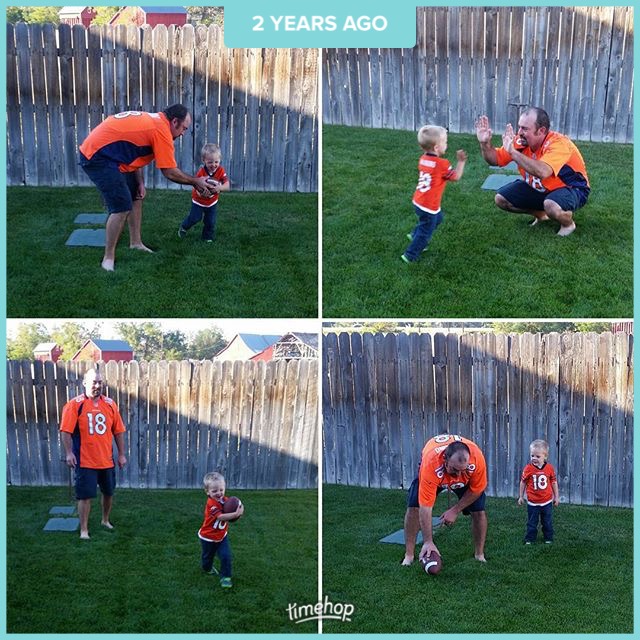 Speaking of football...how was this two years ago!?
These two were playing football after a Bronco win! 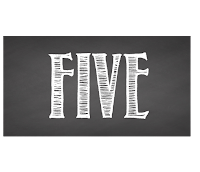 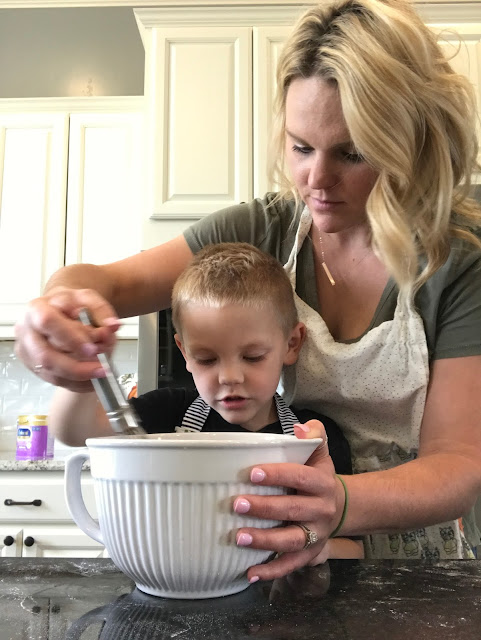 I love to bake and cook. If I'm being honest, I thought that since I'm a mom to boys, I wouldn't have anyone to help me in the kitchen. But, Colson has turned out to be a great helper! My kitchen is always such a huge mess when he helps but I wouldn't have it any other way! 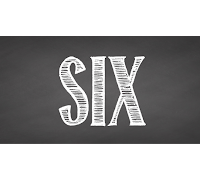 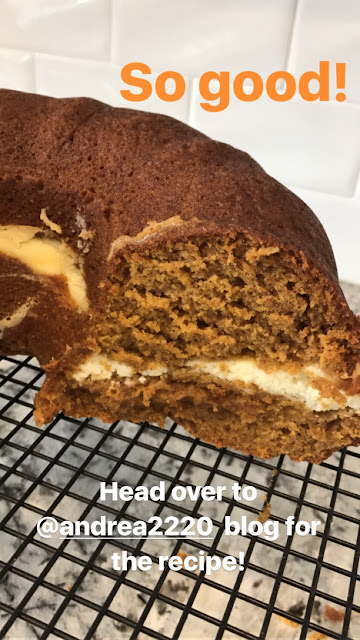 Yesterday, we made Andrea's pumpkin cream cheese bunt cake and it was so good!
As soon as I read her blog yesterday morning, I knew I needed to make it. It's perfect for fall and so easy to make. After we made it we took some to Travis's work and it was a hit! 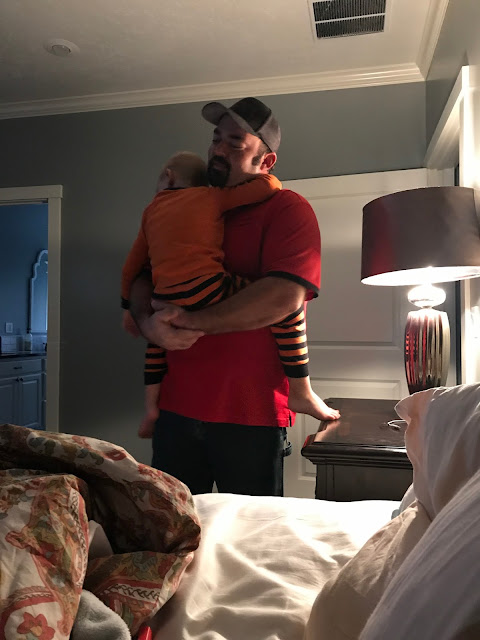 I don't know what it is lately, but this boy is obsessed with his Dad! He asks about him a dozen times a day. He wants to know where he is and when he is coming home. He talks about being a fuel man when he gets older. He tells me that he wants me to treat him like I treat dad. Colson has always loved his Dad but lately he is over the top! Travis is without a doubt Colson's favorite at the moment. 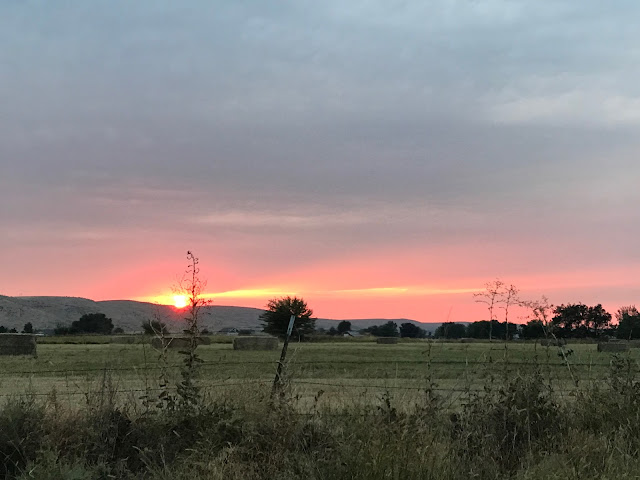 This picture doesn't compare to the real sunset. It was so beautiful last night as we were driving home from Taylor's football game. The sky was pink and vibrant with color!


I'm excited for the weekend, as I'm sure everyone is!

I'm so jealous you have Shay's cookbook already. I have mine preordered already.

That sunset is beautiful

I ordered it off QVC! Country sunsets are my favorite!