Here's a look at life lately in our house... 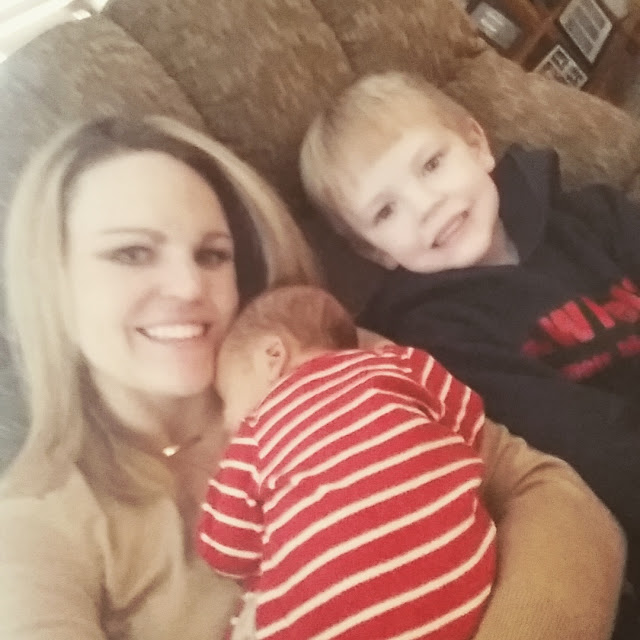 All three snuggled up watching a movie. We were just missing Dad. 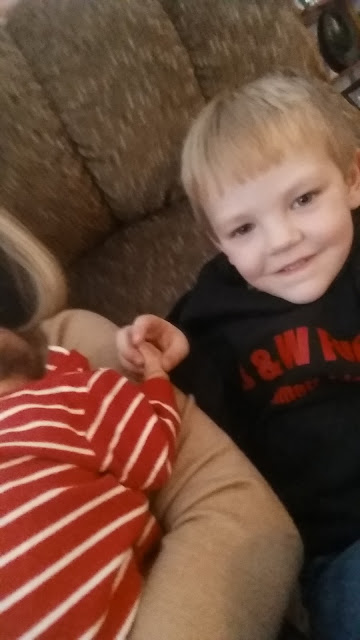 I then realized what Colson was doing with his hand... he is seriously the sweetest big brother. 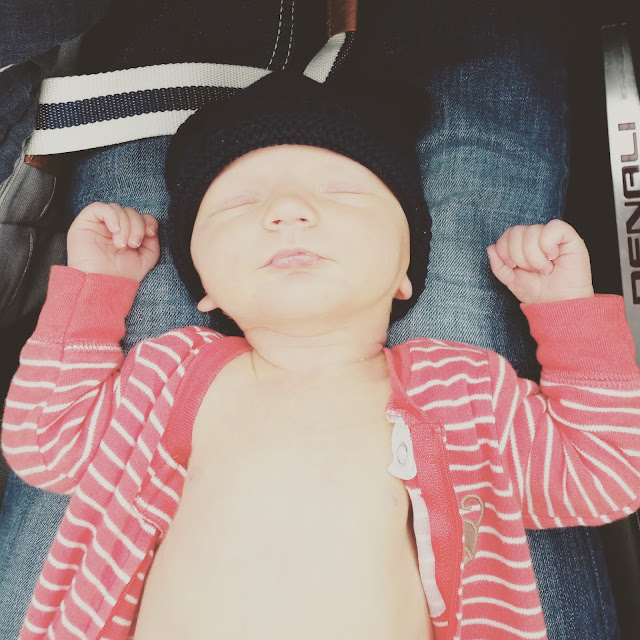 If only diaper changes at night could be this peaceful. 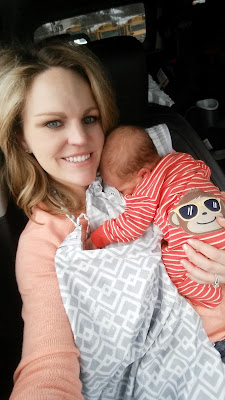 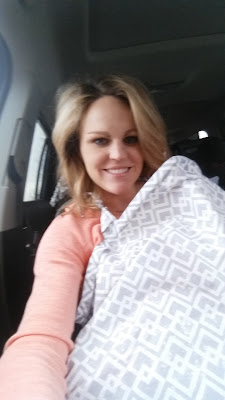 I forget what it's like to nurse every two hours no matter where you are....in the car, in a parking lot! 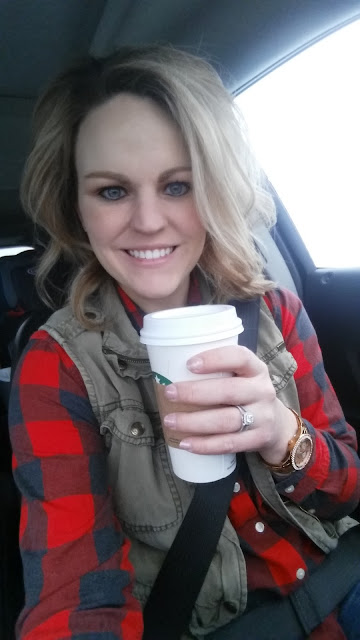 Last Thursday, Peyton had a doctor's appointment at 9, however, I wrote down 10 so we missed it.
We went to Starbucks since we were already out of the house and the girls bought me my coffee! 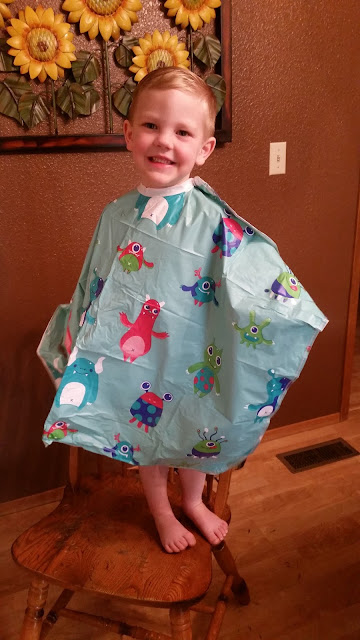 Thursday, I tried to get his haircut and nowhere in town had time so I gave him one in the kitchen. He told me he still wanted me to take him and get him a real haircut. The next day, Dad fixed it. #ihatecuttinghishair 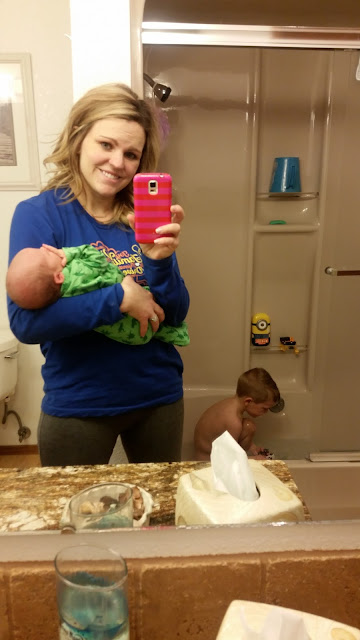 That night I got brave and bathed both boys. Solo! Travis was bowling and never again will I attempt bath time solo. 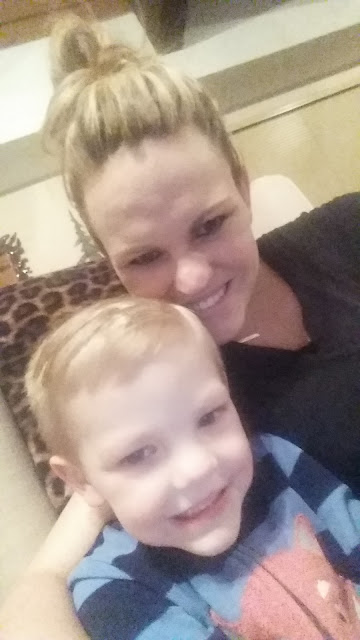 But, I loved the snuggles that I got after bath! It is really easy for him to talk me into letting him stay up past his bedtime. "Mom, if you let me stay up until Dad gets home, I'll snuggle you and give you a kiss." He has it all figured out! 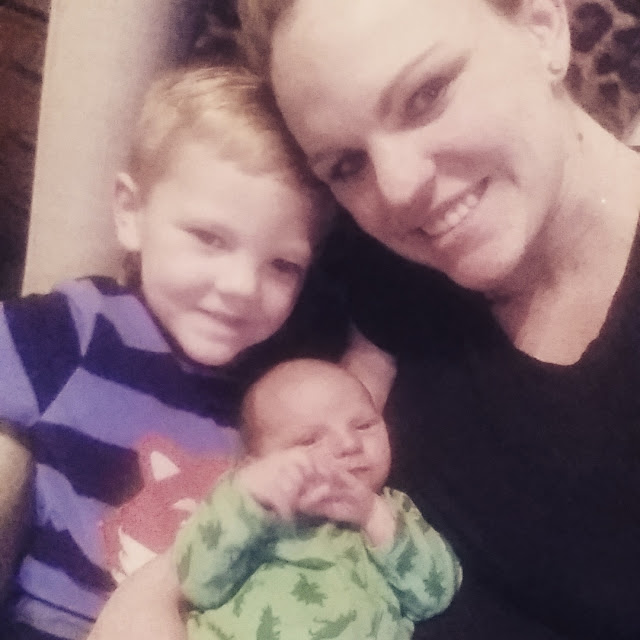 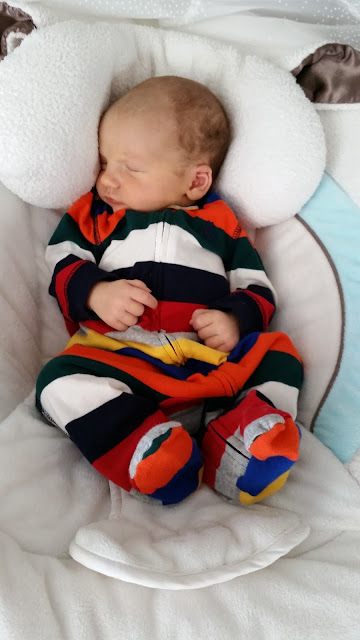 The swing is Peyton's favorite. He loves movement! 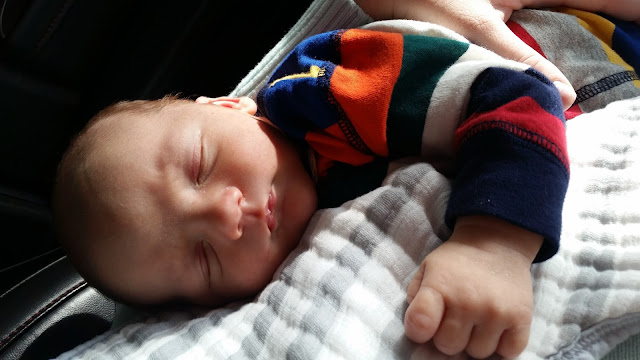 We went to my OB appointment and Peyton had a newborn screening downtown Boise. After his screening we snuggled for an hour while waiting for my appointment! 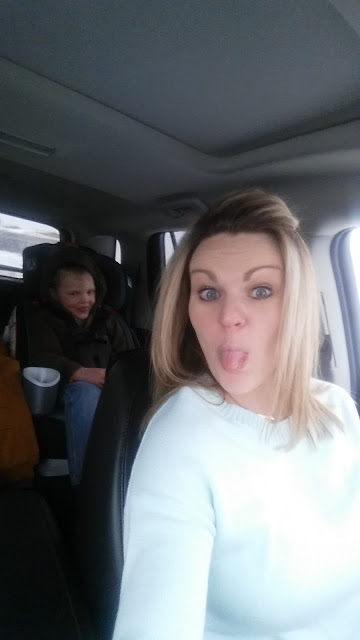 And then we picked up big brother!!! 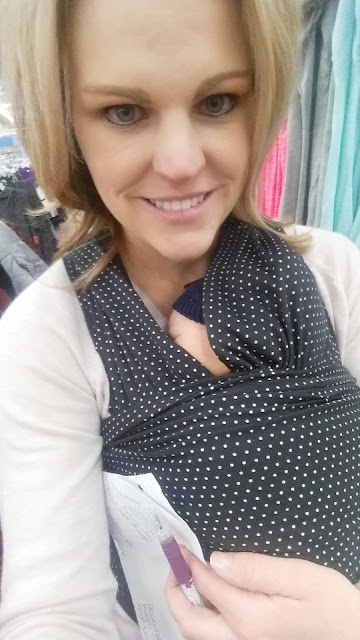 Saturday we went grocery shopping and tried out the Solly Wrap. I'll consider it a success since he didn't fall out but I'm still not sure about it. We need some more practice. 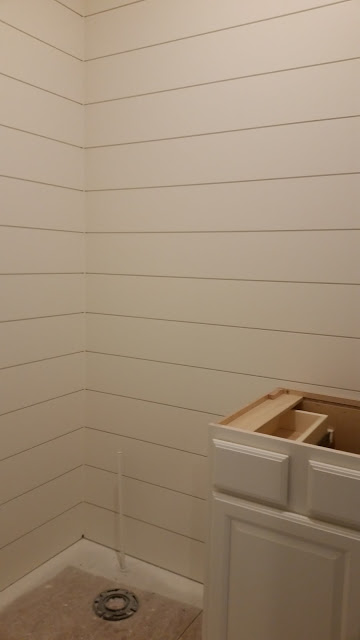 We stopped by the new house on the way home and shiplap and lights were up!
So much progress being made! 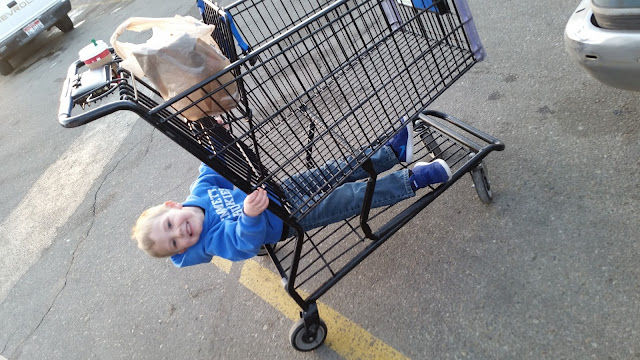 Sunday, we ran to the store for one item since Walmart didn't have any just the day before. Colson found a new way to ride on the cart! Silly boy! 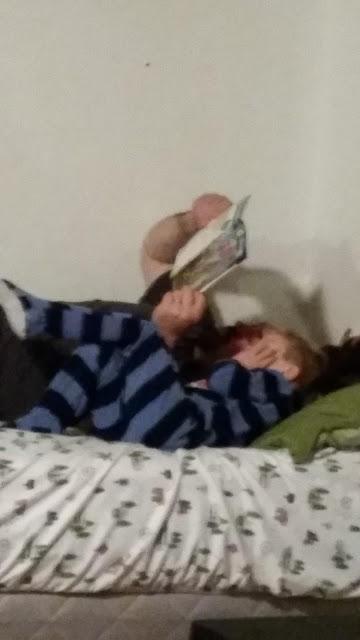 This is terrible picture quality but I'm so thankful for Travis. He really is the best Dad to our boys! 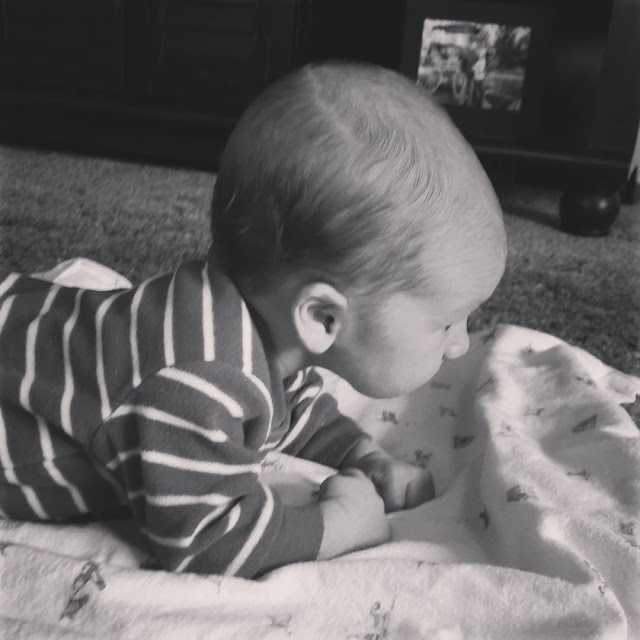 Peyton changes everyday. His strength amazes me. I really haven't been productive since bringing him home. I'd rather soak up these moments because they are happening at rapid speed. 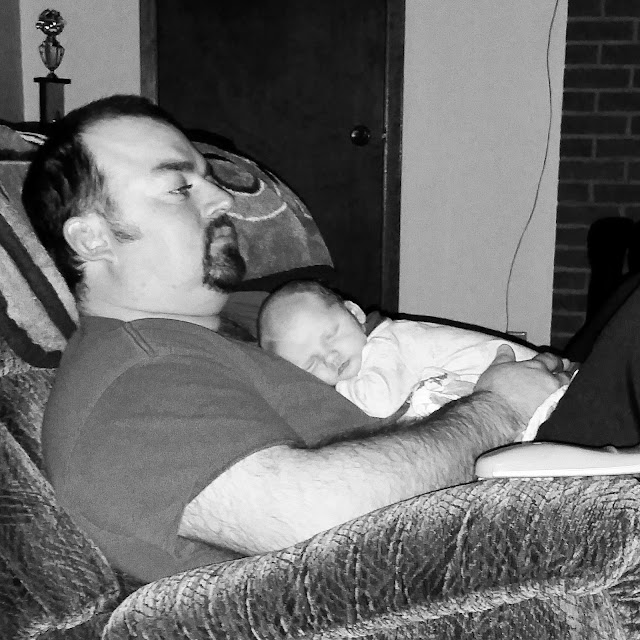 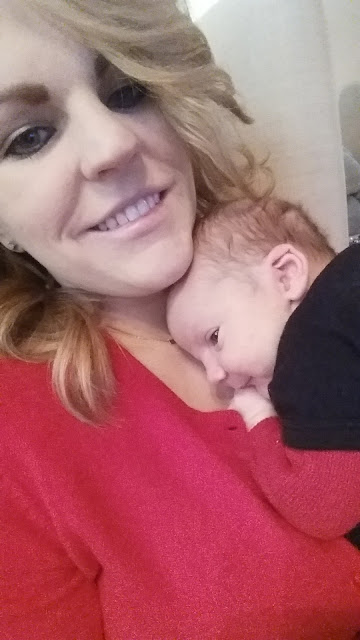 I thought I was going to be productive but...this happened instead! 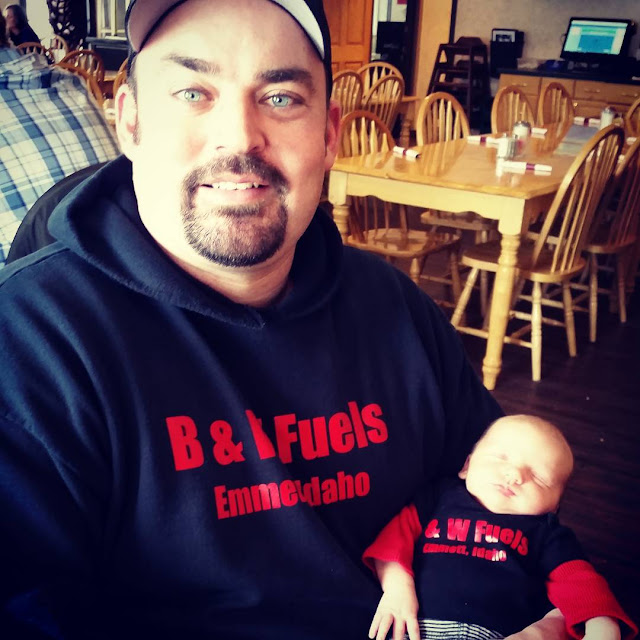 Wednesday lunch! Talk about a proud Dad! I seriously fall in love with Travis more every single time I see him with either one of our boys. He was made to be a father, he's just so good at it! 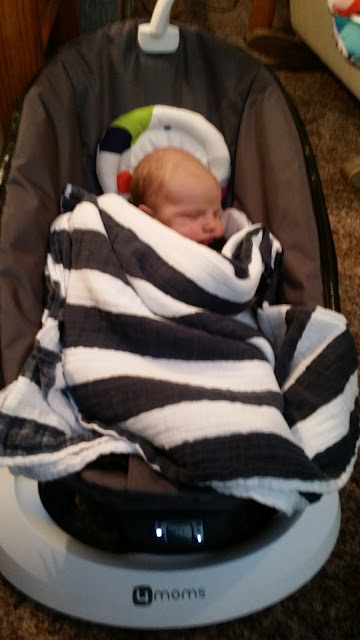