Three years ago in June, I joined a bookclub. I knew a very small number of other ladies that joined but there were several that I’d never met. We planned on having three meetings. June, July, and August. Read through the summer and have some adult interaction.
Over three years later and we’re still meeting monthly. I’ve grown to enjoy all the ladies that come and look forward to it every month.
I hosted October bookclub at my house and it was so much fun! Kacie and I co-hosted. Today, I’m sharing the details.
Normally, we meet at someone’s home and bring a dish to share. I knew I wanted to do something fun and with schedules filling up with sports and school, I didn’t want people to worry about what they were going to bring.
Kacie and I met, planned, and shopped for all things to make a charcuterie board…. 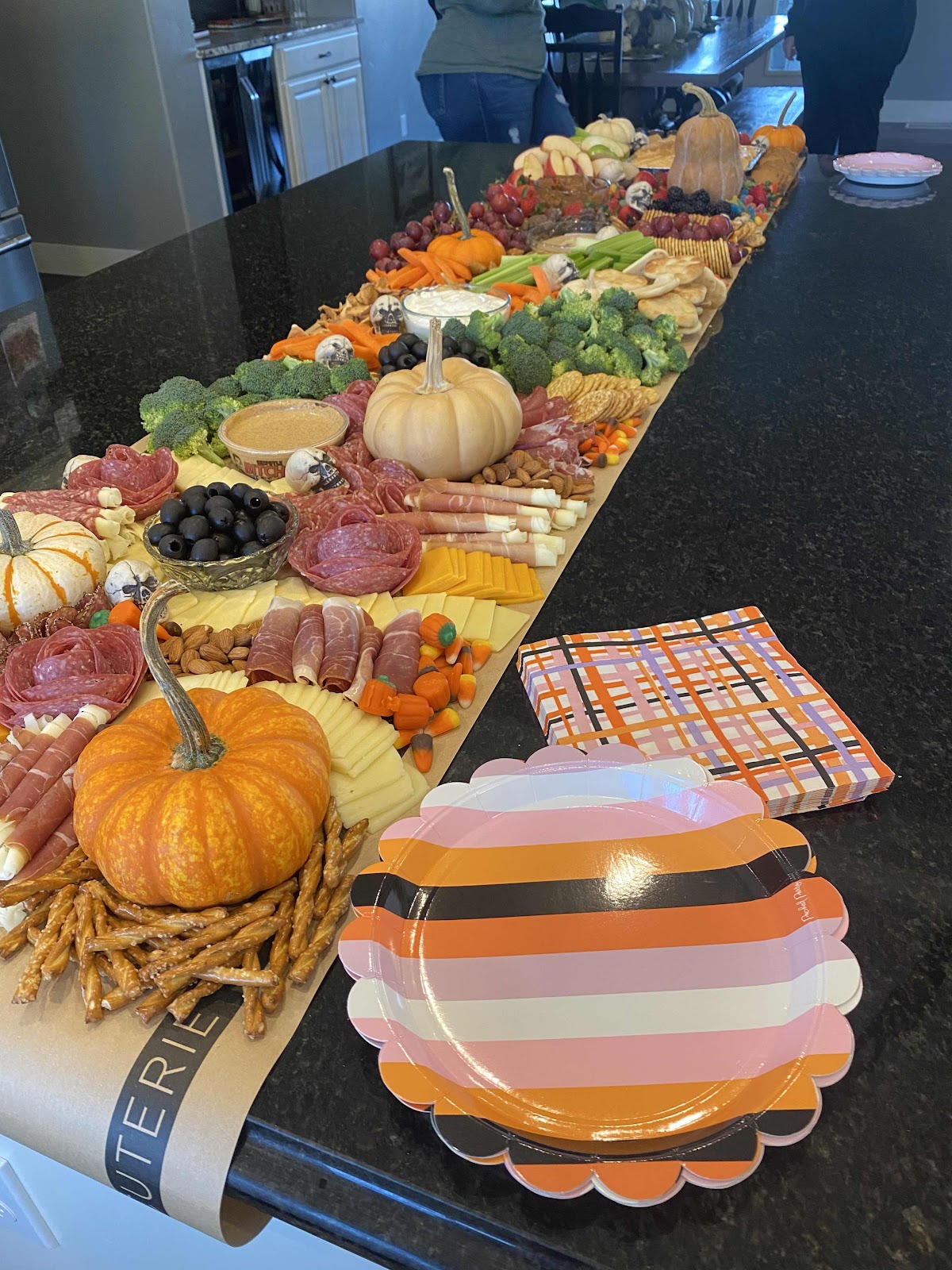 And a fun cocktail!
Champagne and apple cider in a champagne flute with caramel and cinnamon and sugar around the rim.
This drink was so easy and such a hit with everyone! 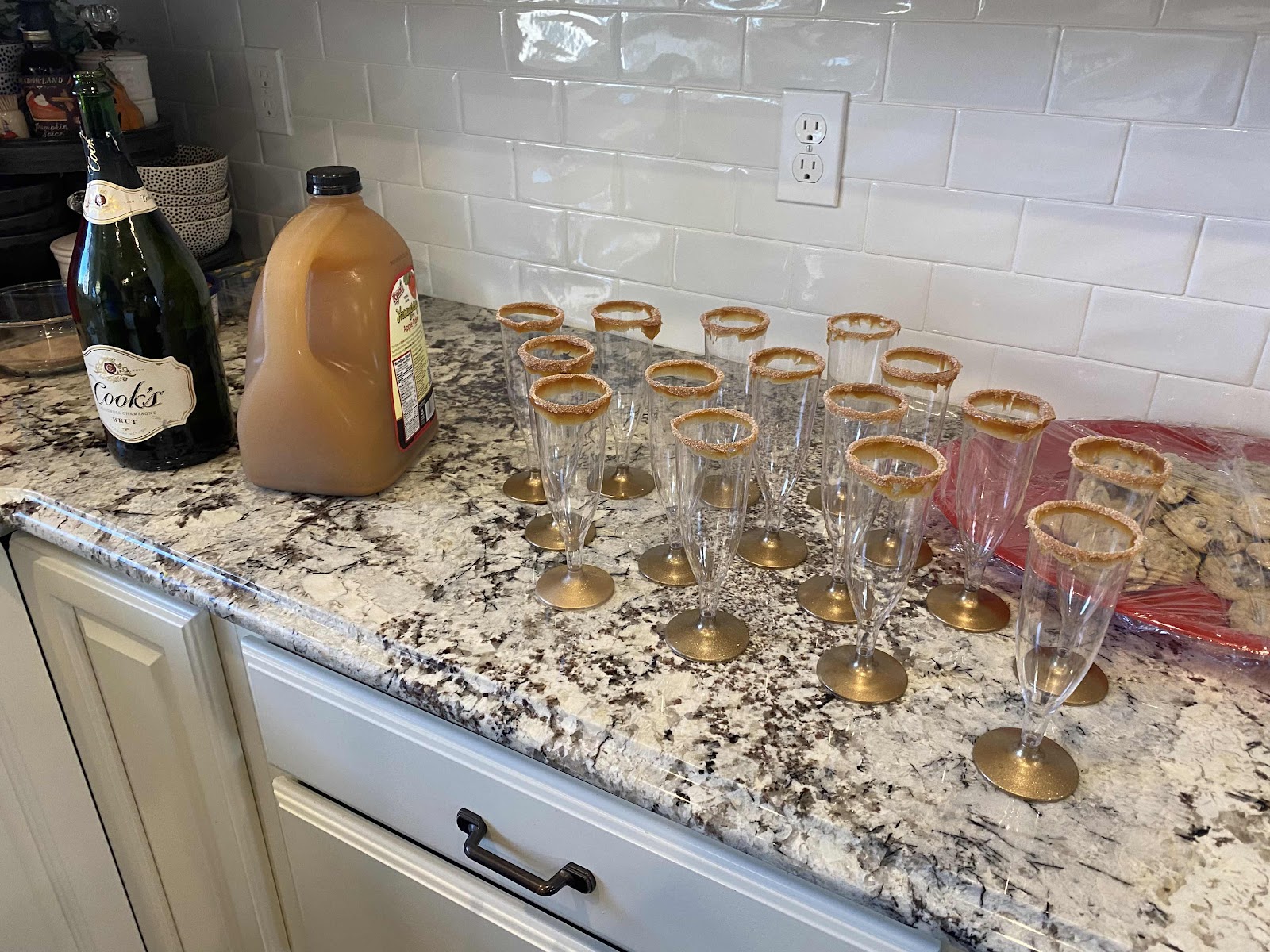 Originally, we talked about filling the island and placing a skeleton in the middle. We quickly realized that would be waaaayyyyyy too much food since about ten ladies come.
I found this fun runner at a local shop, Saddle and Sage. We put it down the center of my island and arranged the food from savory to sweet… 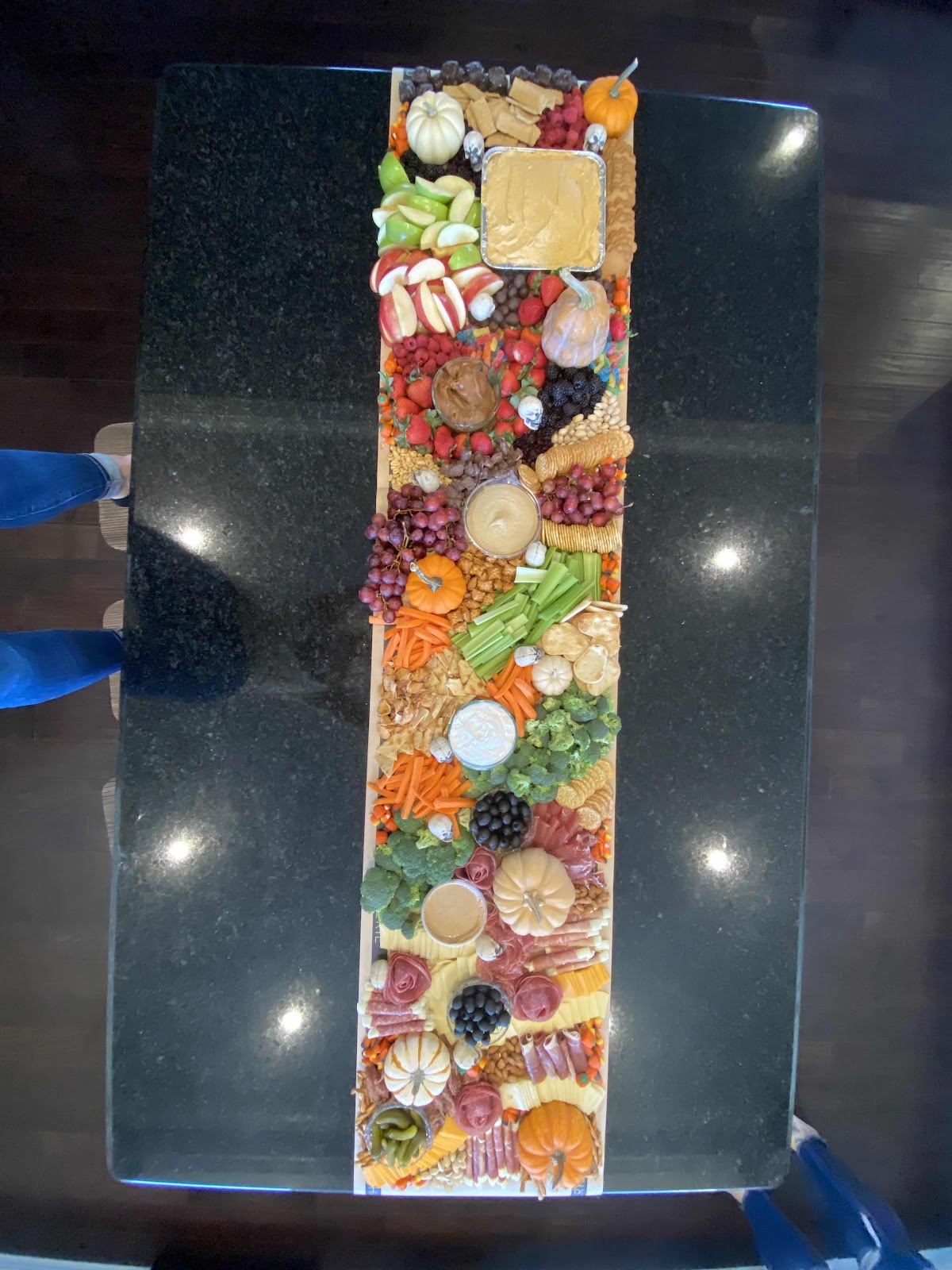 It was such a hit with all the ladies! 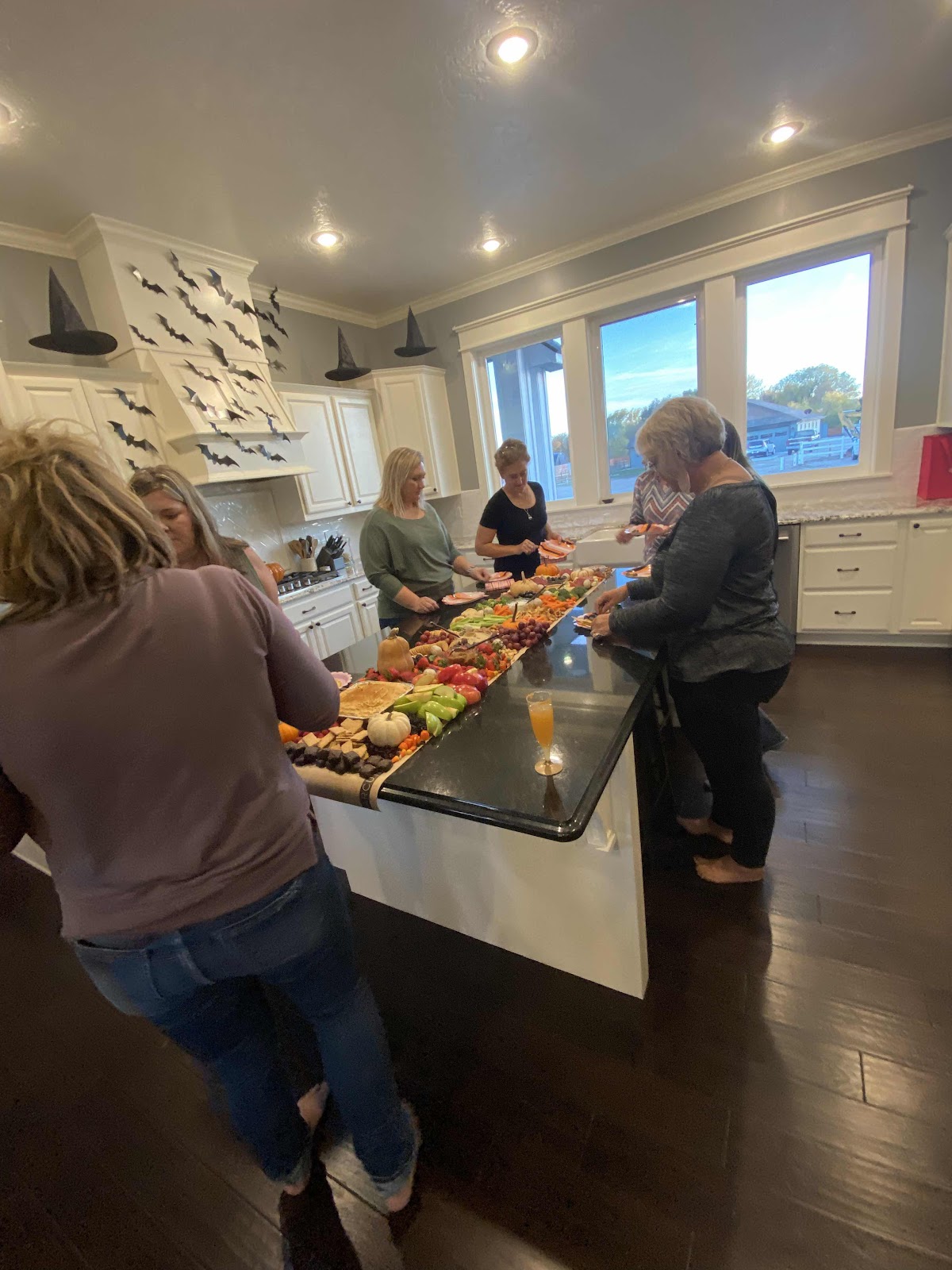 I made all the ladies pumpkin bread in the shapes of skulls for them to take home and enjoy later. 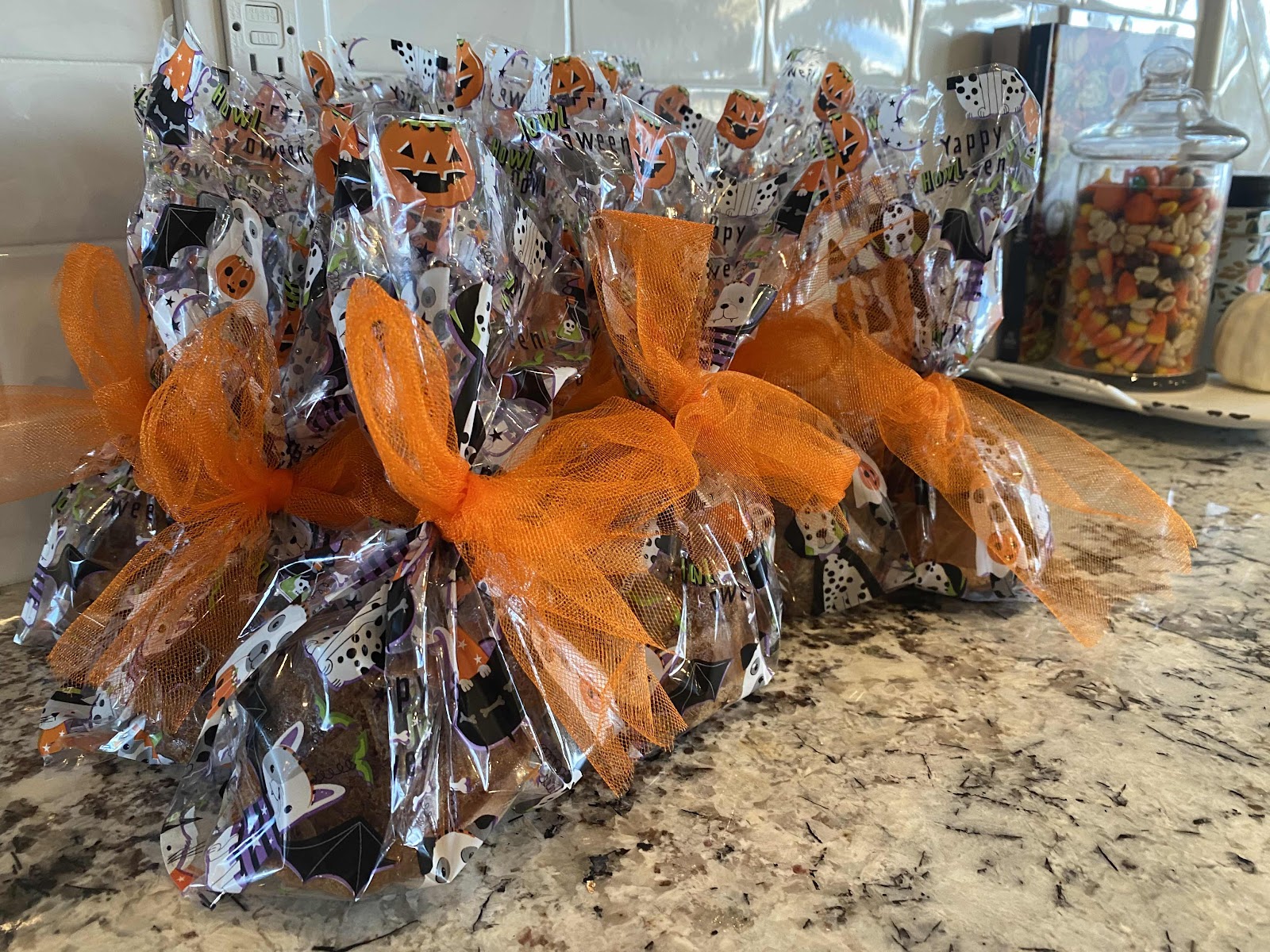 It was such a great night! I’m already thinking about what we can do for our December meeting since it’s at my house again! 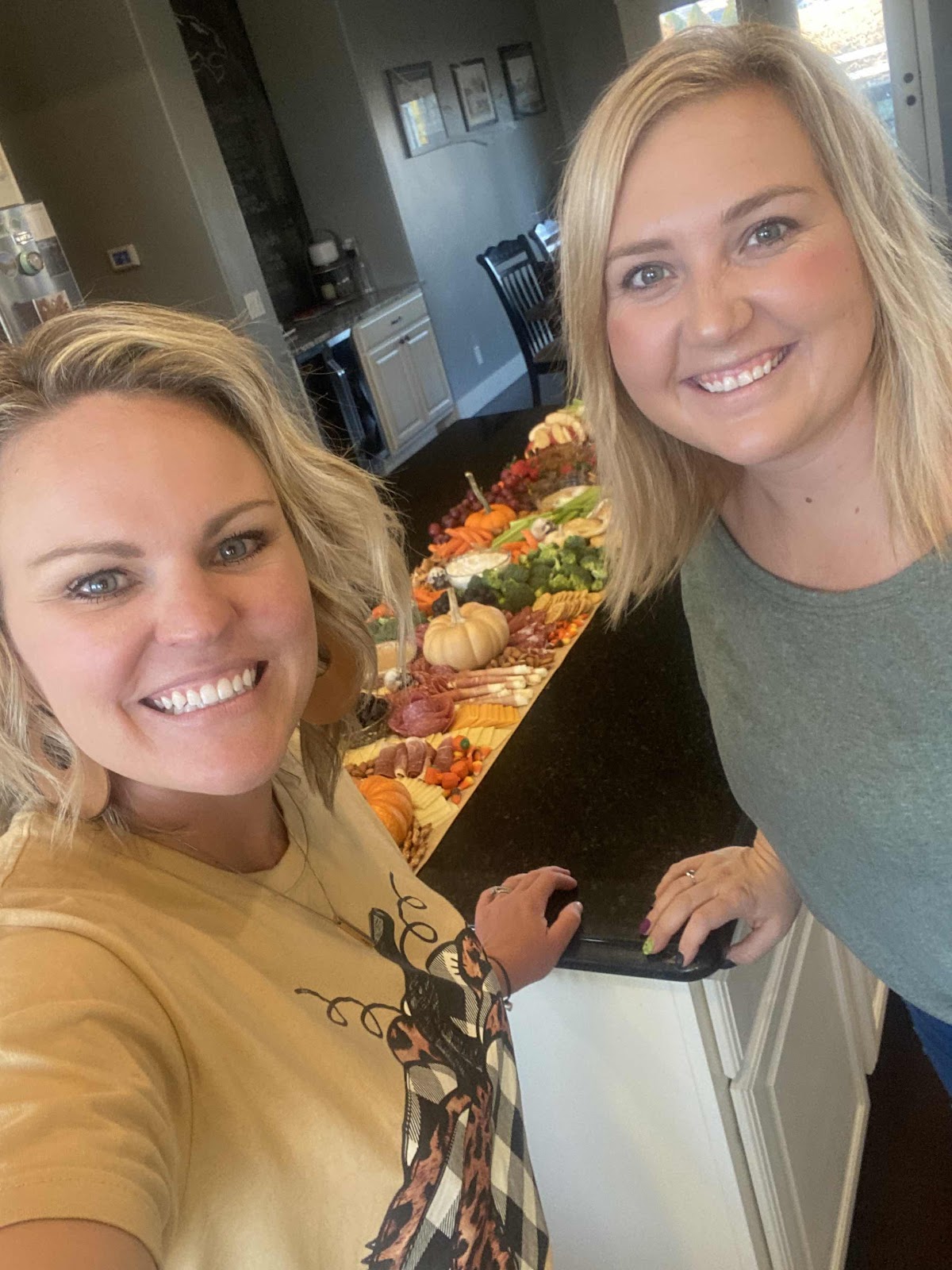 We met, ate, drank, and discussed Then She Was Gone.
Happy Wednesday, friends!
Email ThisBlogThis!Share to TwitterShare to FacebookShare to Pinterest
Labels: Bookclub, Books, Parties, Party