3 Things: Back to School Edition

It's the first day of school for Colson! I can't believe he's in third grade. It's going to be such a great year. Here are three things from each of us.... 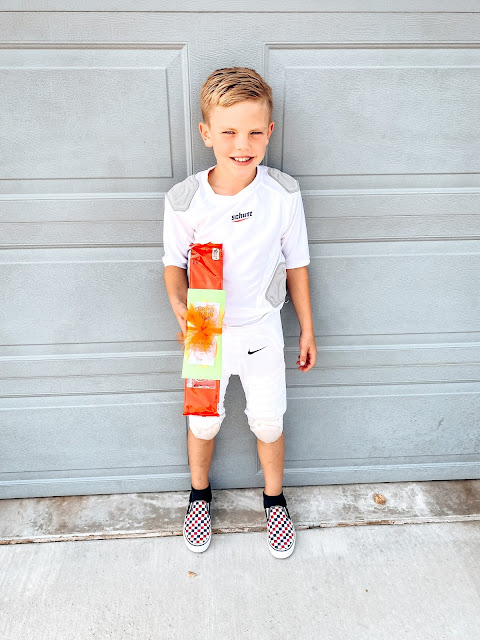 -New School-
This year Colson is attending a different school. It is still in our district, but he's attending the one I student taught at and I'm so excited! We asked him if he wanted to and he was all for it because he'll make friends at this school and his old school so when they all come together for middle school, he'll know everyone. He's social like his Mama and I'm so proud of him for that! I love that he isn't afraid of trying something new and making friends.
-Tackle Football-
This is Colson's first year of playing tackle football. So far he really enjoys it. He has so much to learn but he's doing amazing.
-Nasa-
The school he's attending this year has a Nasa program and he's so excited. They have a Nasa club that you have to apply for but all the students can participate in the science far and projects. He is so excited to do more science this year! 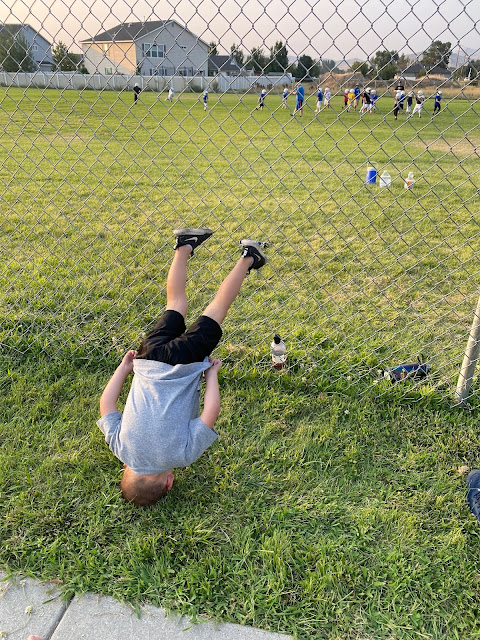 -His Shell-
Peyton is coming out of his shell. He is starting to be goofy and relax more while we're out. I love watching him get more comfortable with himself. He has always been more reserved and aware of who is around him. Lately, I've noticed that he doesn't care as much if people see him do silly things.
-JoJo-
I have no idea where it came from but he's started calling Grandma Jo, JoJo and insists that he needs alone time with her. They still share such a special bond and it makes me happy that she can take him and love on him when he needs it.
-Pre-K-
This year Peyton is going to school four days a week for half days. Last year he only went twice a week so it's a big adjustment. I'm sure he's going to do great! Part of him coming out of his shell, when he sees his teachers around town, he always gets excited and says hi. He used to shy away. 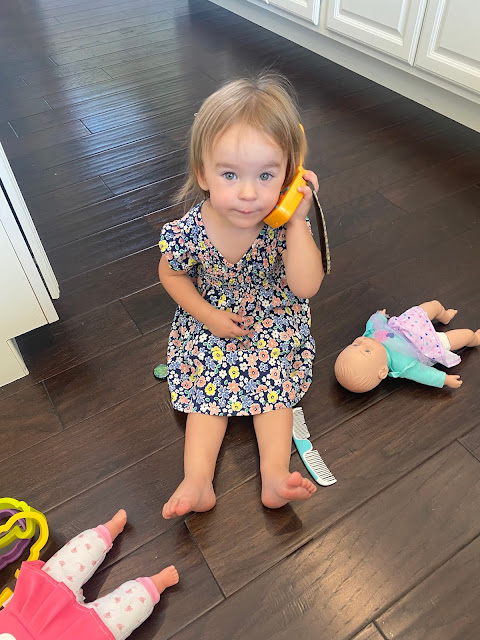 -Home-
Sister is stuck at home with Mom for another year. Little miss is attached at the hip with me so the one on one time with each other will be good for her. She will have four days a week for a few hours that we will get to spend together.
-I do it-
Anytime anyone tries to help she says, "I do it." Little miss independent. It's cute and I try my very best to be patient with her but oh.my.word.....
-Potty-
When Charlee turned two, she decided she was going to start using the potty. She still has accidents occasionally and wears a pull up at night but for the most part, she does great. Potty training isn't my favorite so to have her basically decide on her own it was time was so nice. 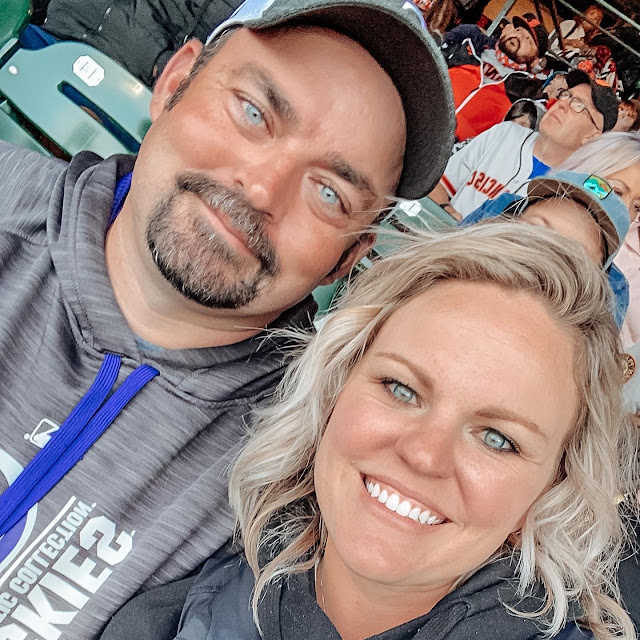 This summer has been full of traveling and as much as I've loved it, we're both ready to stay home. I never imagined I would say that....We have seen eight baseball games since April, in two different cities. I'm so thankful we both love watching sports.

Back to school is the start of my favorite season! I love the cooler mornings, all the activities, and the pumpkin spice! I can't wait to get into our fall routine!