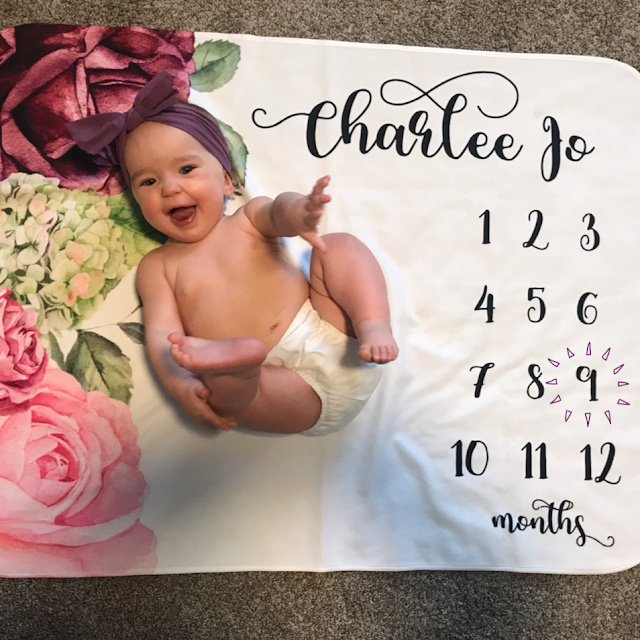 We don't have her nine month appointment until closer to 10 months. Her doctor wanted to wait until after her urologist appointment so we don't have any official numbers as far as weight and height goes. But she's still a little peanut! 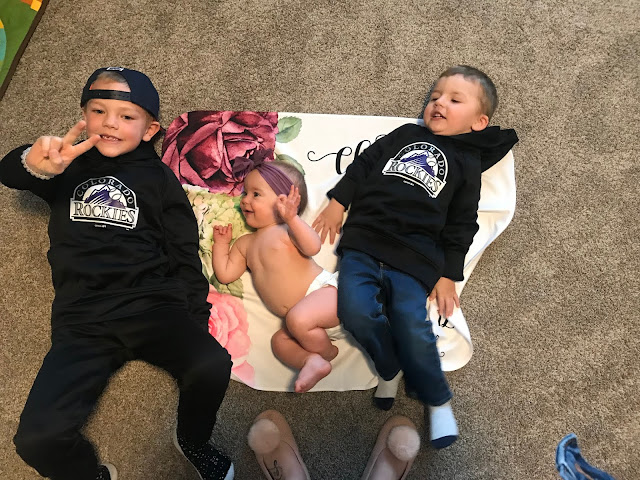 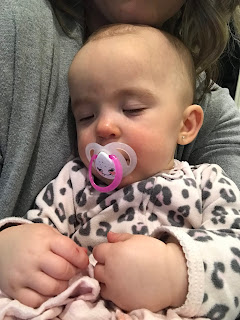 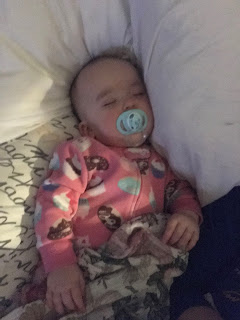 food: i basically give her whatever we're eating. she loves food that she can feed herself. she will feed herself a puree but the second she gets food she no longer wants it. trav and i went to Panda Express the other day and she was eating some puffs until i gave her some chow mein. she no longer wanted puffs. 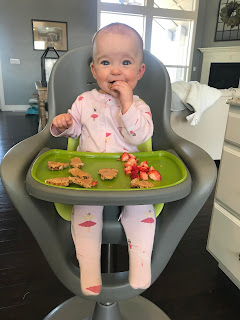 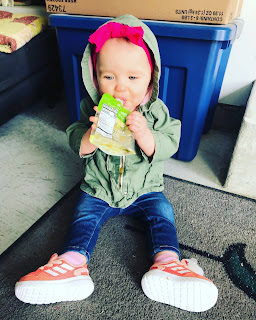 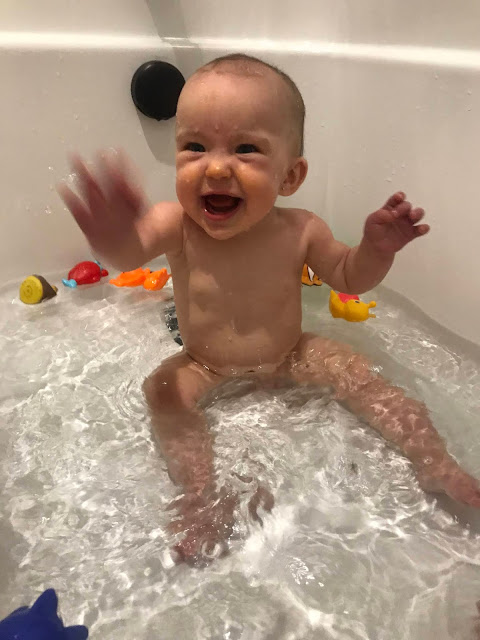 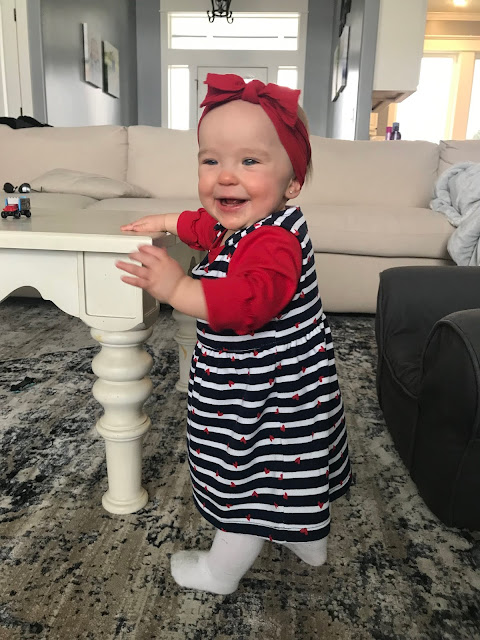 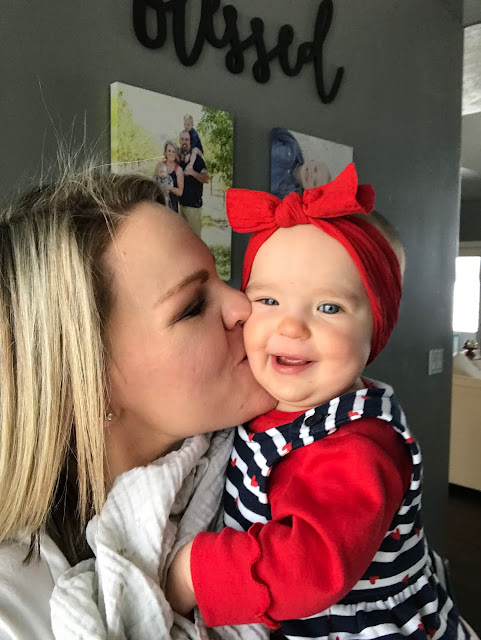 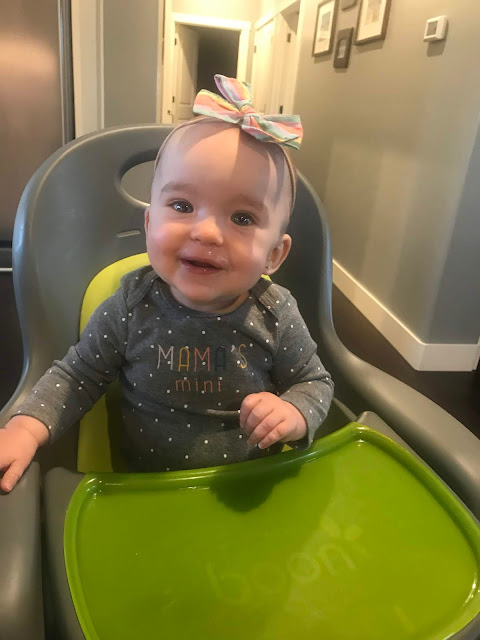 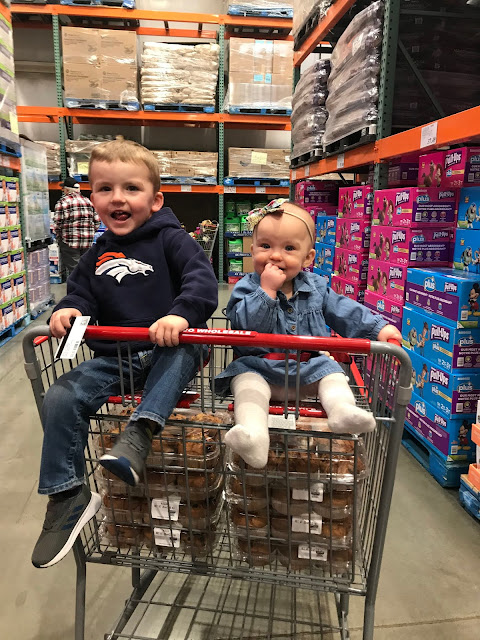 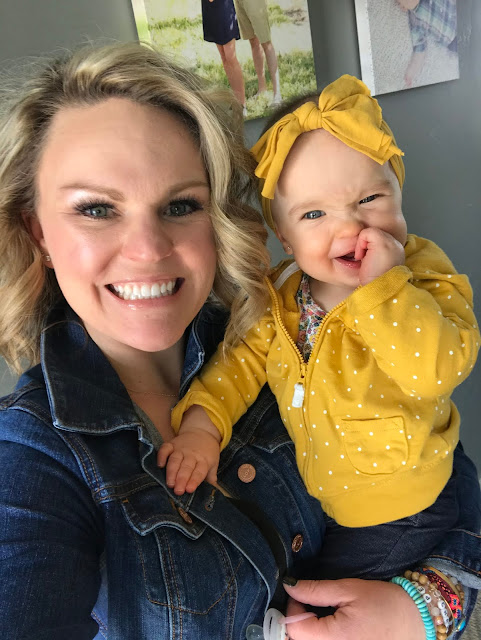 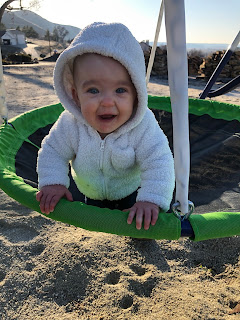 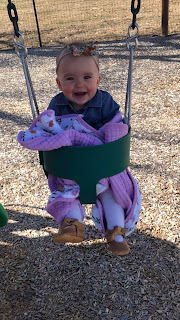 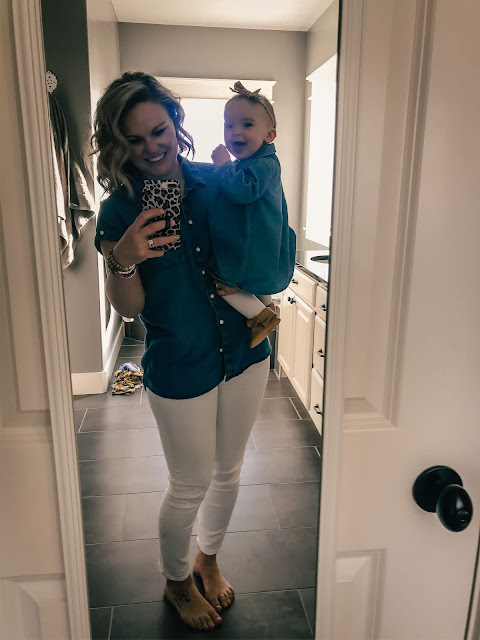 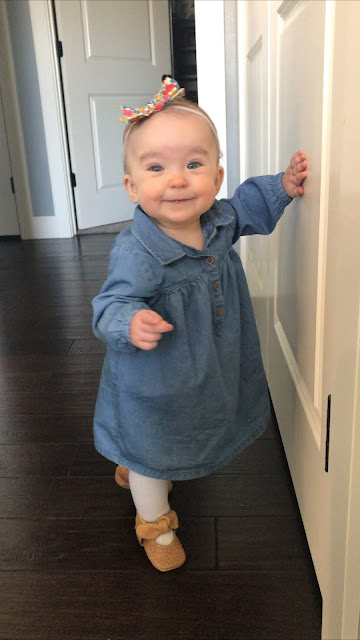 We love our sweet girl!