Two months already. I can't believe how fast the days are going. Way too fast for my liking. I think once Colson starts back to school it won't go by so quickly?!? At least that's what I'm hoping for.
Charlee Jo is so loved and adored in our family. The boys love her and still won't leave her alone. Peyton is starting to show some jealousy but nothing major. He just likes to be held more than normal. Which I love because he never wants to be held!
I still...two months in...can't believe I have a girl. It's the best!!! 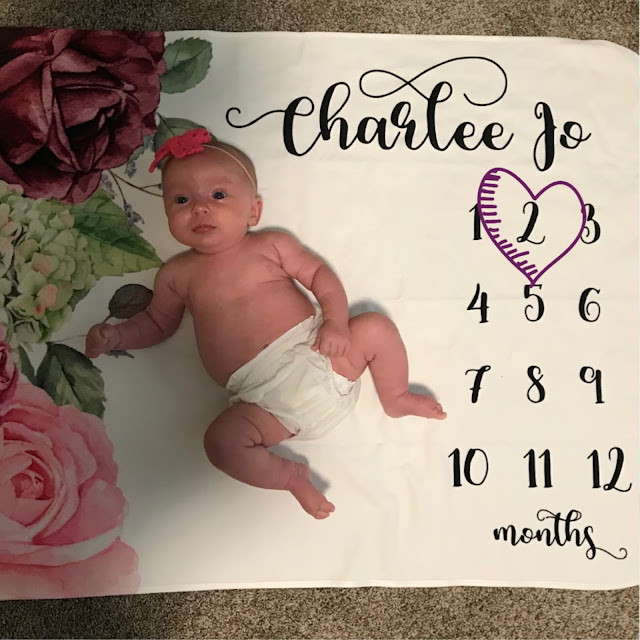 I took Charlee to the pediatrician yesterday for her 2 month check up. She is doing great and we have zero concerns. She is growing great physically and developmentally, she is doing wonderful! 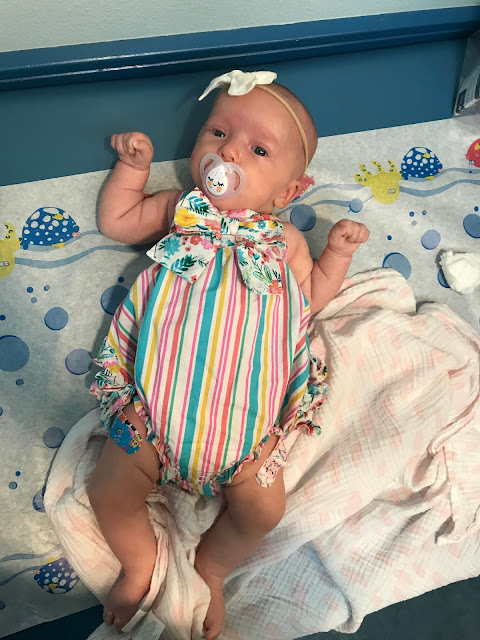 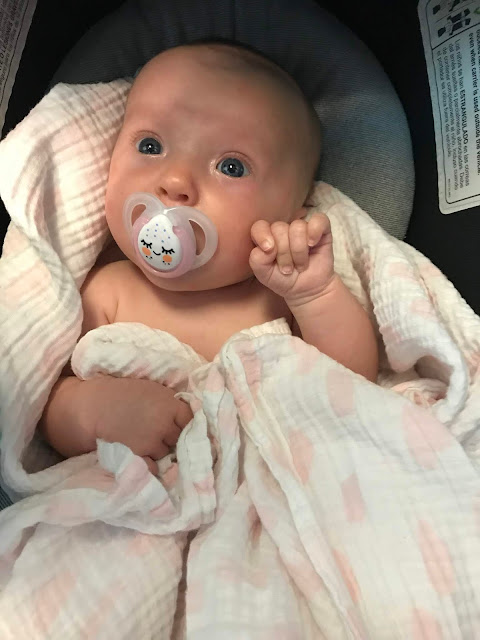 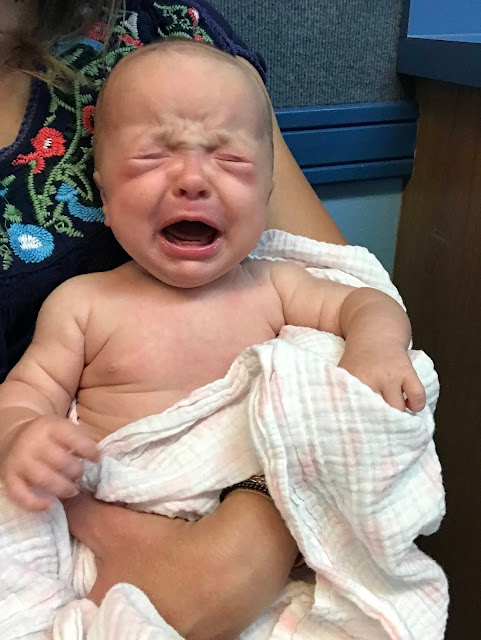 Girlfriend has a temper, even the nurse commented on it. Girl can scream!

Sister is normally on a great schedule for eating. She typically doesn't miss a meal or show up late. She has four to five ounces at 9, 12, 3, dinner at 5:30, and then her bedtime bottle at 8. She wakes once during the night to feed and then goes right back down. Sometimes she will even sleep until between 5 and 6 before needing a bottle. 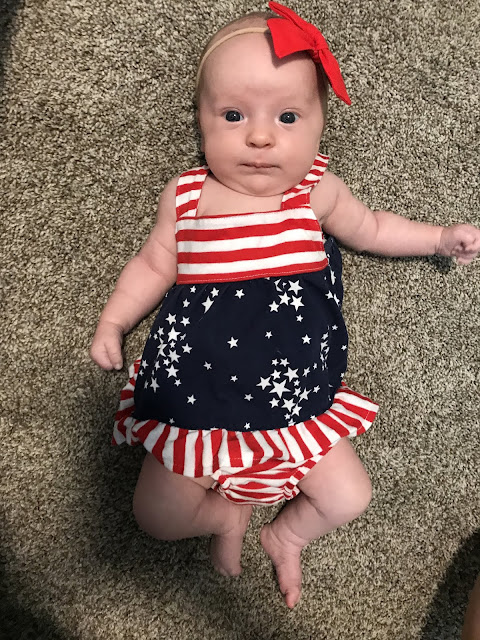 Sister is a fantastic sleeper, most of the time! She goes down after her bedtime bottle which is offered to her close to 8 every night. Some nights she will sleep until between 5 and 6. Other nights, she will wake around 2 and as soon as she eats, she goes back down. She takes three naps during the day. After she eats at 9, she is up until around 10 and then naps until she is ready for "lunch" at noon. She naps from around 1 until her afternoon feeding at 3. Then, she naps after her "dinner" feeding in the evenings for about 45 minutes.

She sleeps most of the time in the dock a tot. She takes most of her evening naps in the swing. I'll put her in it while I get dinner and she falls asleep. She loves to be swaddled tight. She has been in her own room for a month now and does great. I just have a sound machine going and the monitor. 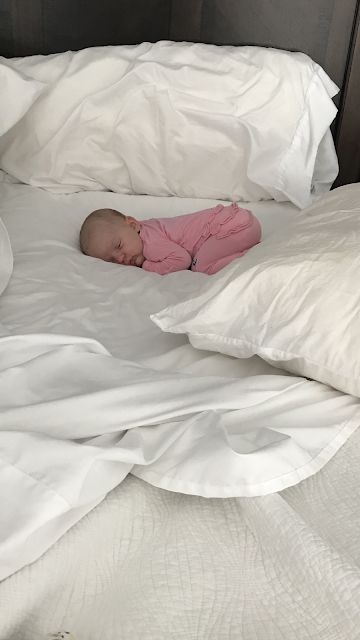 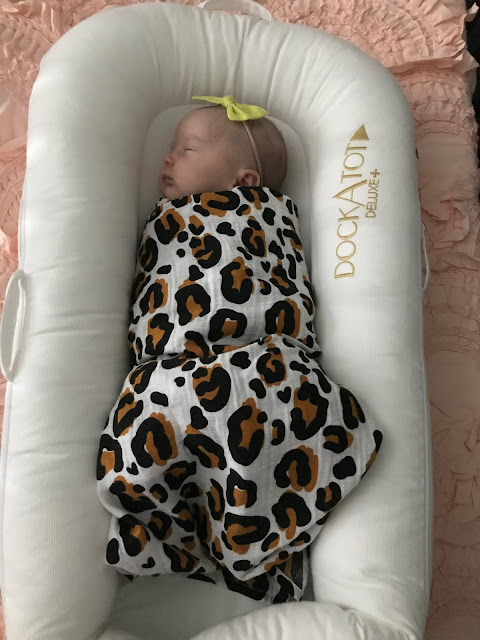 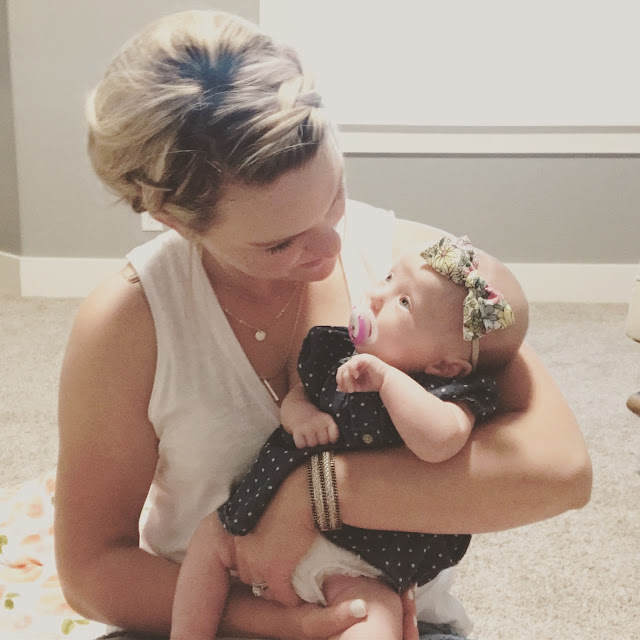 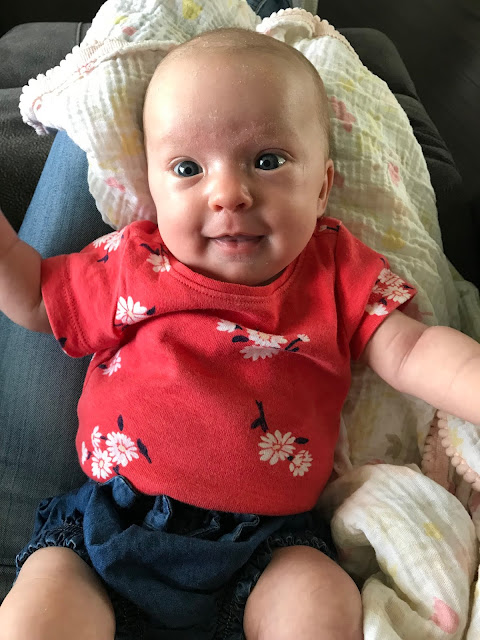 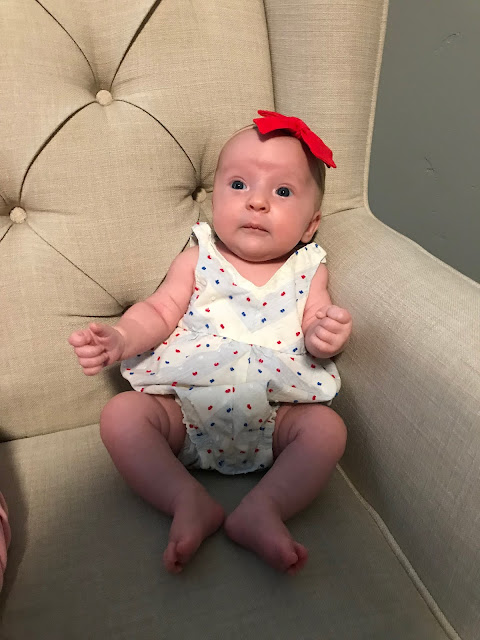 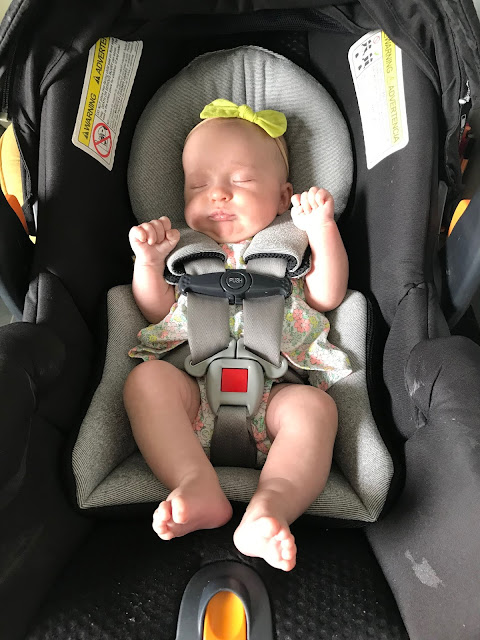 She is starting to not freak out in her car seat! 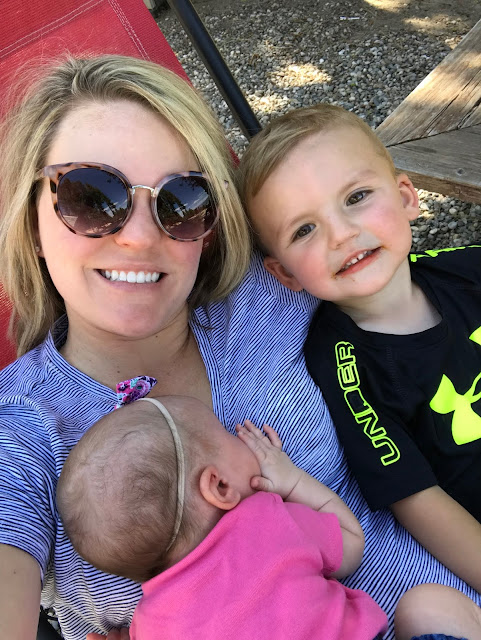 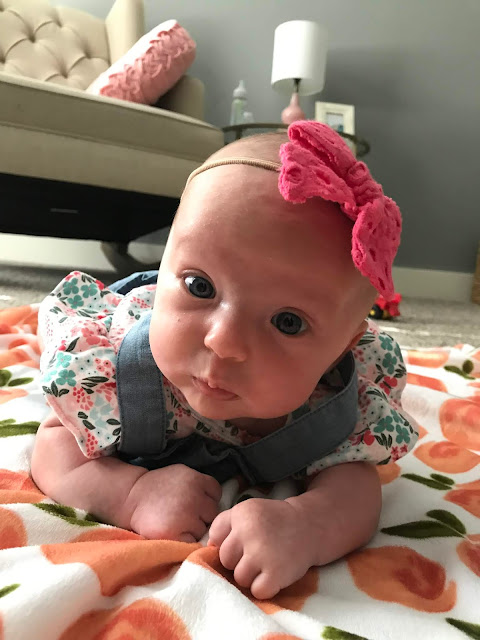 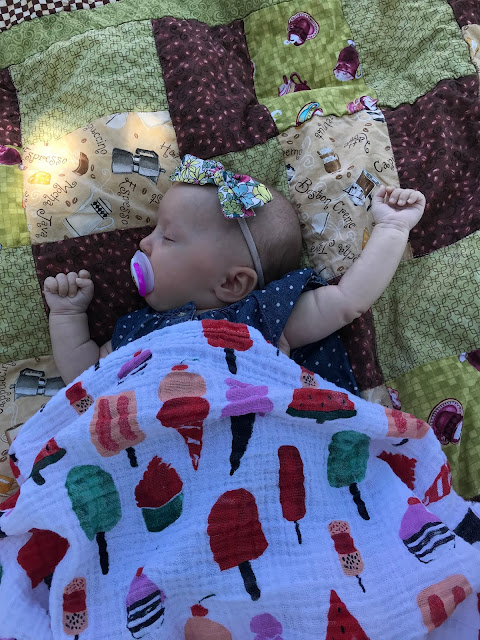 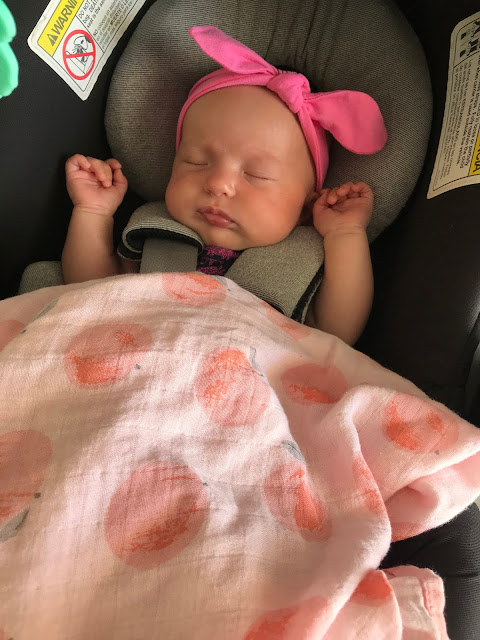 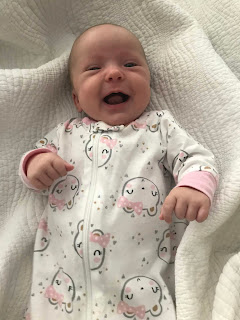 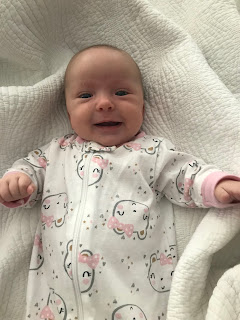 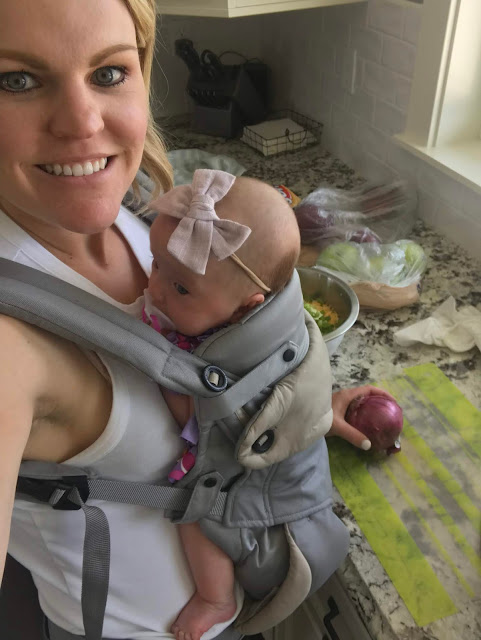 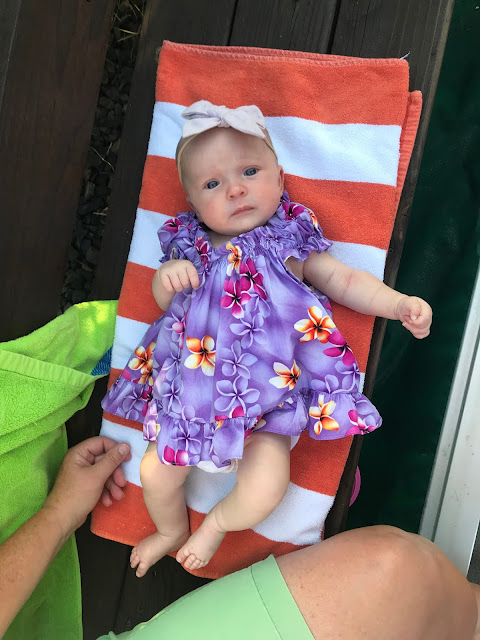 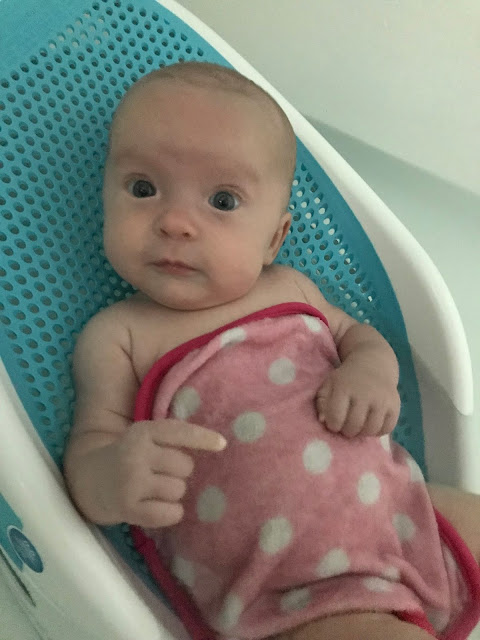 She loves the bath! 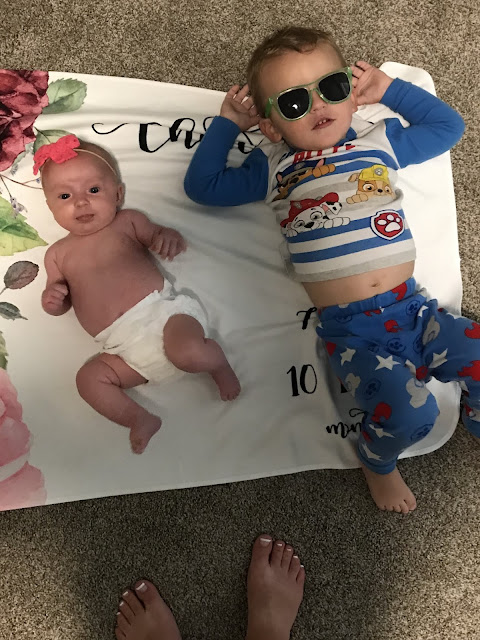 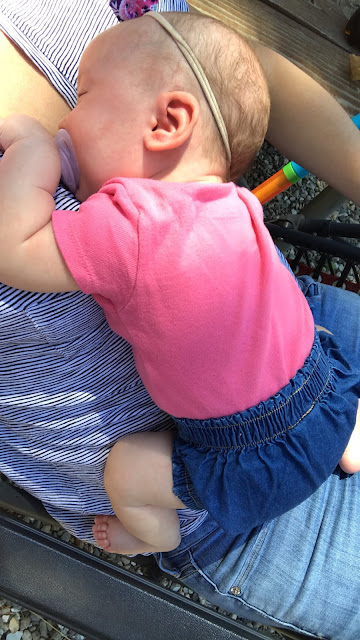 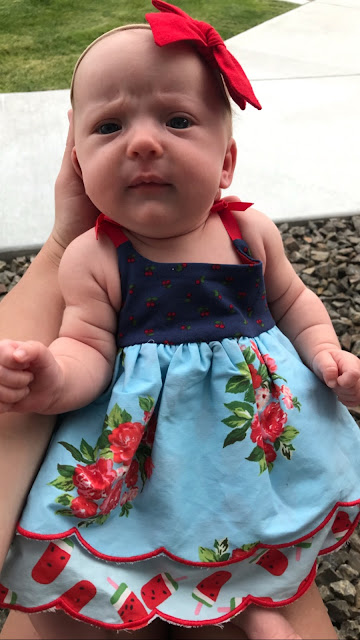 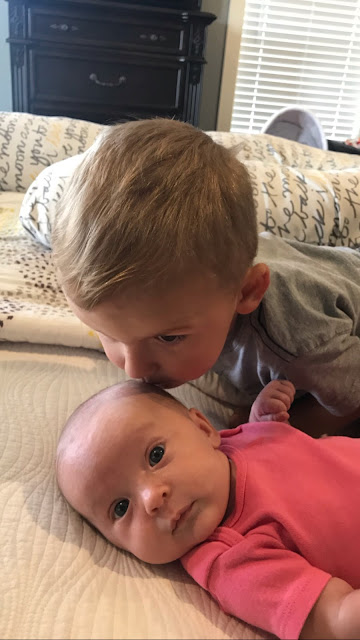