Happy Friday, friends! We have had a busy and eventful week at our house! I'm linking up with some of my favorite bloggers to share my favorites from throughout the week.

On Monday, I survived my first outing with all three children by myself! Charlee had an appointment at the doctor and then we ventured to Target! 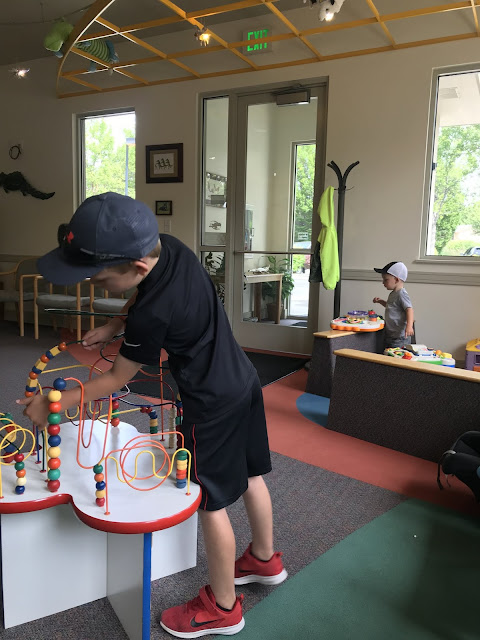 Both of the boy's favorite thing to play right now is baseball. We had our last t-ball game of the year on Wednesday and it's safe to say that everyone in our house is going to miss it. Travis coached again this year and had such a great year. We had awesome parents on our team, all the kids improved during the season, and it was so fun to watch them! 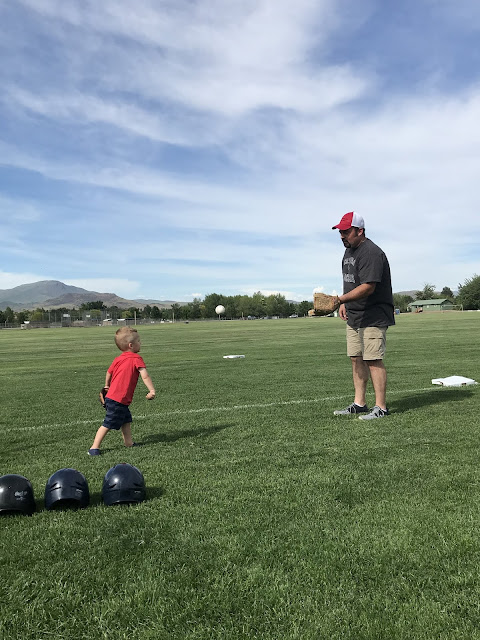 During Monday's game, Colson got hit in the eye with a baseball while running into home plate. Of course he cried and it hurt so Travis promised him a root beer float if he stopped crying and got back onto the field. Getting a big root beer float was a favorite for Colson this week. 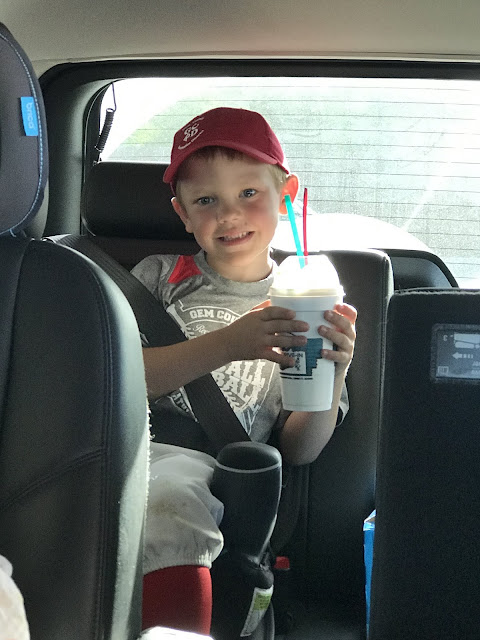 Summer and the heat is wearing the boys out. I've made them both lay down and take naps multiple times because they are just worn out! I went into find them both passed out on Colson's bed, which is my favorite since before sending them to bed they were fighting with each other! 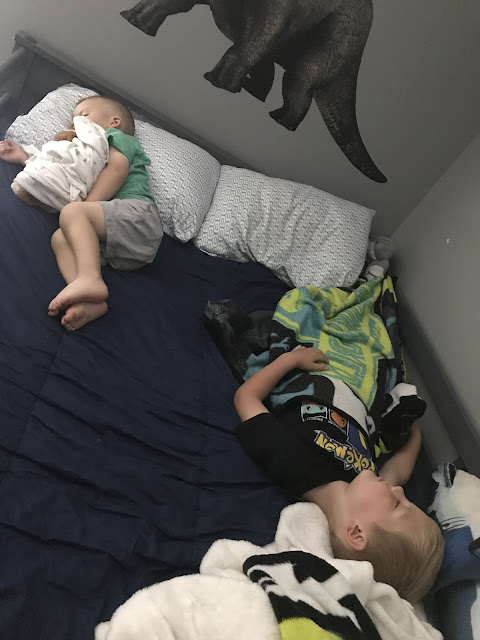 This little guy has an ear infection so we made another trip into the doctor. His favorite doggy joined us. Since bringing Charlee home, he has seemed so big, but seeing him up on the table with his doggy and blanket is a glimpse back at my baby! 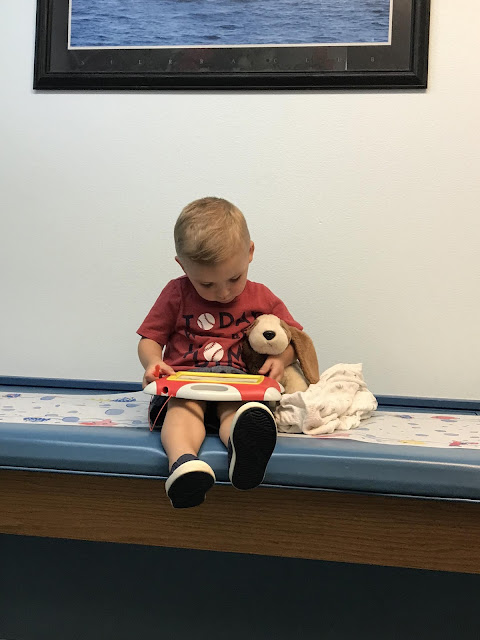 Ashley came to our house and took newborn pictures this week and they are my favorite! She does such a great job capturing my kids and their personalities. I will share them later next week! 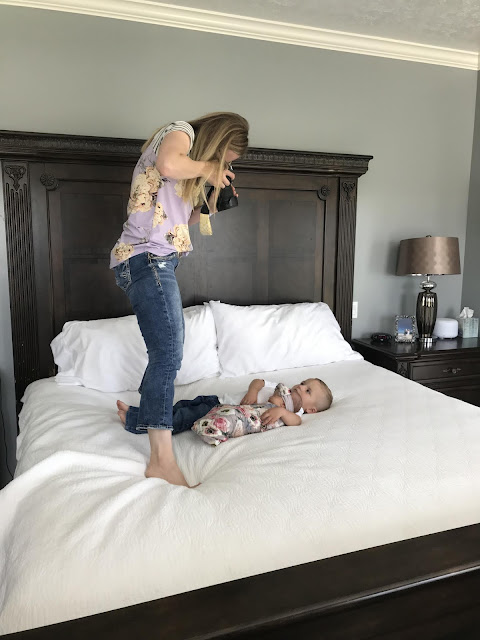 One of Colson's favorite days of the year was yesterday, the Cherry Festival! He always looks forward to it and this year both of the boys had so much fun! Colson went down with some friends and rode all day. Peyton and I joined a little later in the afternoon. 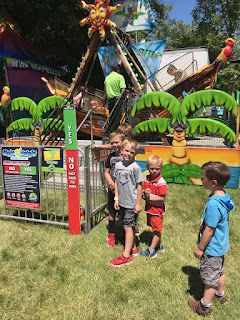 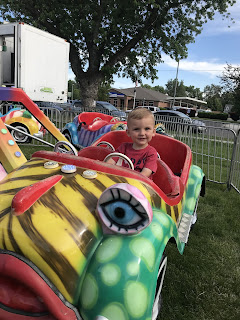 Even Travis joined in on the fun after work! 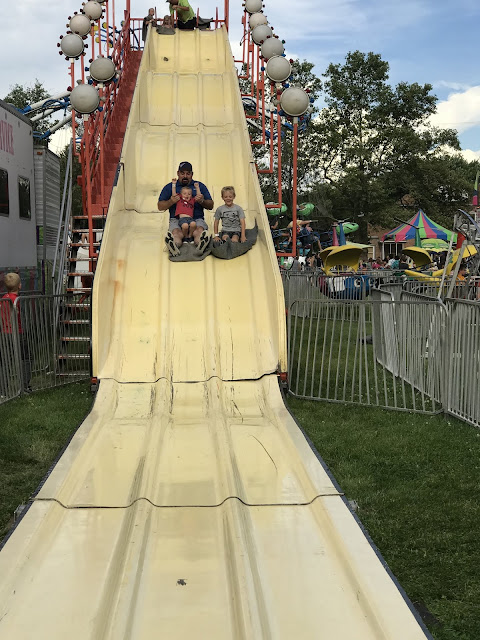 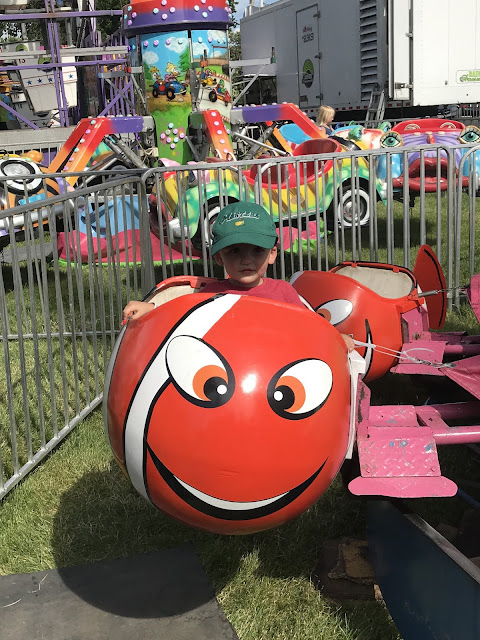 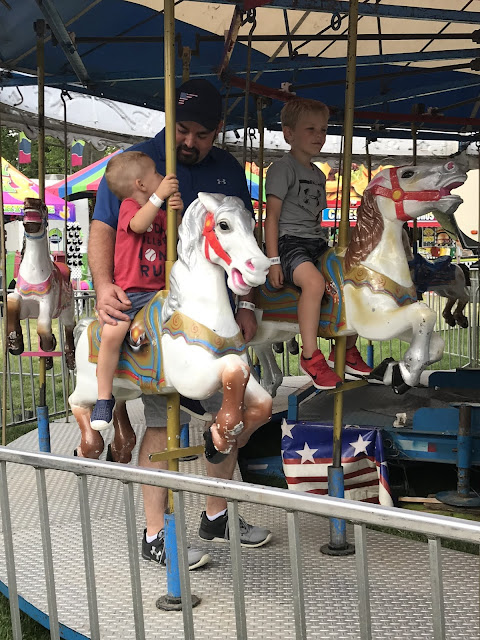 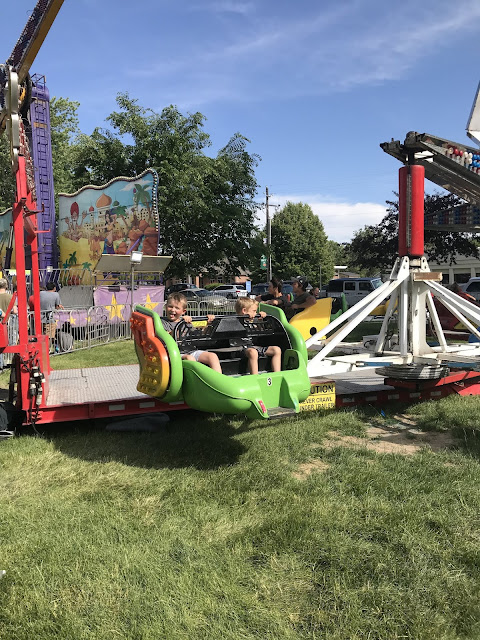 Nana and Papa came down to watch the boys ride and Peyton was loving the shoulder ride from Nana! 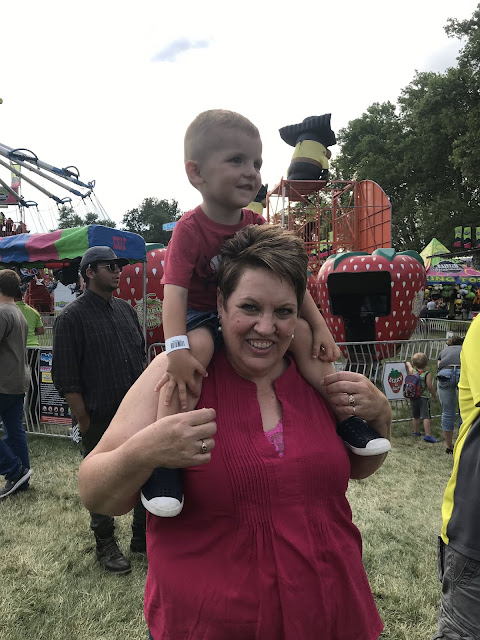 We ended the night with games. Each of them got to play three games. Fishing was our favorite! 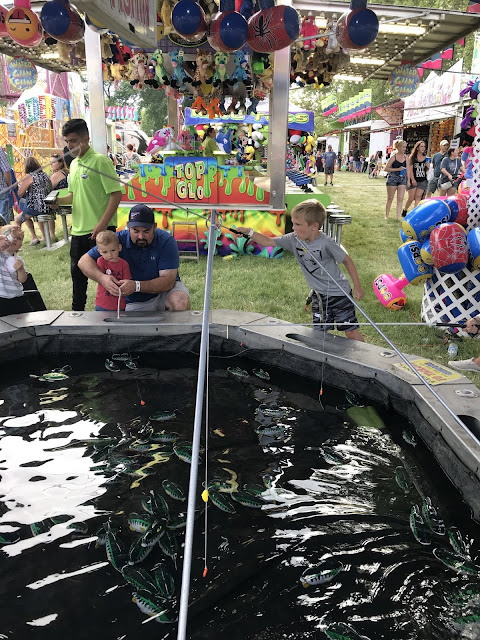 Bringing home all the prizes! 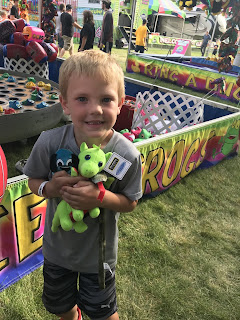 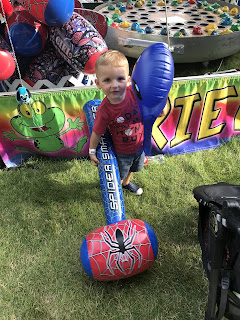 We had a great week and I hope you all did too! Now, off to get ready for a busy weekend!
Email ThisBlogThis!Share to TwitterShare to FacebookShare to Pinterest
Labels: Friday Favorites, Link-up