Happy Monday, friends! This weekend was full of plans that mostly got cancelled. I'm not complaining, the snuggles were nice.

On Friday night, we ordered a pizza and spent the evening watching football together in our jammies. Family time is never a waste in my opinion! :) 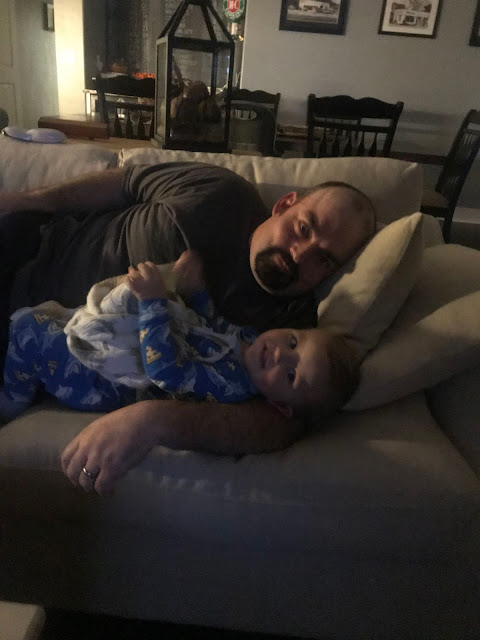 Saturday morning basketball. Colson is playing Y-ball again this year. I love watching him learn and get better at a sport that he enjoys playing so much. He looks forward to basketball every week. 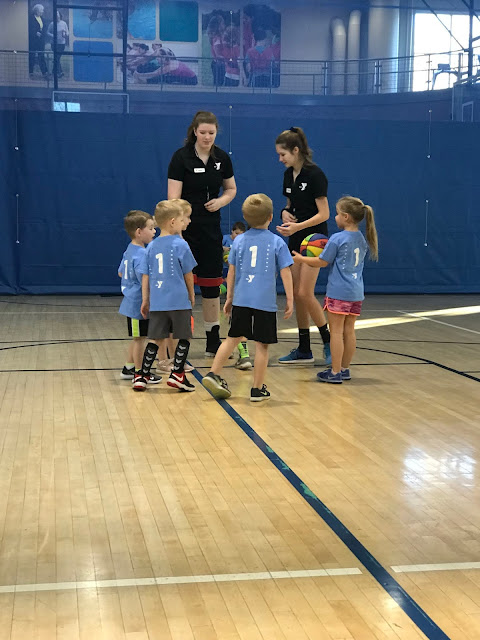 Peyton looks forward to steeling sips of Gatorade and seeing his grandparents. 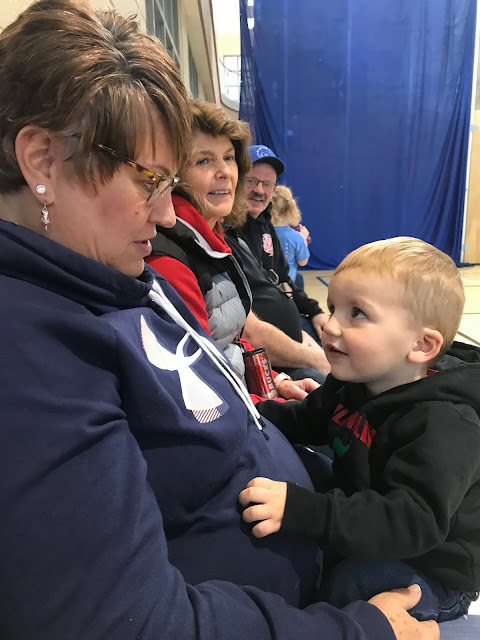 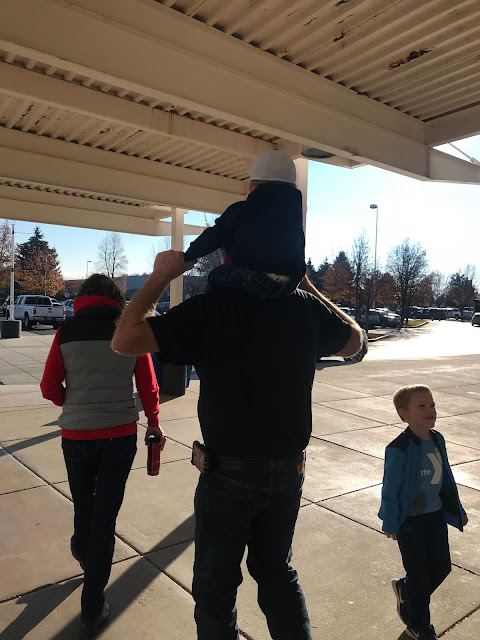 After leaving basketball, I headed to Target. I was able to get some Christmas shopping done since the boys went home with my parents. Also, the Magnolia Christmas collection is out at the Target closest to us. I love their home collection. I walked away empty handed but it took a lot of will power. 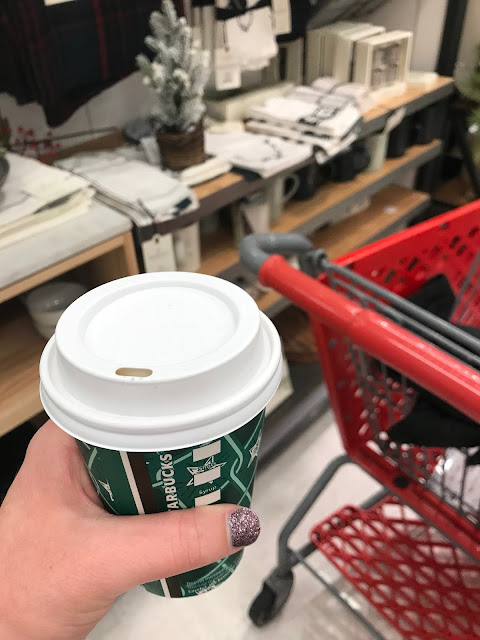 I also stopped and picked up a new Christmas tree. Ours broke from last year and so we needed a new one. I've been trying convince my husband to get a King of Christmas flocked tree, but haven't had any luck. Well......I WON ONE!!! Of course after already buying a new one. I can't wait until it arrives. I have no idea where it's going but I promise I'll find a home for it!

Sunday morning, I had big plans on making it to church, but instead we snuggled in our bed and watched Paw Patrol. 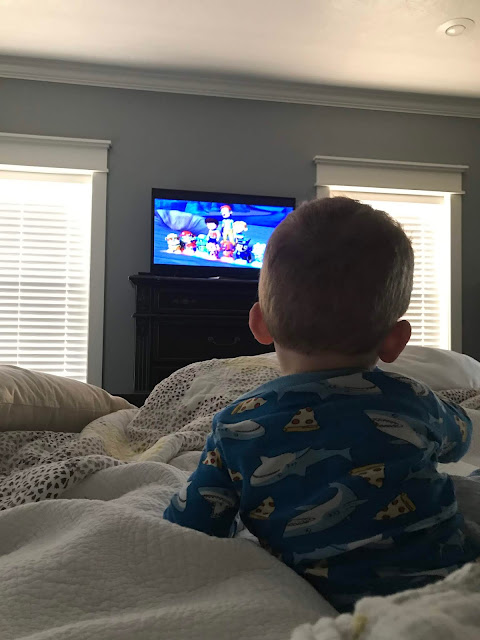 And then THIS happened!!! Travis is hanging Christmas lights! This week the boys are home all week. We don't have a lot planned, but I'm really looking forward to Thanksgiving. Anyone having a hard time accepting that it's almost December?!

I hope y'all had a great weekend!