Happy Tuesday, friends! I hope you enjoyed your long weekend! We had a full weekend, but it was great!

We started off Friday evening with a visit to the goats. 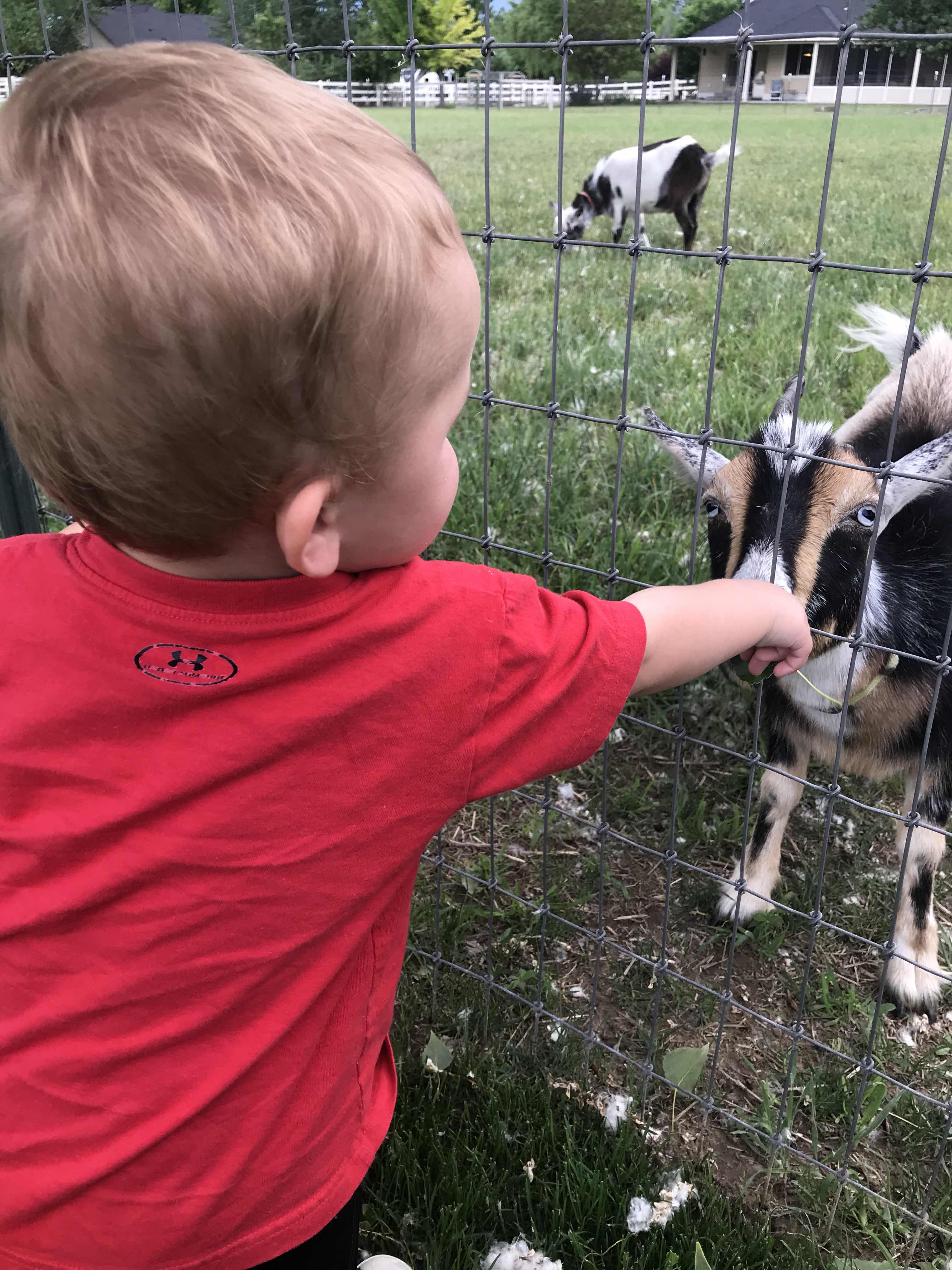 Colson had his first successful friend sleepover. The boys got to stay up late and watch a movie and then camped out in Colson’s room. They were up bright and early on Saturday!

Travis was working on the play set so they offered their help in between playing. 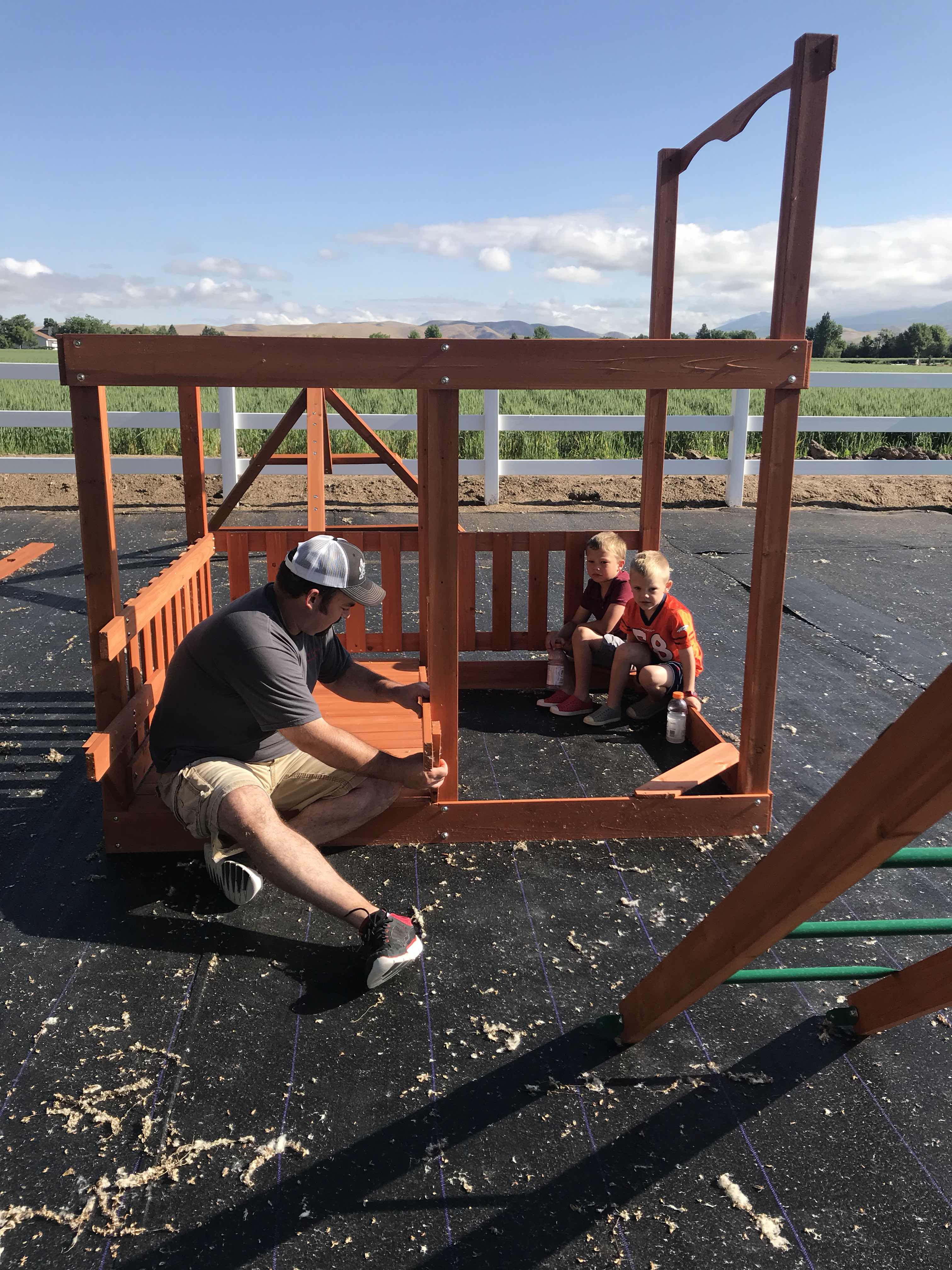 Travis and I went to a graduation party on Saturday night and I asked him for a picture when we got home.... 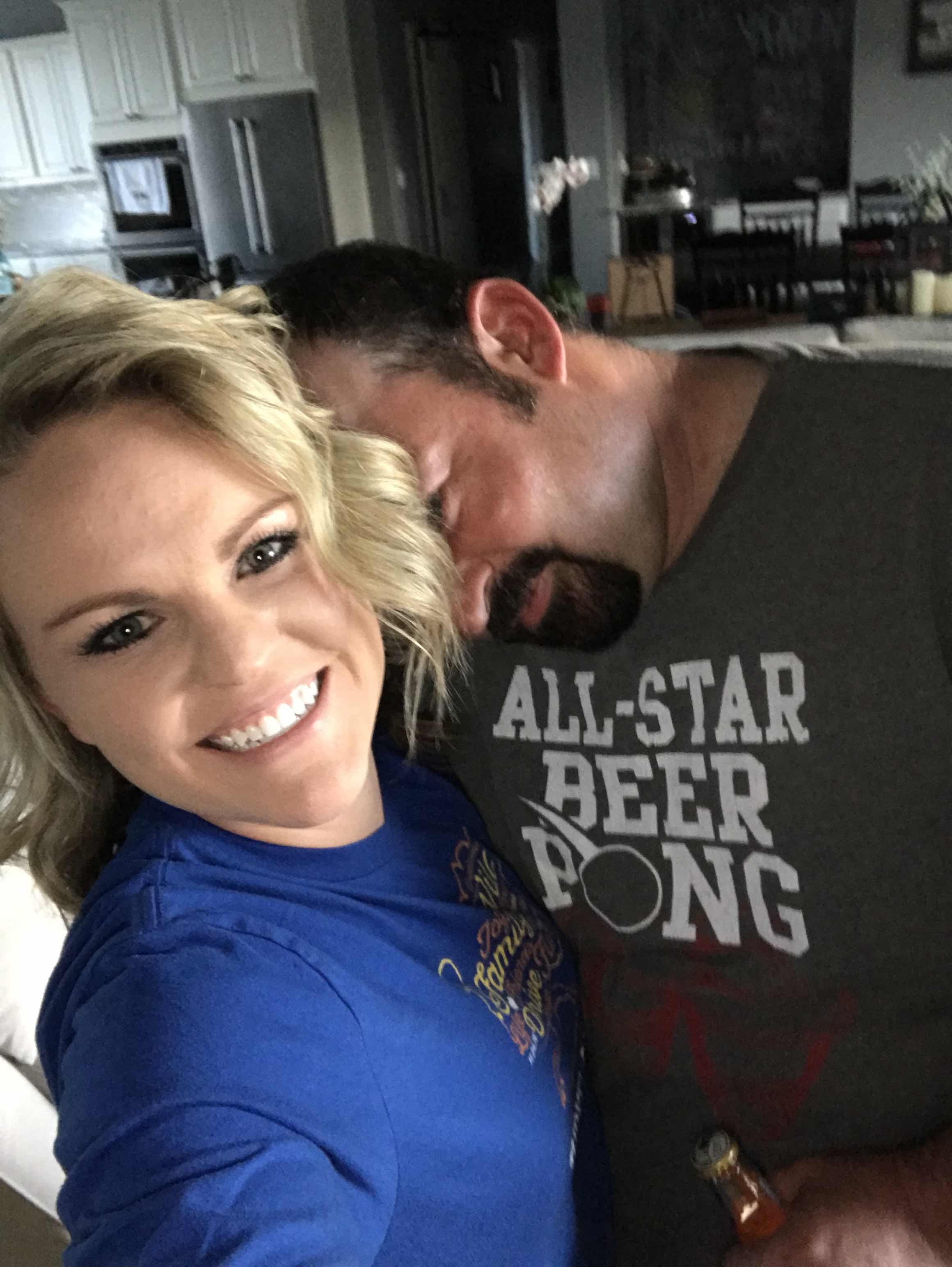 Ahh, much better! He hates that I take so many pictures. I pulled out all of my red, white, and blue decorations for summer on Saturday! I think they are the colors of summer. 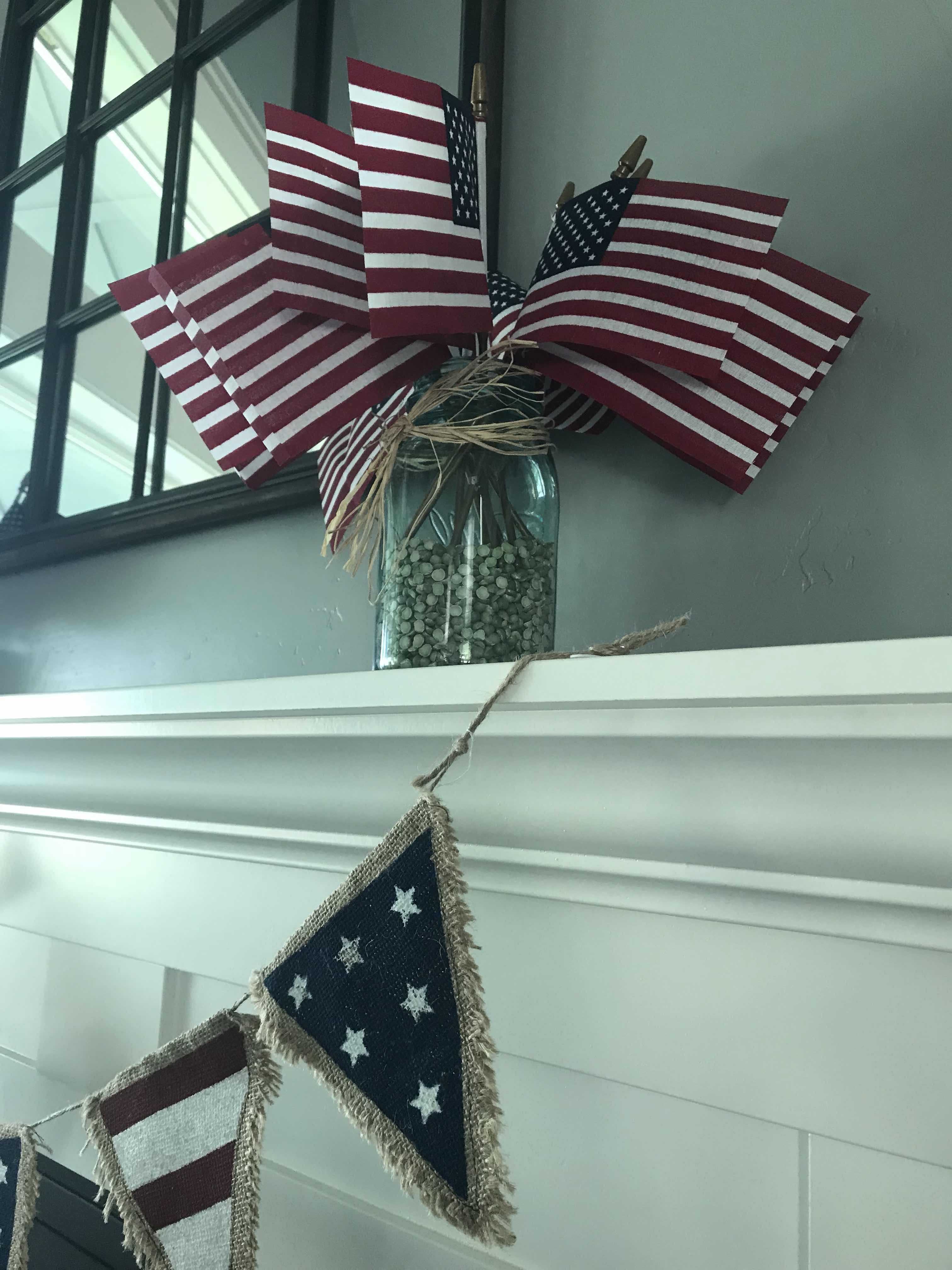 Sunday morning, Peyton and I ran to Target to pick up some things. He’s such a trooper. His brother opted to stay with Nana while we went! 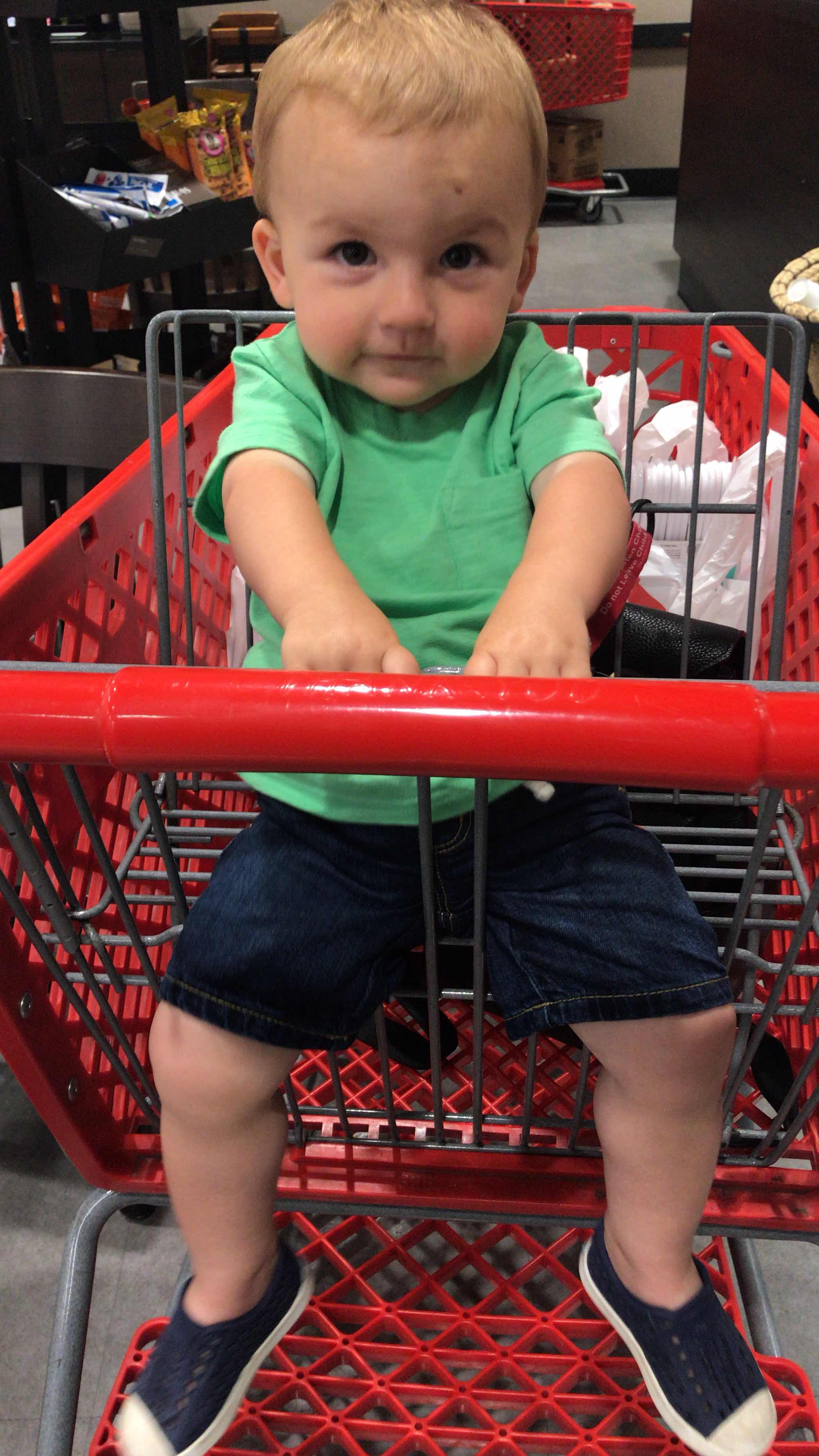 They boys and I went to a first birthday party for Claire. Such sweet babies!! Colson was way too busy playing for any pictures. 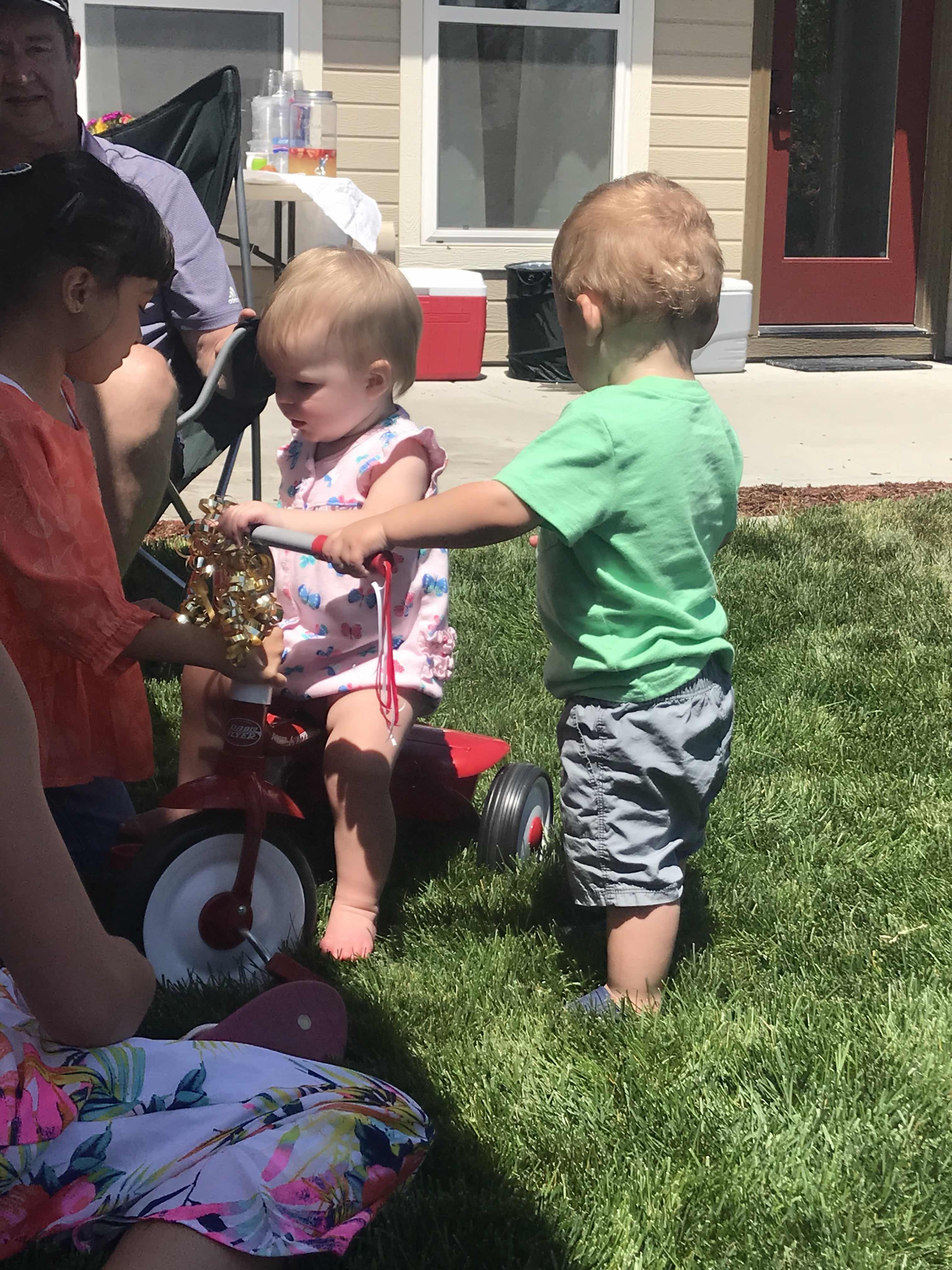 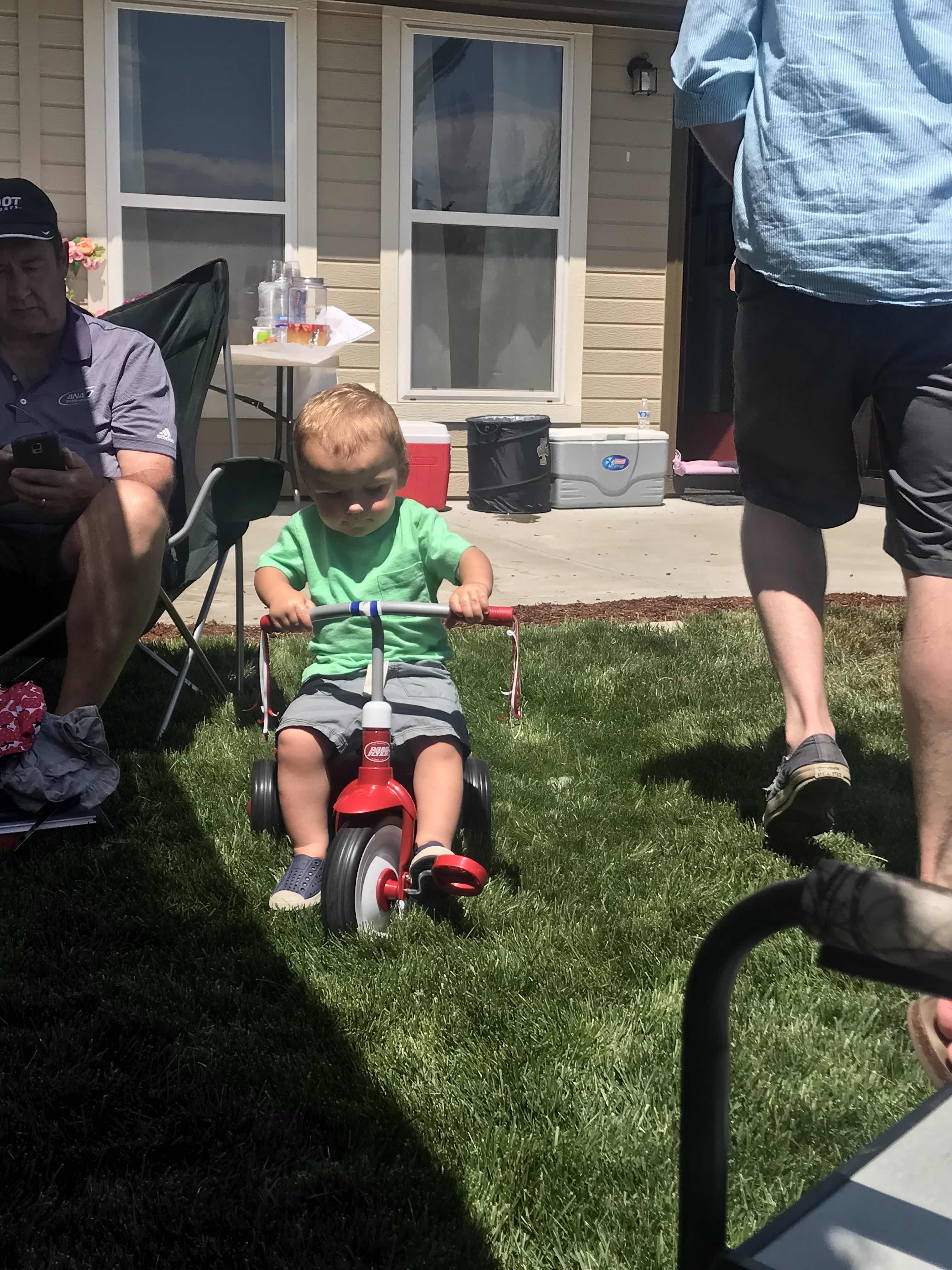 We came home to an almost complete play set! The slide was the only thing left to put on. Travis has worked so hard putting it together! 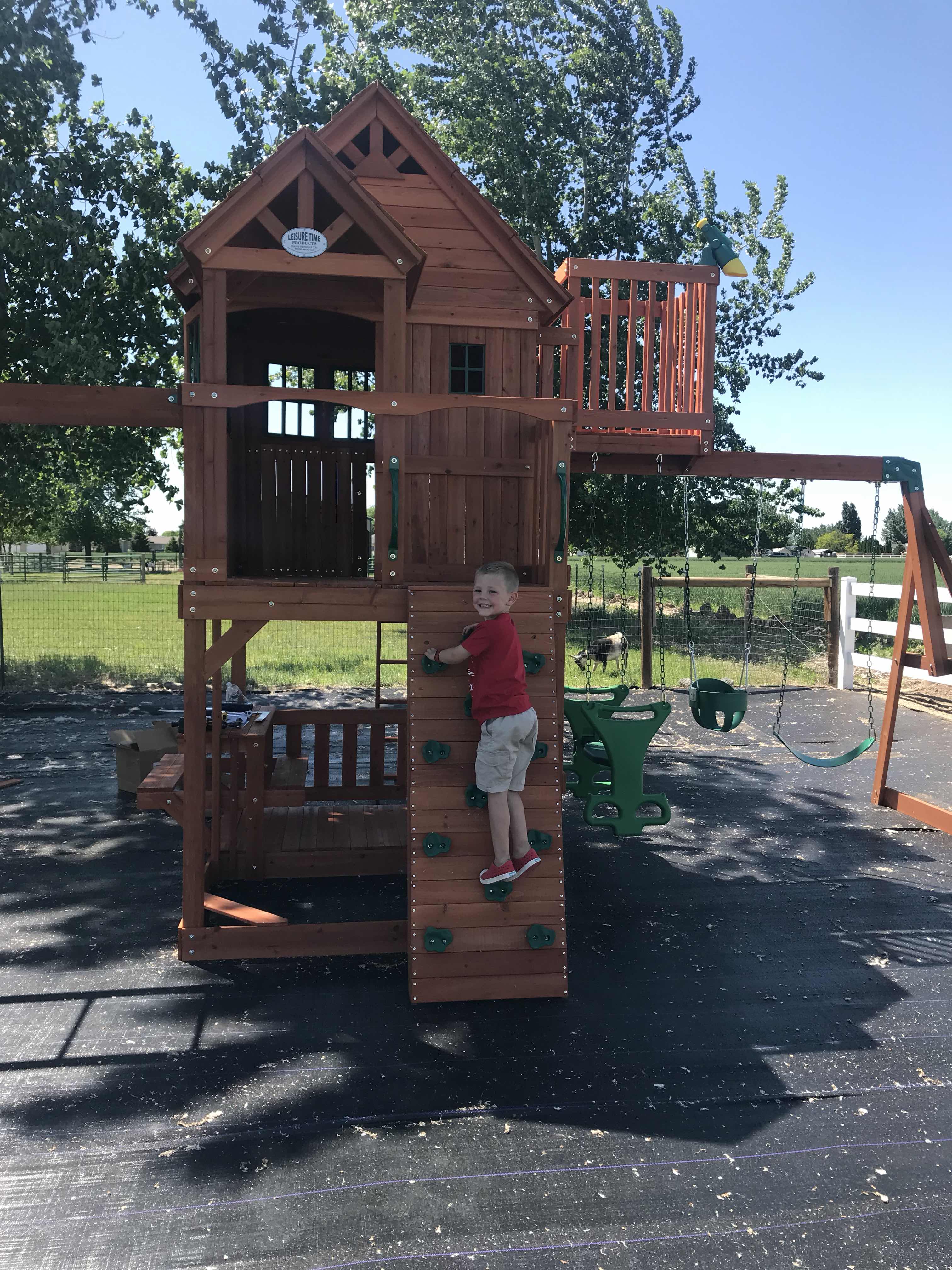 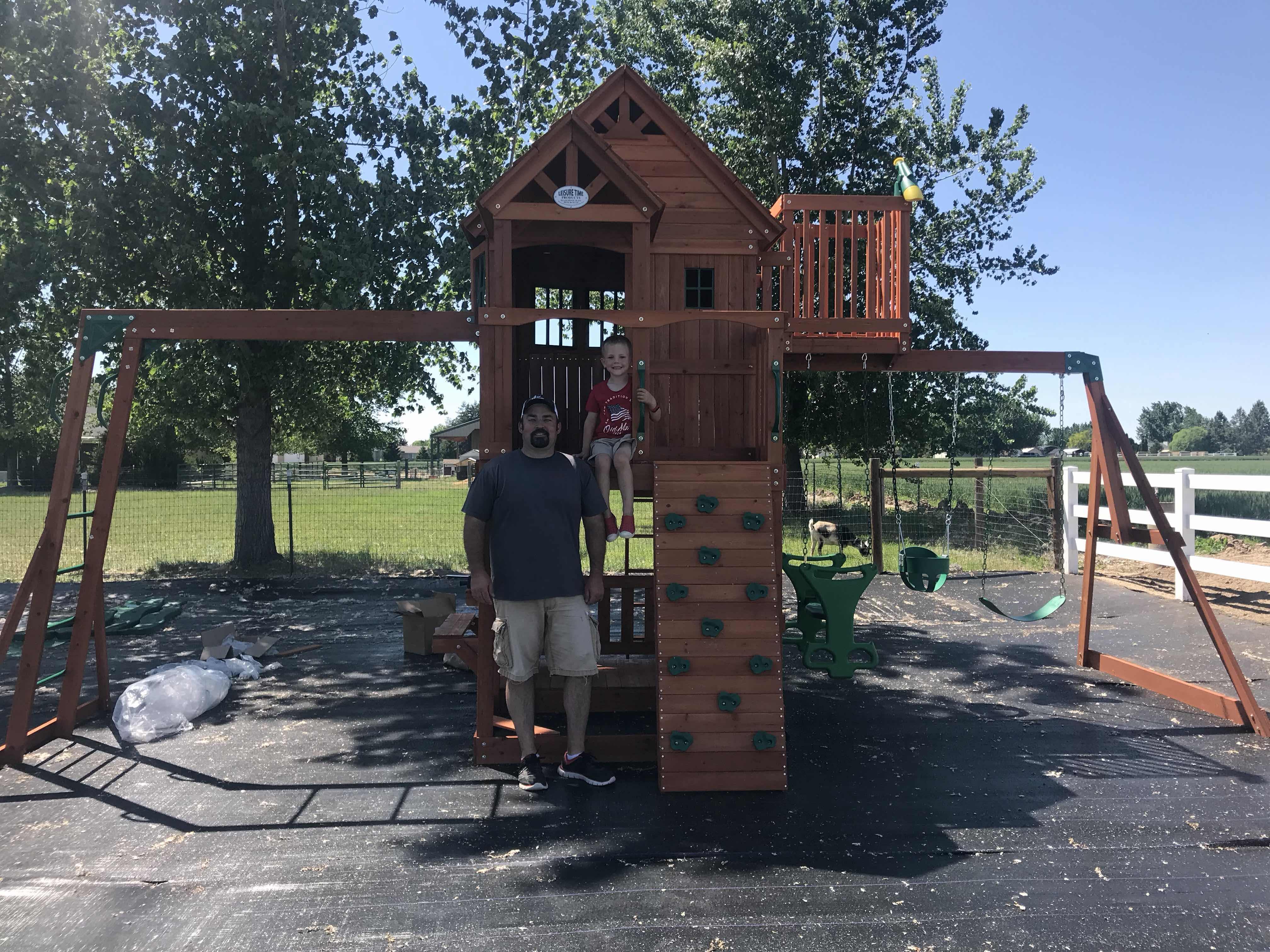 Saturday night we headed to another birthday celebration! The boys played with their cousins and wore themselves out! 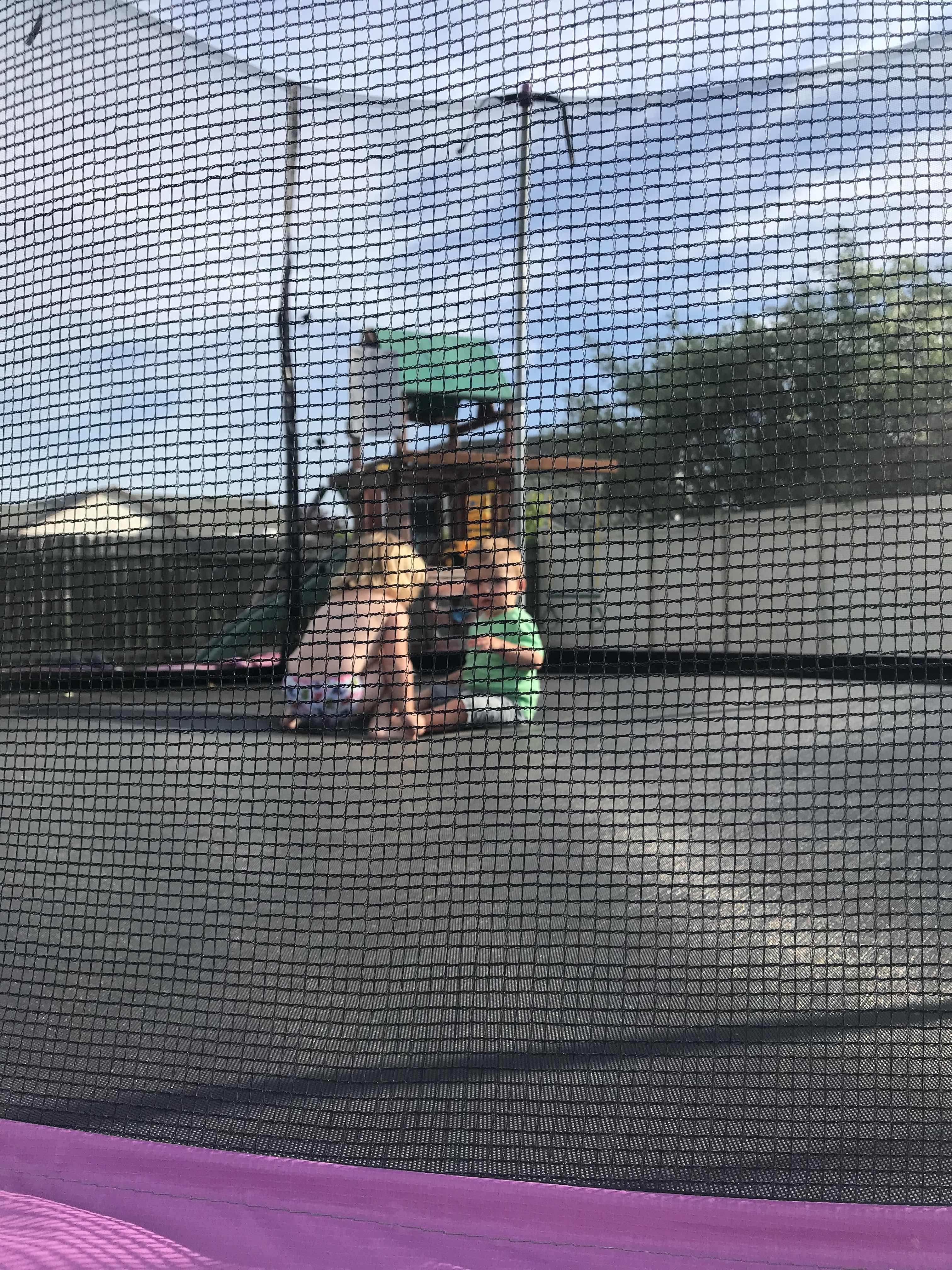 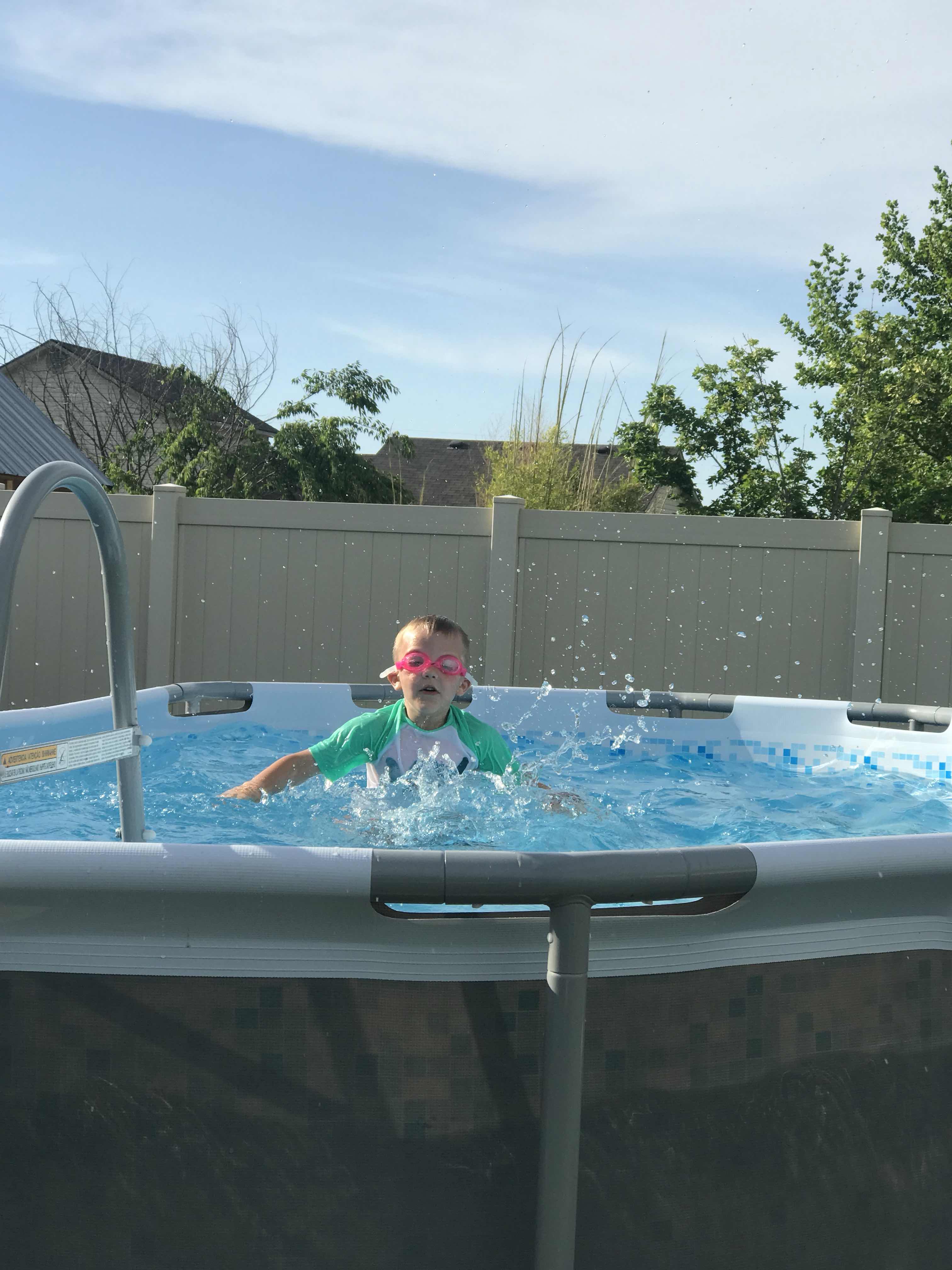 Spending our days outside is the best! 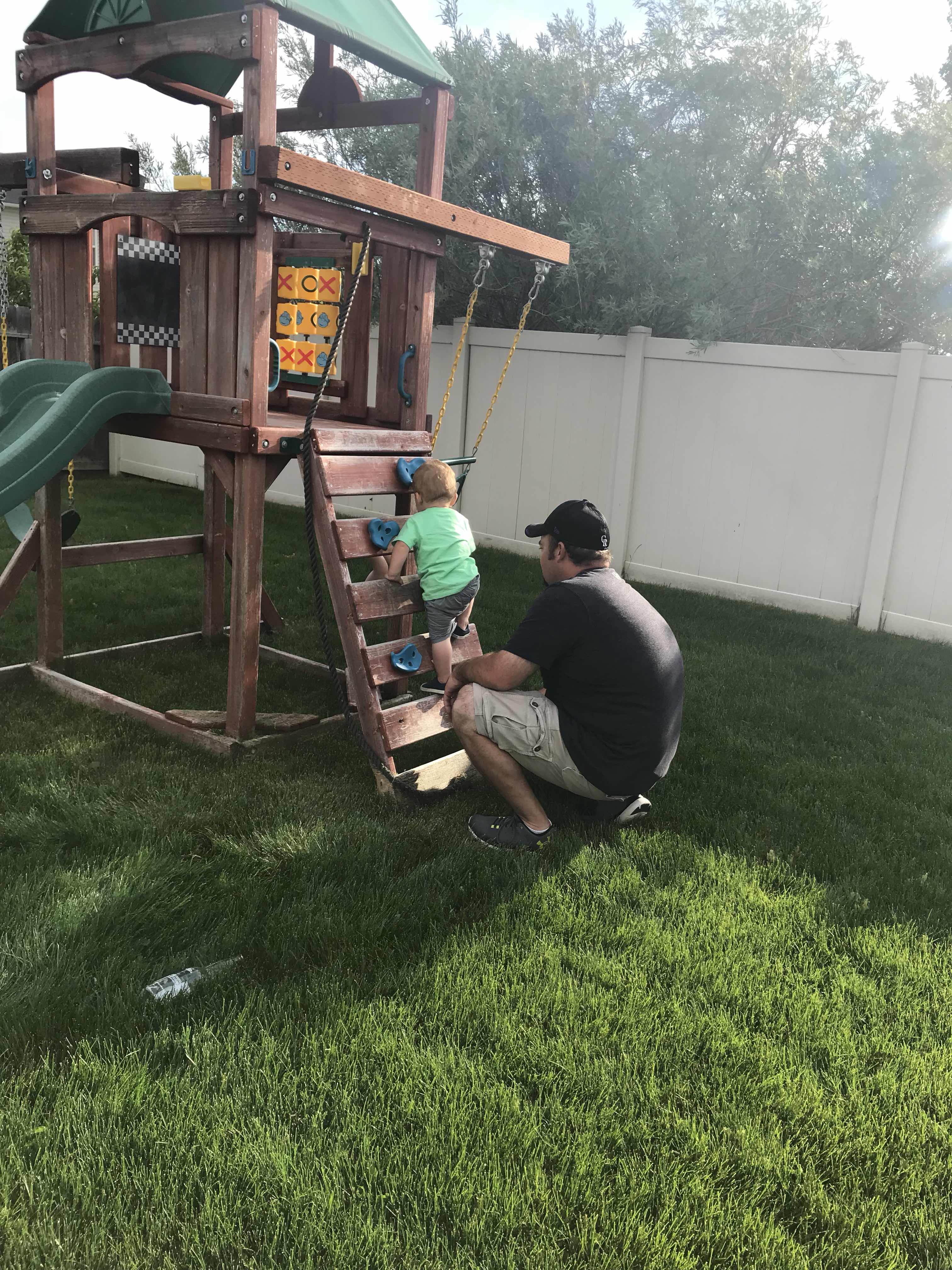 Home for another hour of playing on the swings! 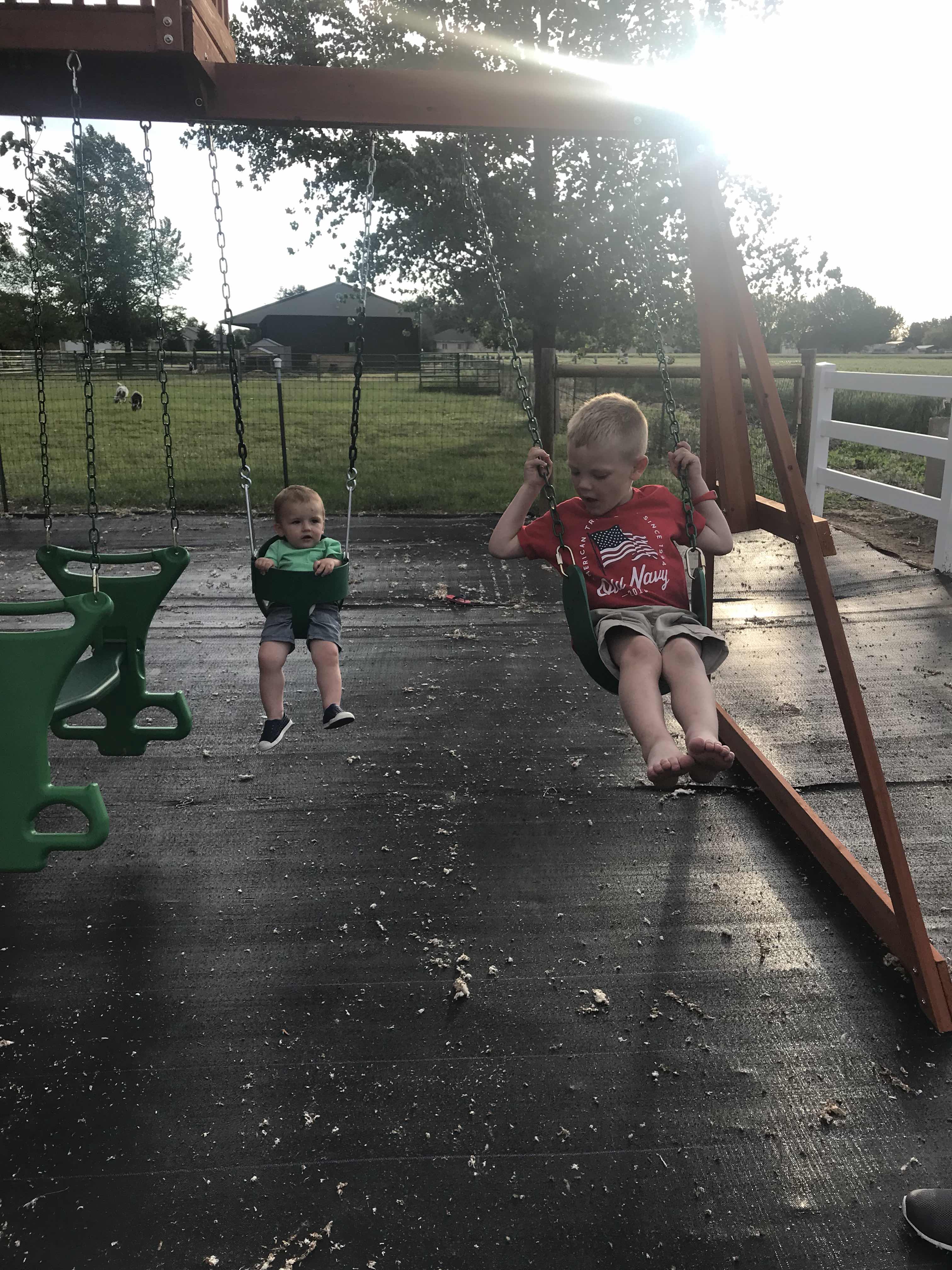 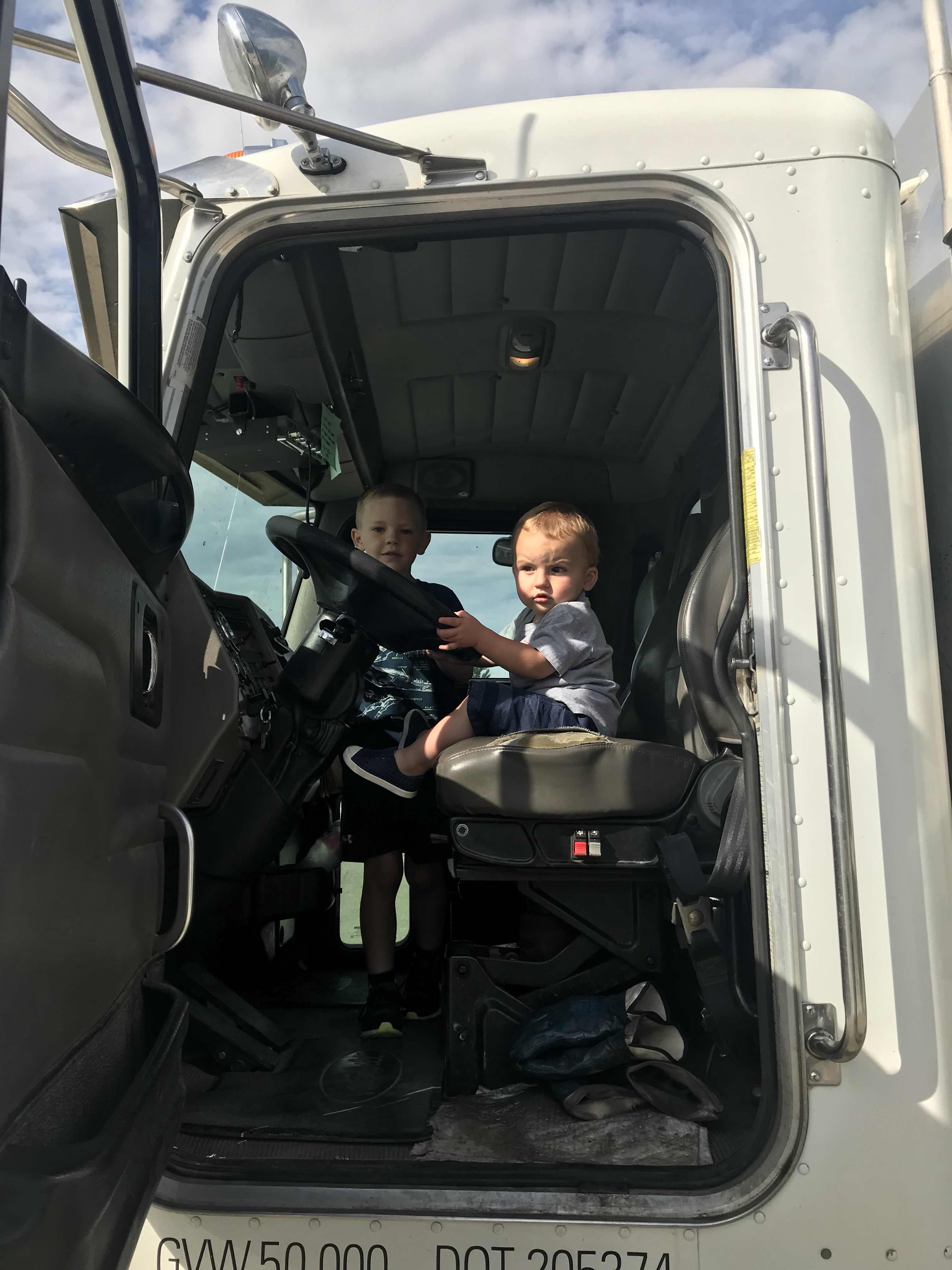 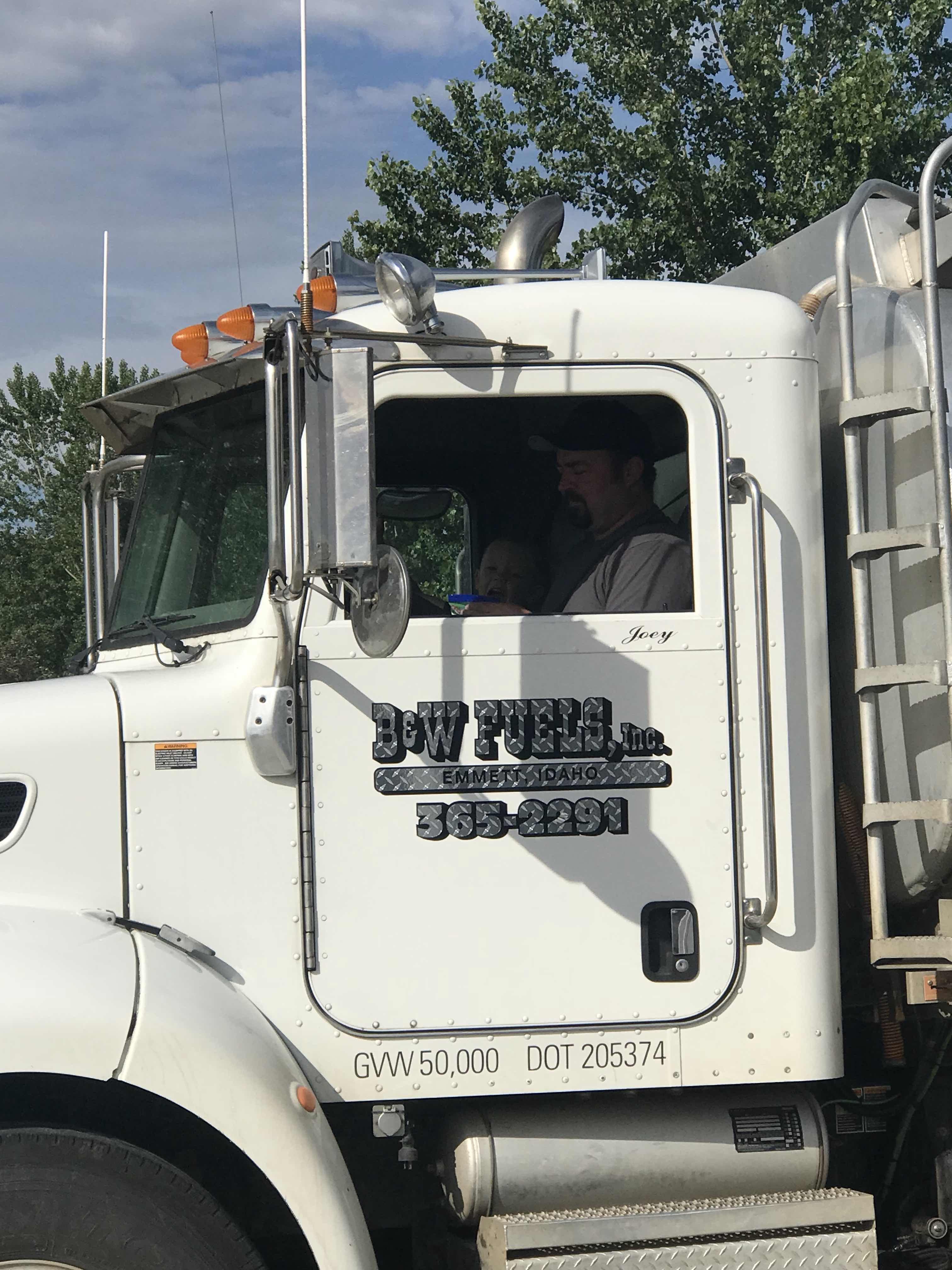 Once again, my shopping buddy! This time wasn’t near as fun. We picked up groceries for a bbq. 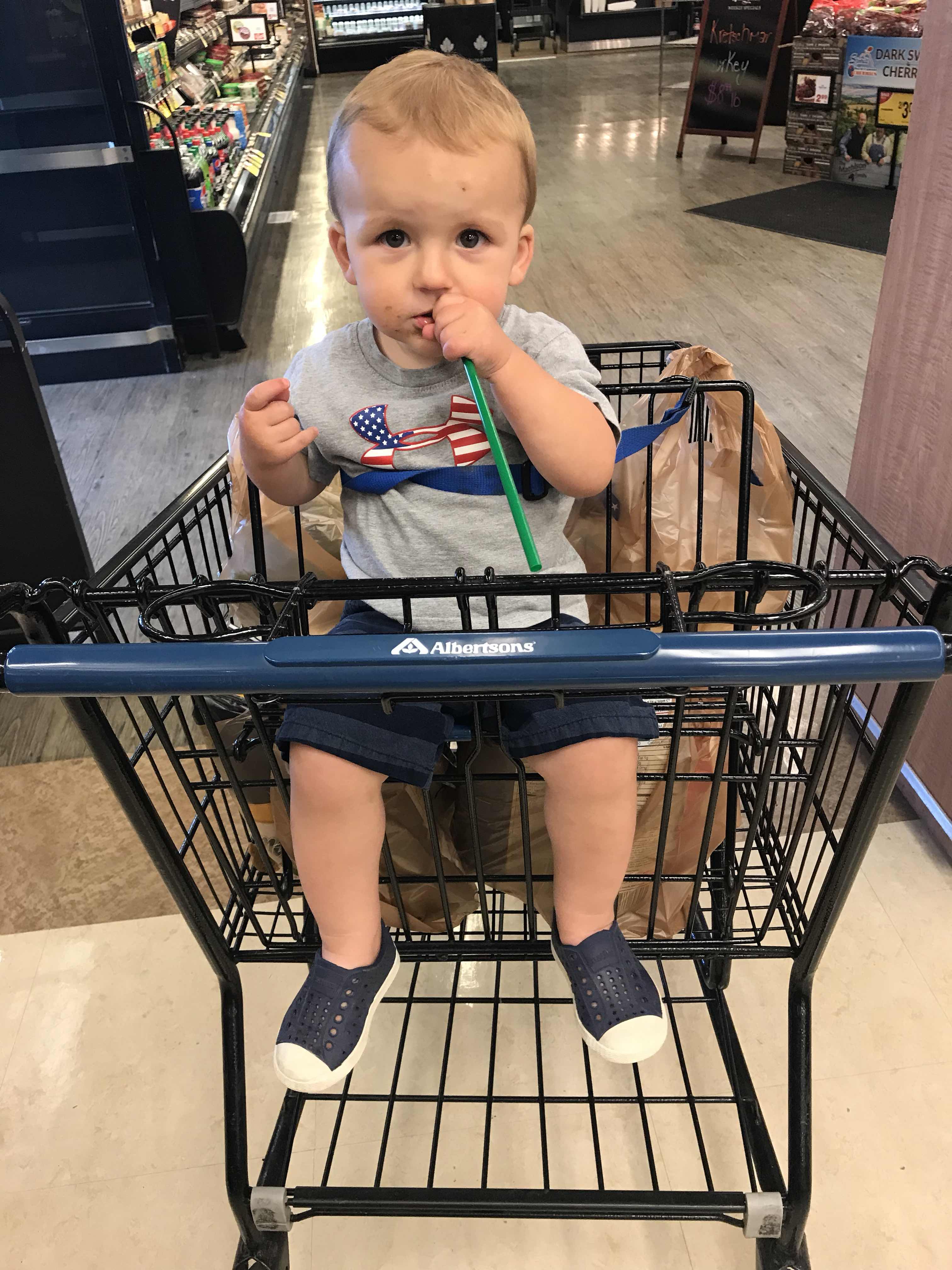 I went to check on Colson later in the day and found this cutie hanging out with his stuffed animals! 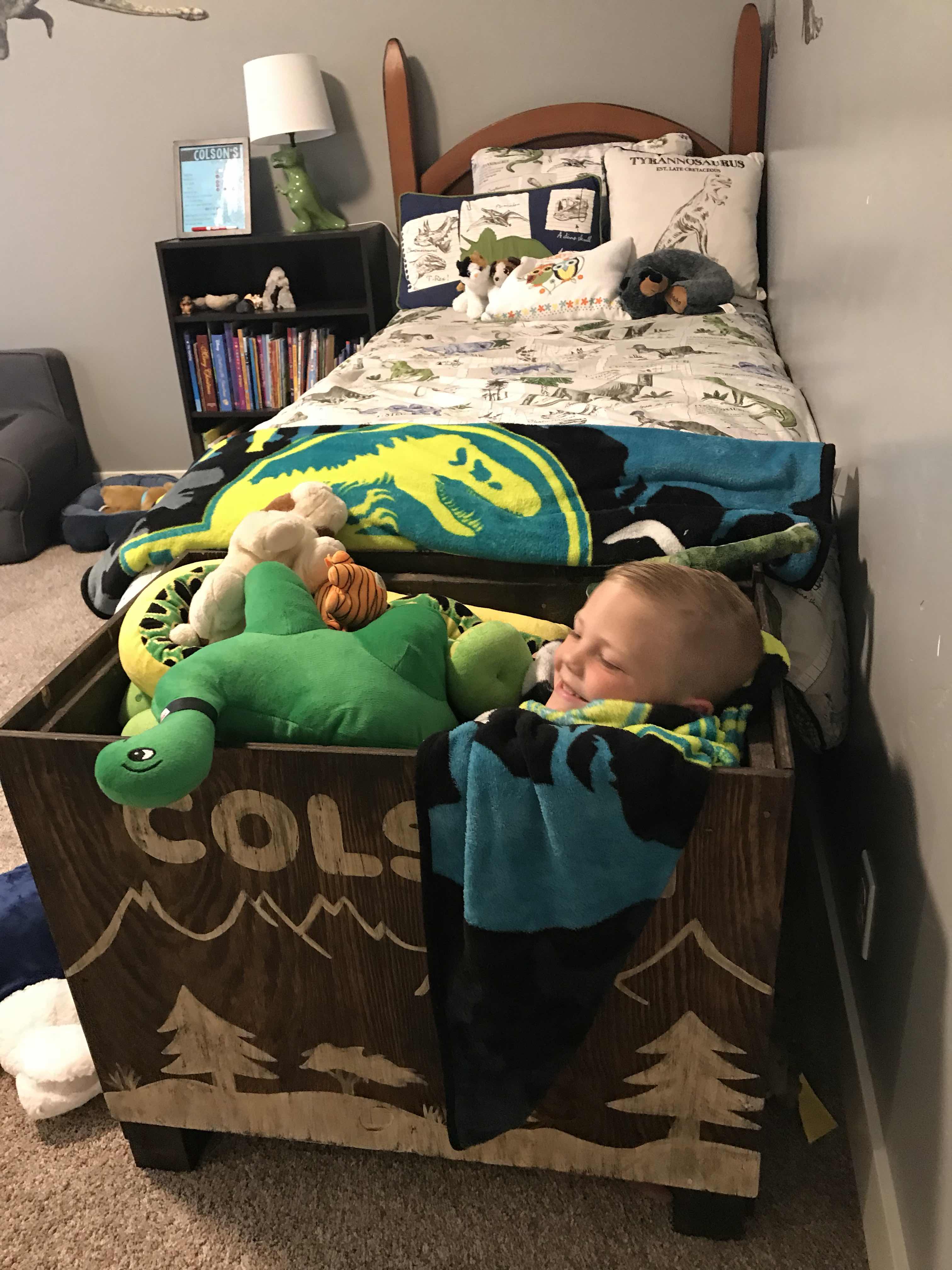 We had some friends up yesterday for a barbecue.
I love these three kiddos! 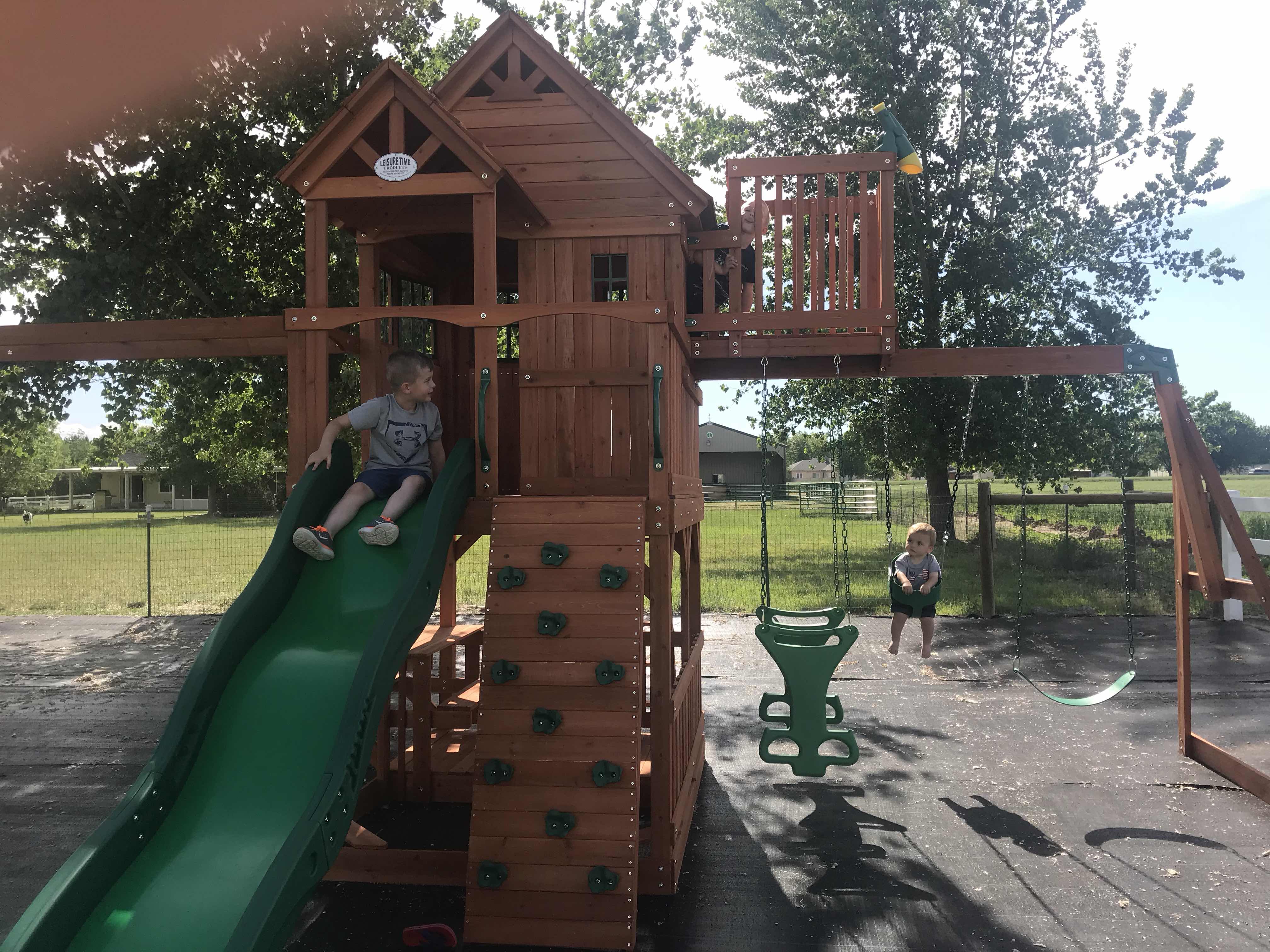 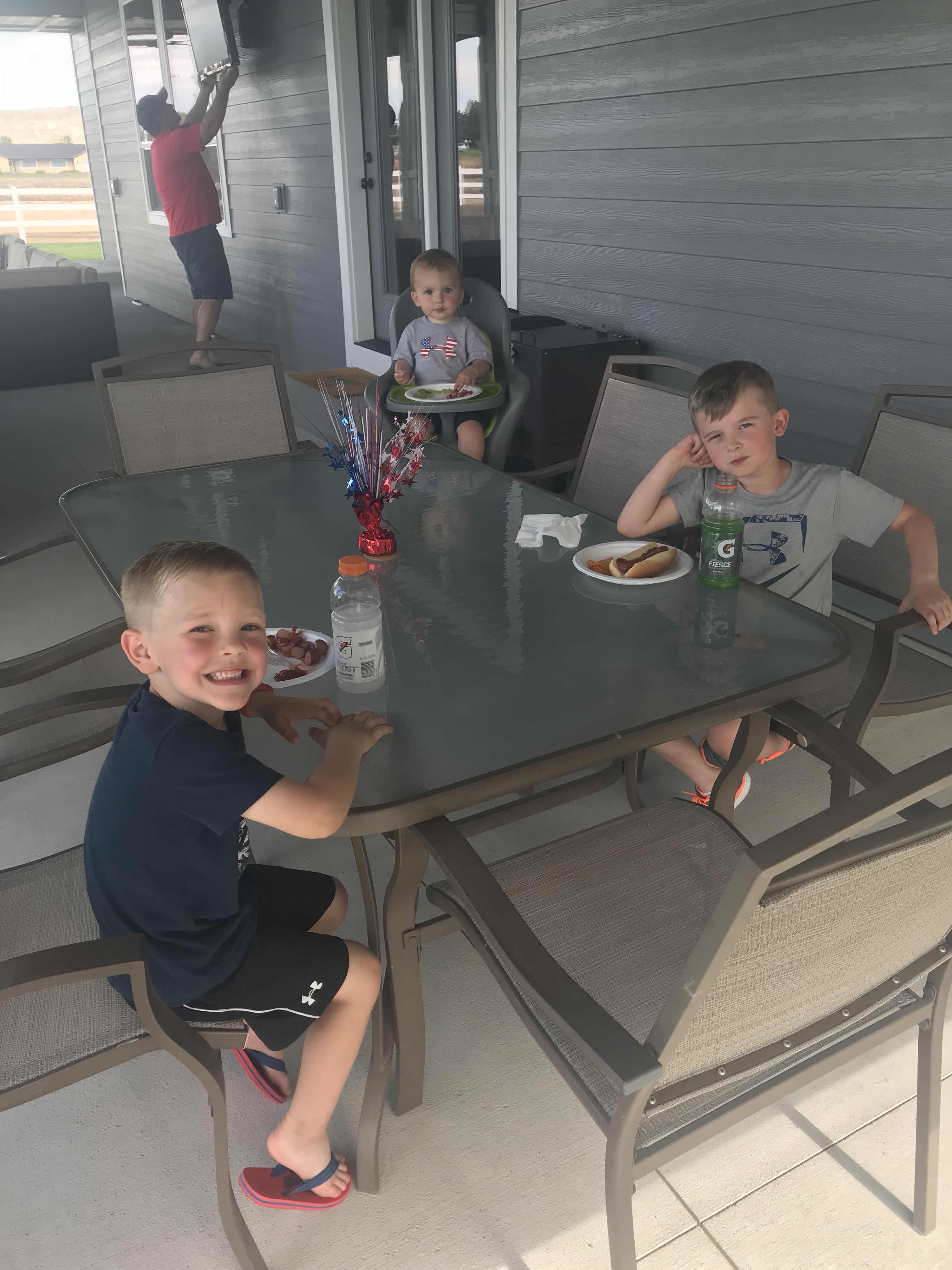 The grill master himself! 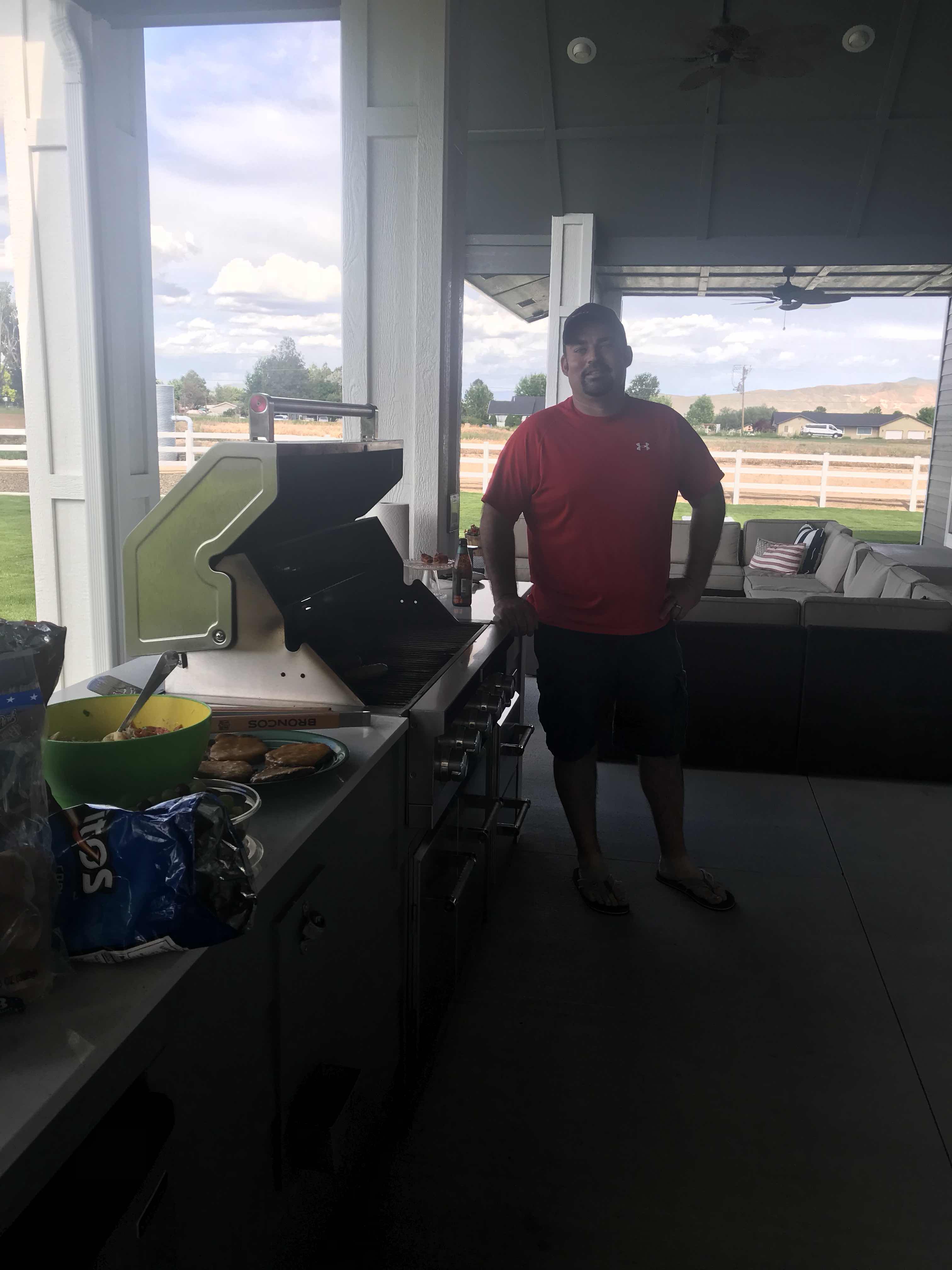 As you can see, our weekend was spent outside! We’re all a little tanner than we were on Friday and the boys smelt like sunscreen all weekend! It’s hard to believe that this is the last week of May! I hope everyone has a great day!
Email ThisBlogThis!Share to TwitterShare to FacebookShare to Pinterest
Labels: Holiday, Weekend Recap, weekend review

Where did you get the flag garland? I love it!!