Happy Tuesday, friends! We've had the busiest weeks. Our schedules are officially crazy now that we have a boy in sports and school. I love being busy but I do miss eating dinner at the kitchen table everyday. We've been eating at the counter as fast as we possibly can. However, I wouldn't trade it!

Our grass is coming in and we're loving it! The boys are able to play on it and soon we'll have the trampoline and play set up! Just in time for summer! 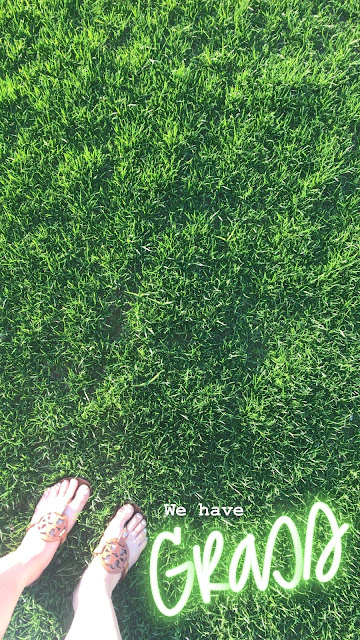 I put Peyton to bed one night and walked out to this. I know it say it all the time but I'm so thankful for Travis and his amazing parenting. He is such an amazing Dad to these boys and if they mimic anyone, I'm glad they choose their Dad! 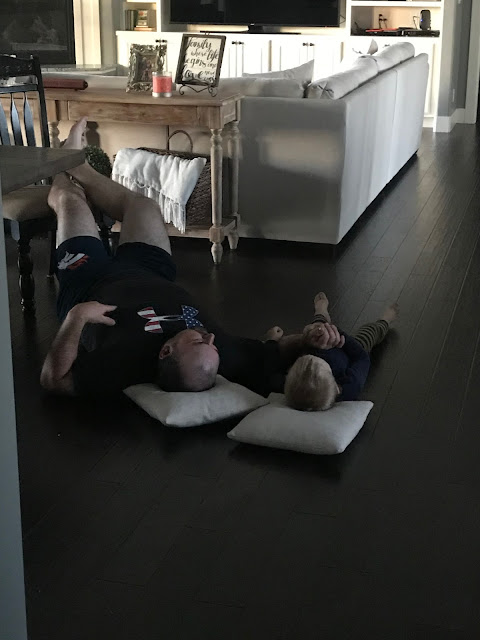 Peyton helps himself all the time to whatever food he wants. I've since moved everything up. Give this kid some food and he seems to be very happy! 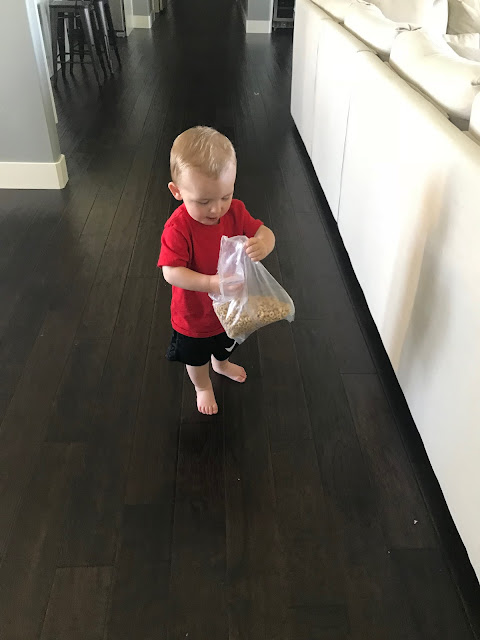 Colson comes home from baseball and wants to practice baseball. I'm very hopeful that we will become a baseball family. Spending a lot of nights at the ball-field, countless hours practicing, and a very large cheering section during the games. 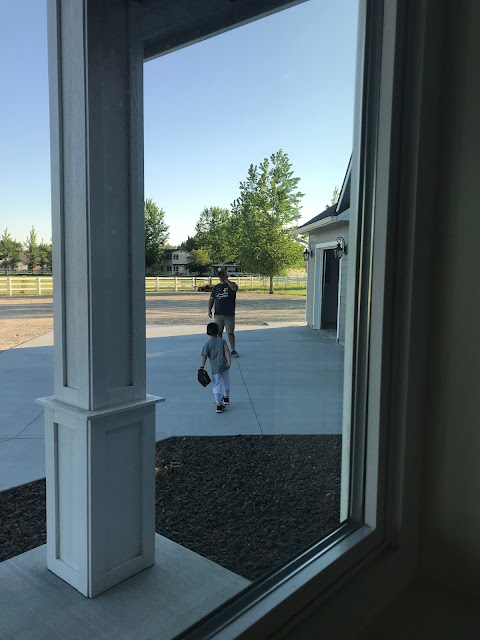 We also moved Colson up to a booster seat and he's so excited about it! He can't possibly be big enough, but according to his doctor and all the safety limits, he is.... #babiesdontkeep 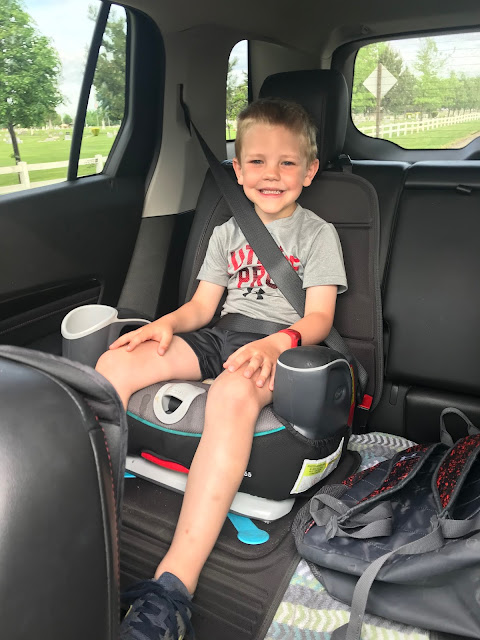 One night after baseball we got ice cream and Peyton screamed all the way home until brother shared. I'm telling you, if he has food, he's happy! 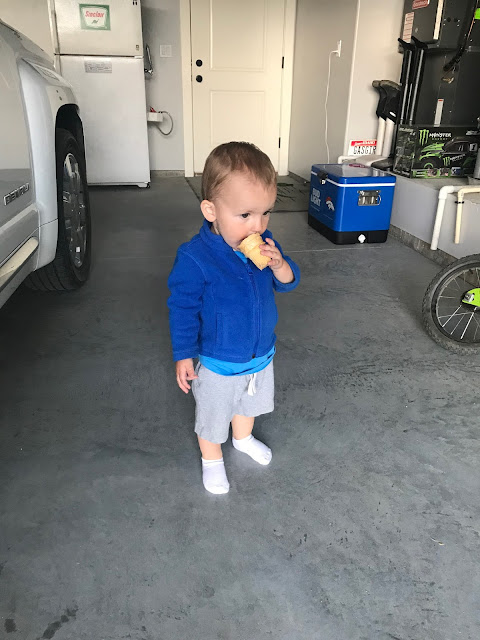 Colson had park day at preschool last week. He had the best time and it's fun to see how big him and all of his friends have gotten this year! These two were in the same hospital when they were born, just down the hall from each other. I'll be sure to keep this picture for graduation! 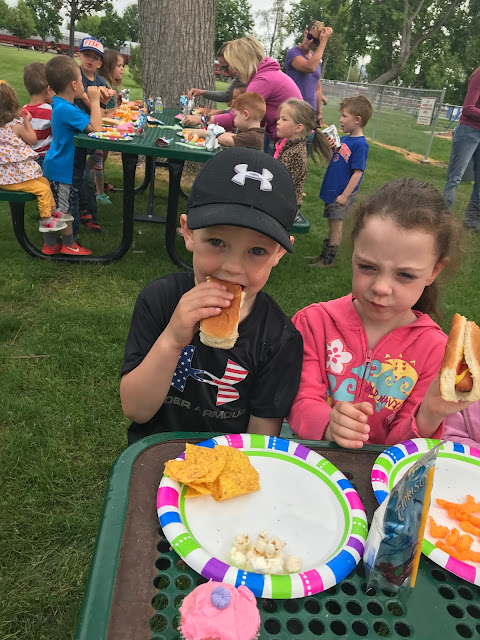 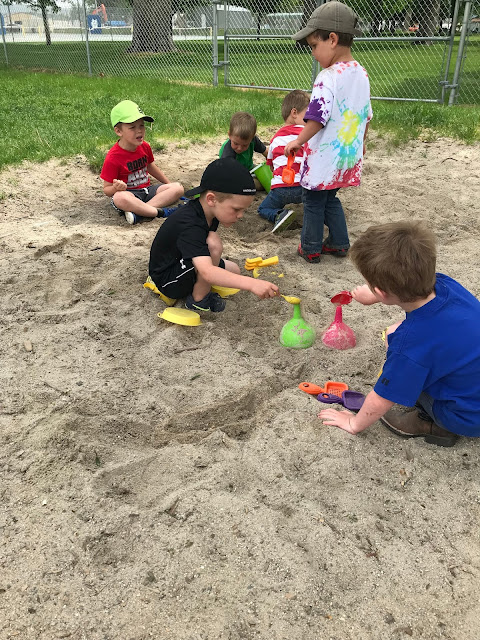 I took the boys with me yesterday to run errands and they were not excited about it. I can still get a smile on command from Colson, but don't let it fool you. They were troopers and we survived the mall along with several other places including.... 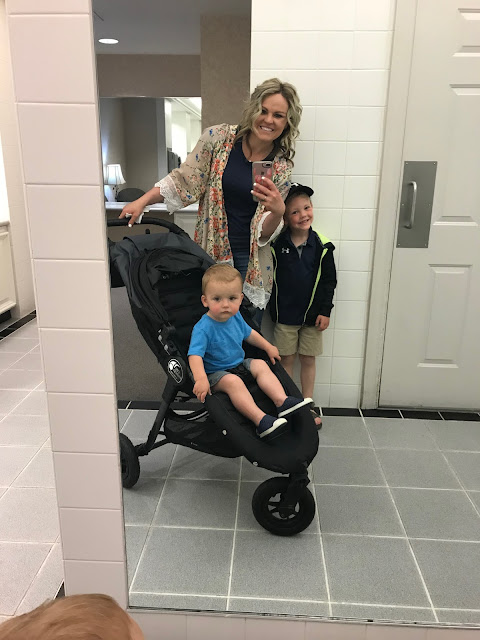 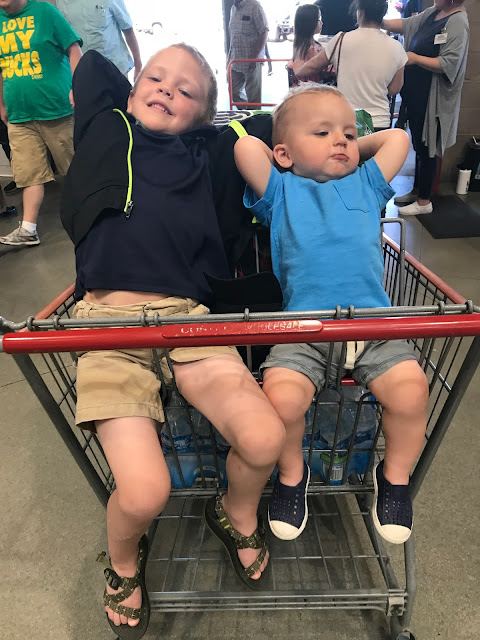 Peyton couldn't quite hang for Walmart and it made our last stop of the day a little challenging but I'm thankful for a big brother that loves to help! And yes, a shameless bathroom selfie. 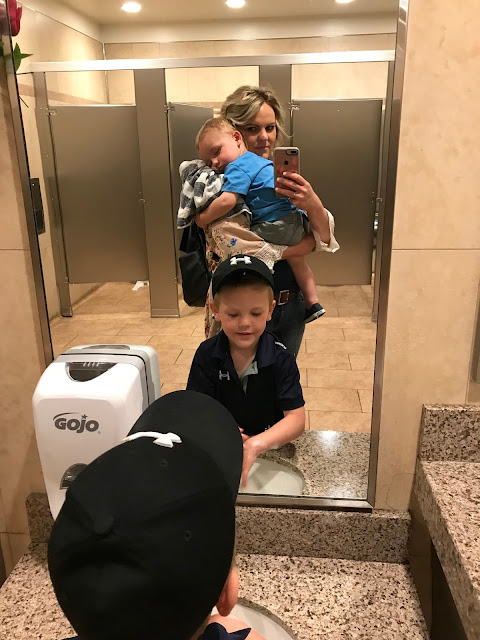 Last night was Colson's first t-ball game! He played hard and they had a good game. 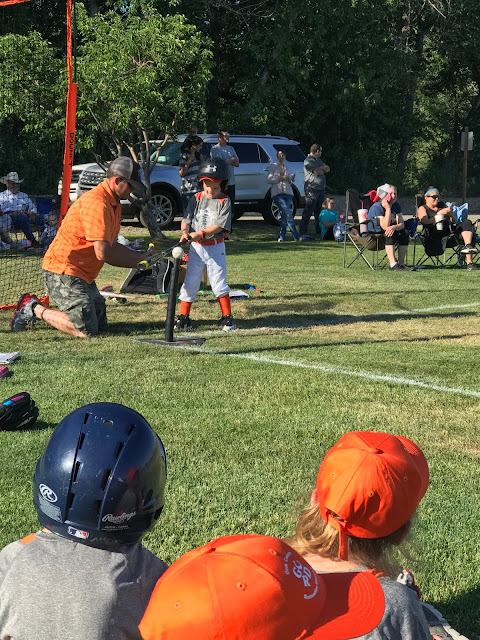 We also made a stop at a bbq for Brad Little to show our support! 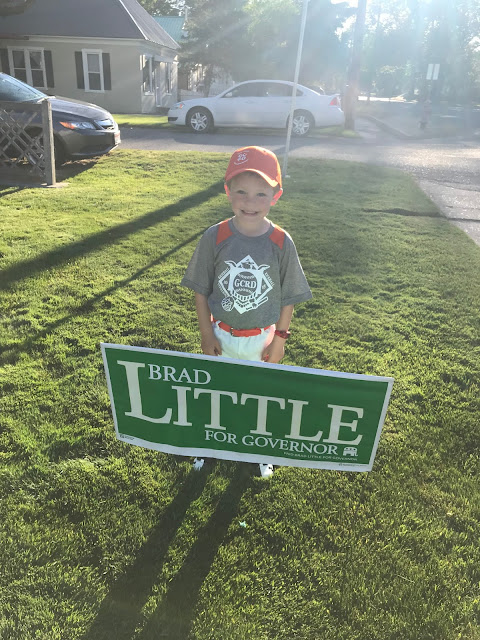 And our very first stop this morning....the voting polls! 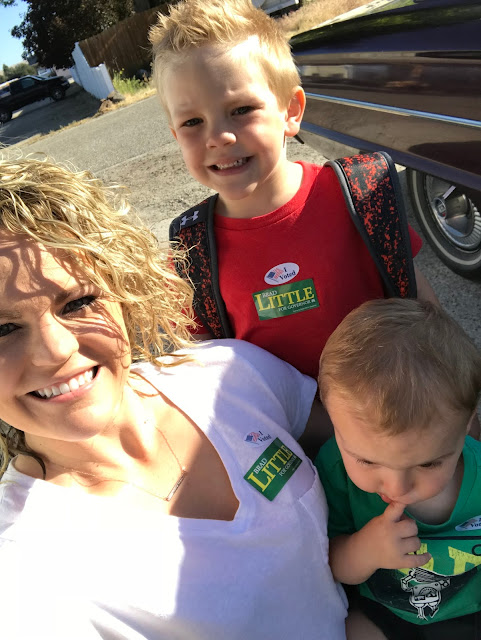 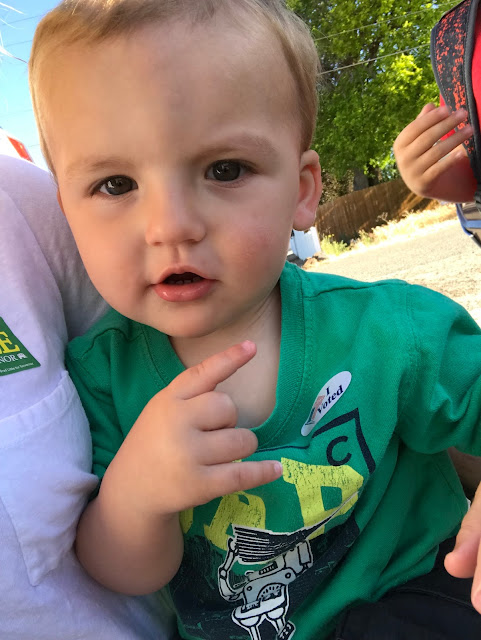 I hope you all have a great Tuesday!
Email ThisBlogThis!Share to TwitterShare to FacebookShare to Pinterest
Labels: Everyday Life, Life Lately