Happy Monday, friends! I hope you had the best weekend. We sure did at the Webb house! 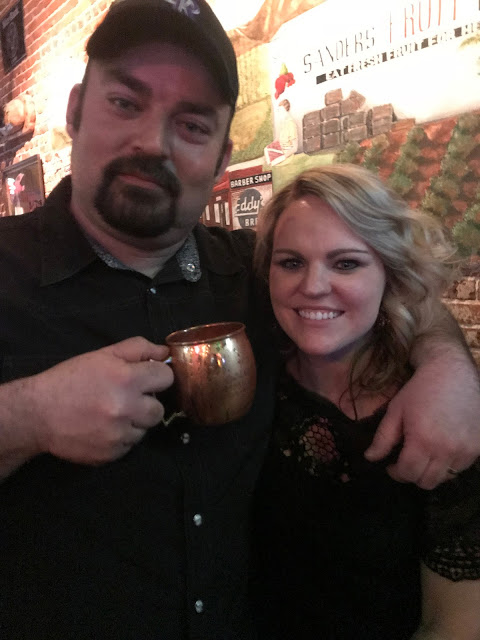 We started our weekend off with date night. One of our friends turned 40, so we went to his surprise party. We went to dinner and enjoyed each other's company along with family and friends. 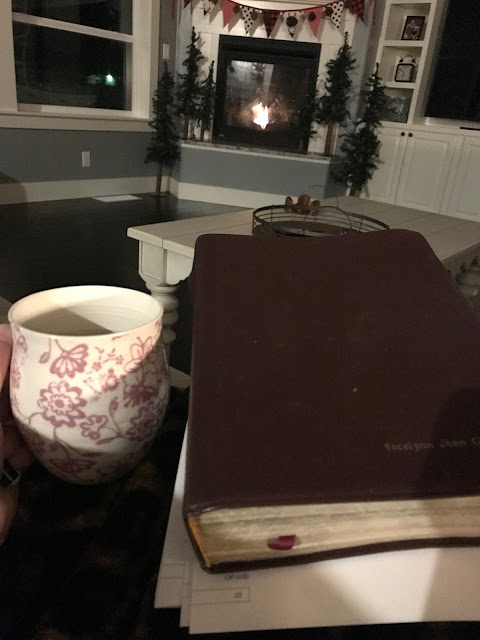 I was up bright and early to get ready for Peyton's party. But first, my quiet time. It was the perfect start to a really busy day. 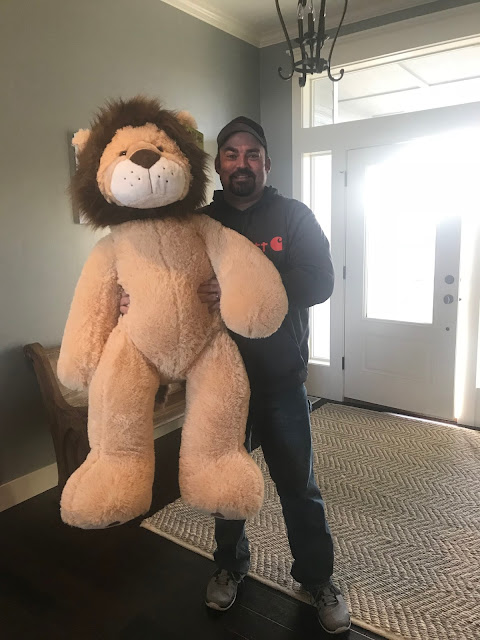 I sent Travis to the store for balloons and he came back with this! He was so proud and it turns out, it is one of Peyton's favorite things. He loves his lion. 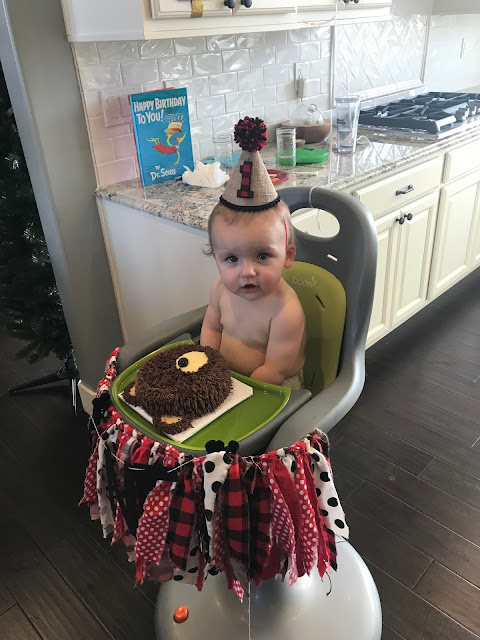 We had the best time celebrating Peyton turning ONE with family and friends. 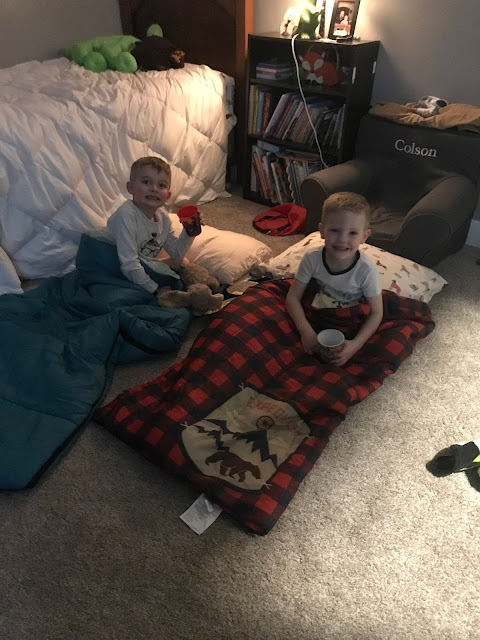 We attempted a sleepover. The boys had the best time watching movies and eating popcorn. It was fun to listen to them giggle and all the conversations they had. 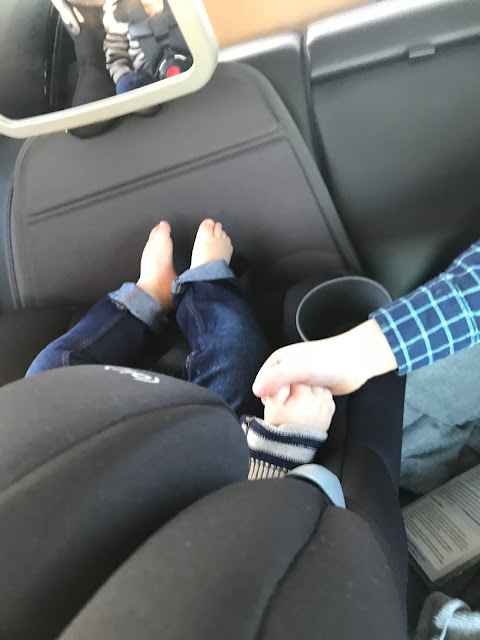 Sunday morning, the boys and I went to church. I looked in the backseat to see this. They sure like each other. 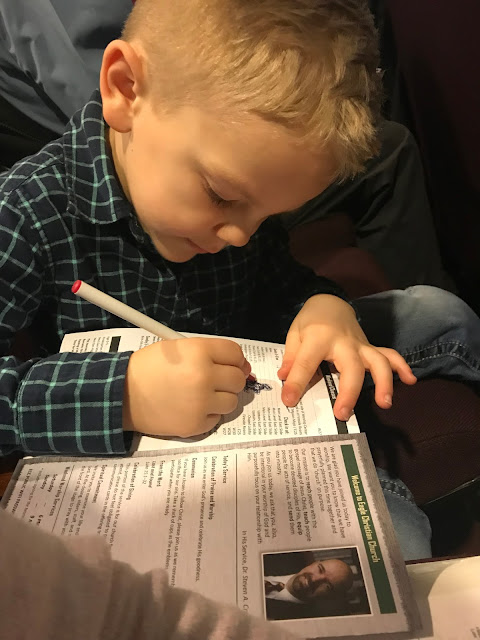 I let Colson come into church with me instead of going to children's ministry. He was so good and he took notes while I took notes during the service. I can't believe he will be FIVE tomorrow. 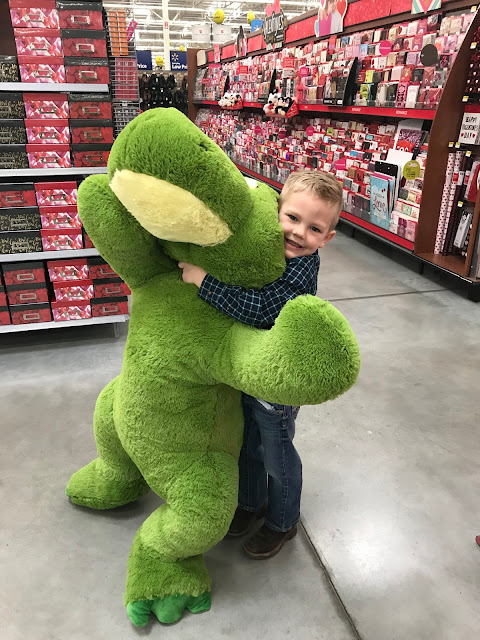 We made a grocery run to Walmart and Colson found the giant stuffed animal that he wants. Ha! 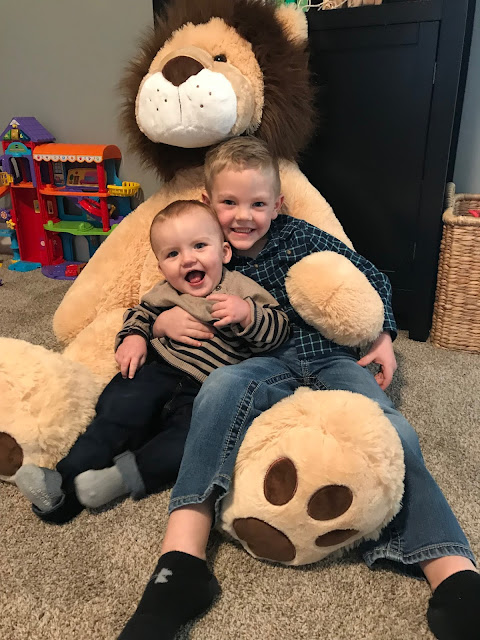 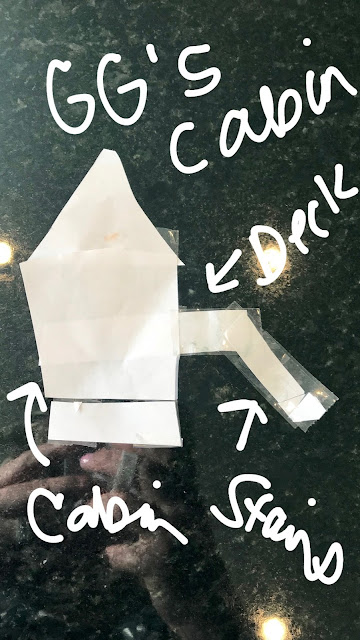 Colson is really into making things. He loves to cut and tape things. He made this and told me it was GG's cabin. We're all missing GG and Papa Les! 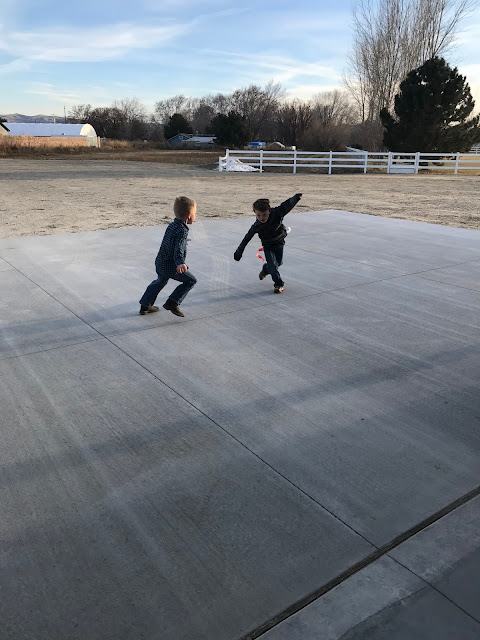 We ended the weekend with another friend over to play. Reed came and the weather was so nice that they played outside for a couple hours. I love this January weather. 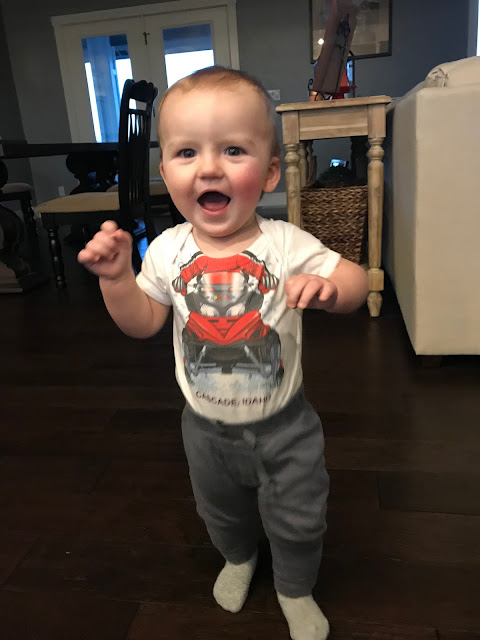 Peyton wore his snowmobile shirt for Dad who spend the day snowmobiling. We missed him but were excited to see him when he got home. Peyton is getting much braver when it comes to walking but he still prefers to crawl because he can get there much faster.
Have a great week!!!
﻿
Email ThisBlogThis!Share to TwitterShare to FacebookShare to Pinterest
Labels: Weekend Recap