FIVE.
I have no idea how 5 months have already gone by since Peyton arrived.
I wish I could just bottle all of this time up. 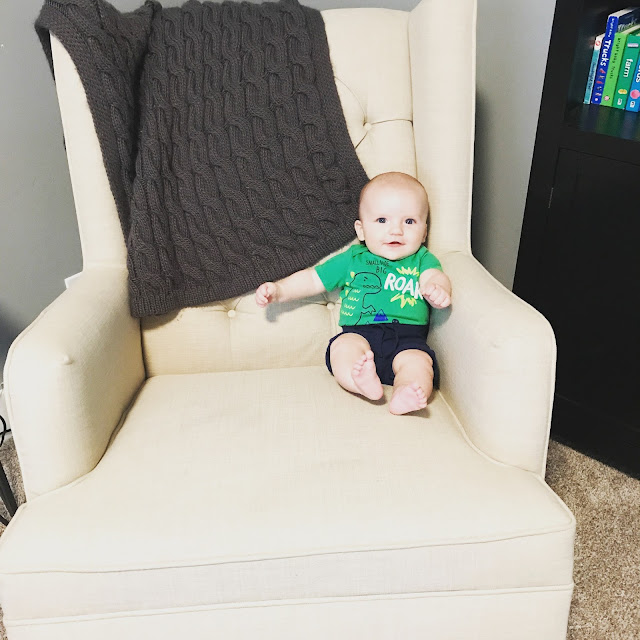 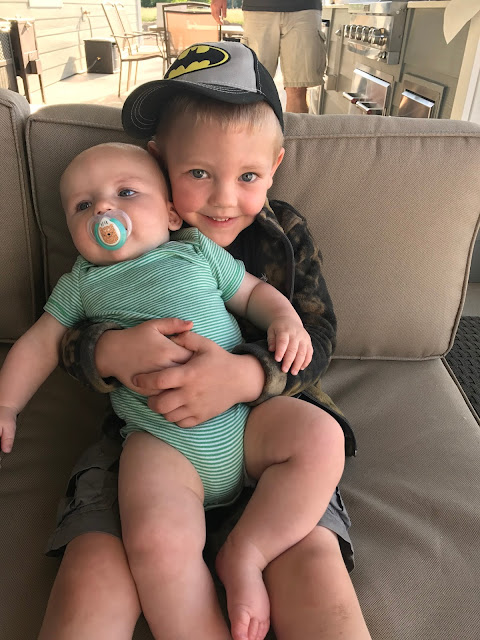 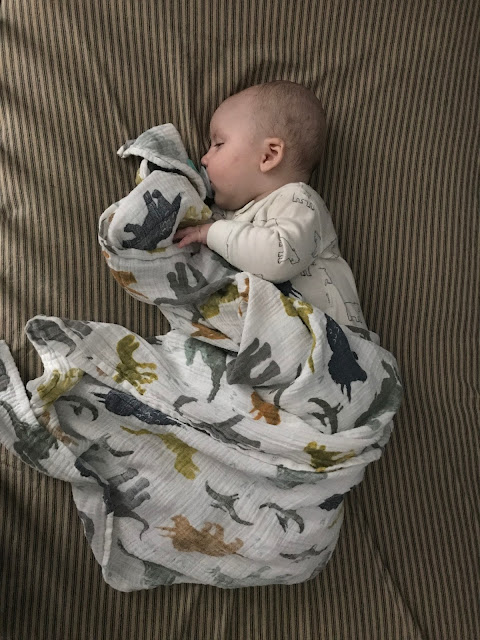 EATING
We made the switch to formula. I hated giving up nursing but he is so much happier on formula. He will go 3-4 hours between feedings and longer at night. He eats 6-8 ounces, typically. 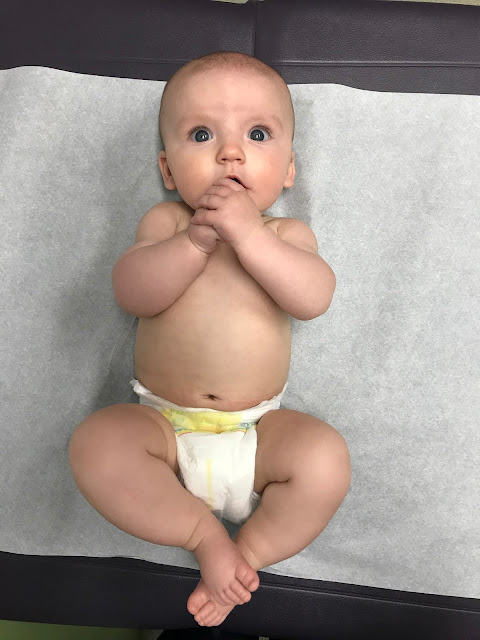 PLAY // DEVELOPMENT
He loves the exersaucer. The lights and sounds really gets him excited. We put him in a walker this past weekend and he loved it. He traveled up and down the hallway. He enjoys "standing up" with assistance or in his exersaucer/ walker. Everything goes straight into his mouth. All of his toys, finger, blanket...everything! He is sitting up great in the Bumbo seat. He's reaching out and grabbing onto things. He loves his soft blocks. 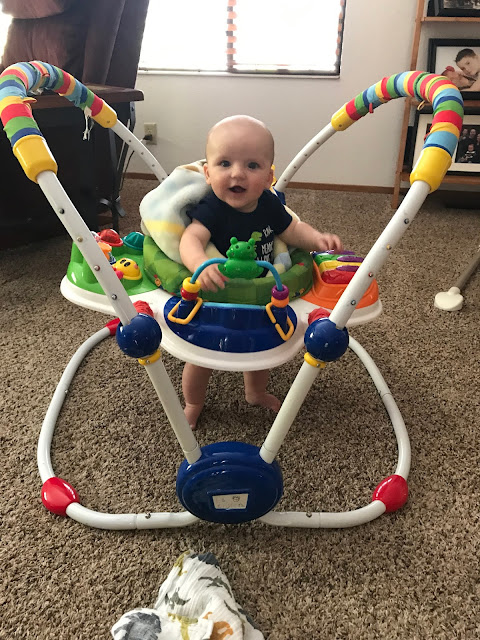 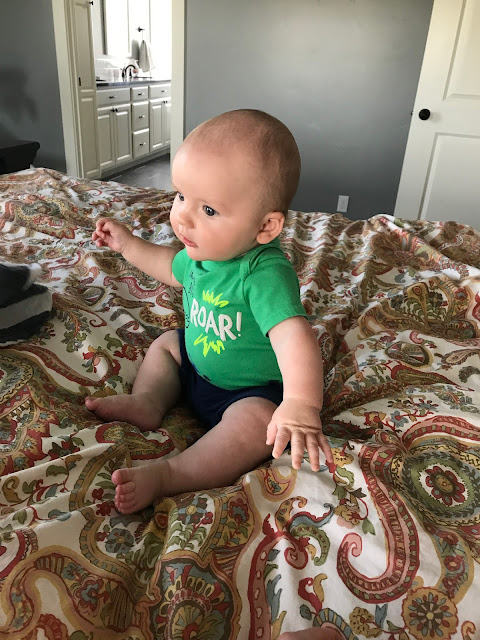 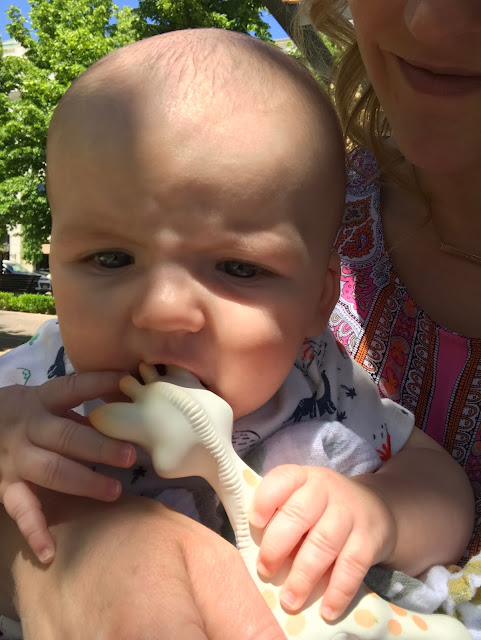 He's rolling from tummy to back but can't quiet get from back to tummy. He gets stuck on the side.
He is scooting around on his back. He is getting really good at this!
I will do anything to get him to giggle. Baby giggles are the best. 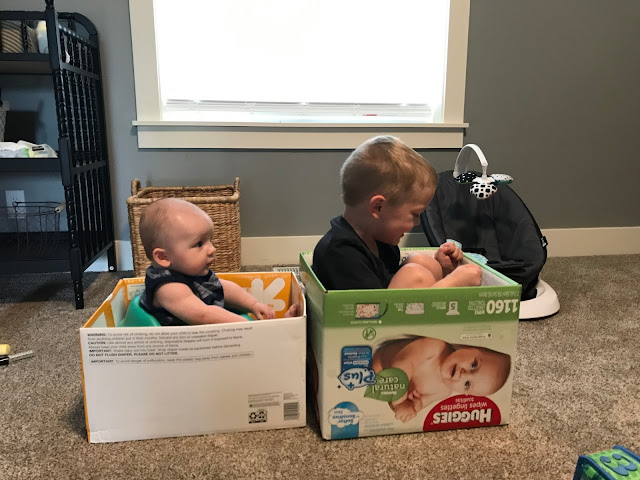 SLEEP
For the most part he is in his own room. Most nights I will put him down around 8 and he'll sleep to between 4 and 6. Lately he has been stuffed up and so sleeping in the swing, with the incline, has helped. He will take two good naps during the day when we are home or he cat naps great when we are out and about. We know when he is out for good because his hands go up over his head. 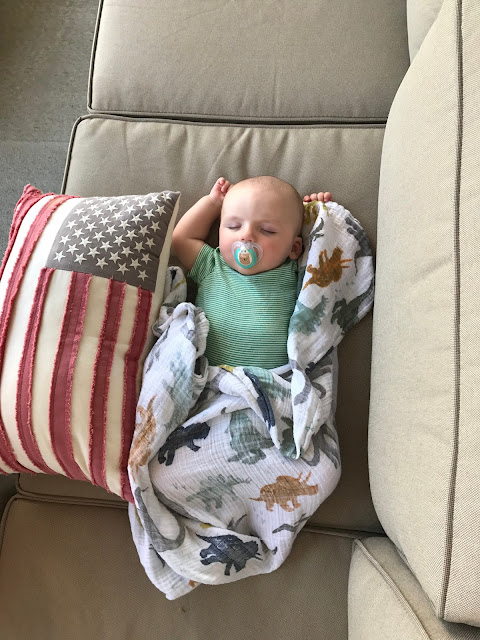 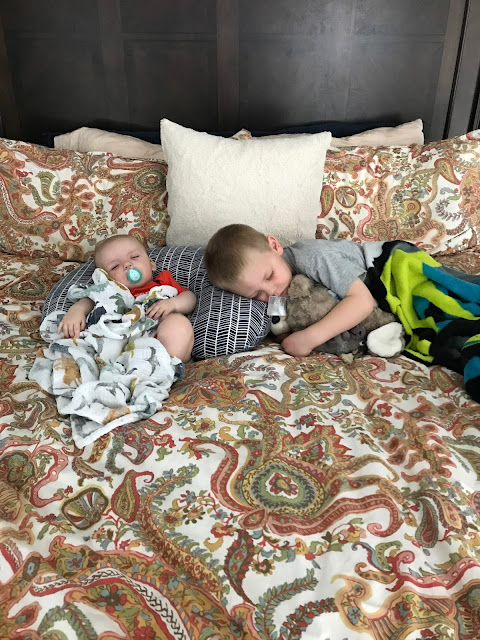 He is so aware of his environment and is starting to have such a personality. I love our conversations. He is full of things to say. He gets excited when people will listen to him. He loves to snuggle in the chair with his Dad. I beginning to think it's his favorite place to take a nap. He had his first sleepover last weekend at his Grandma Jo and Papa Kim's. He did great!
5 MONTH PHOTO DUMP 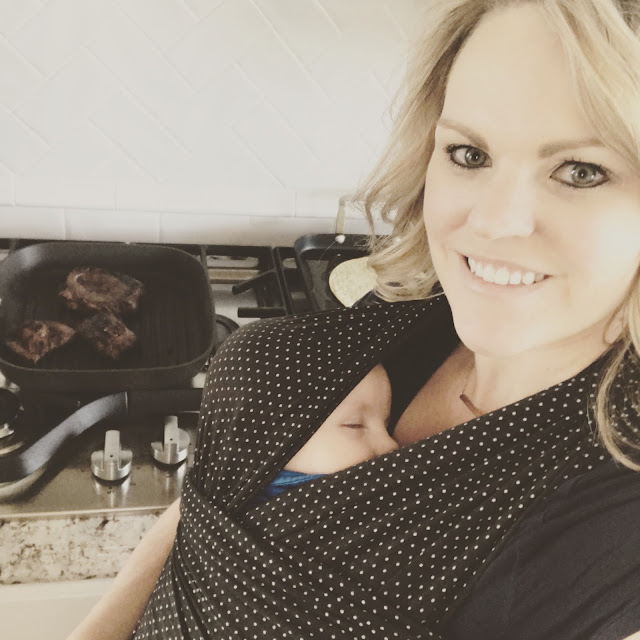 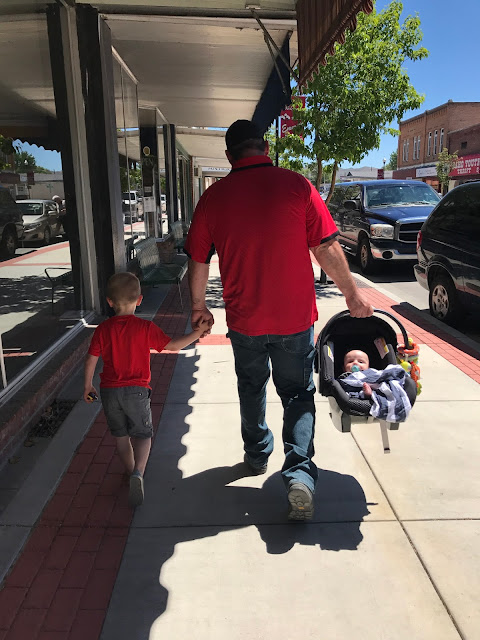 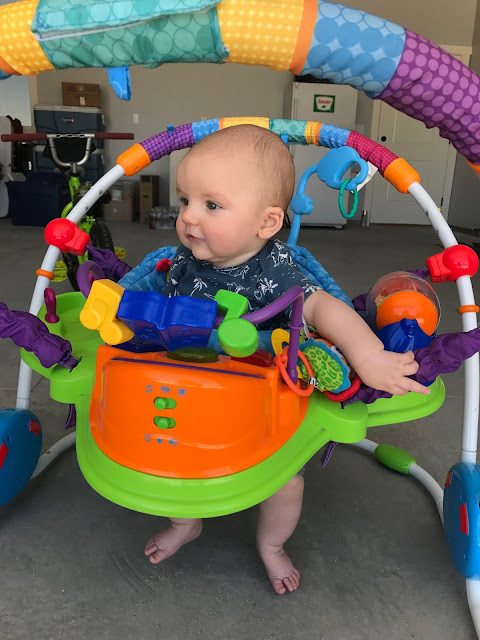 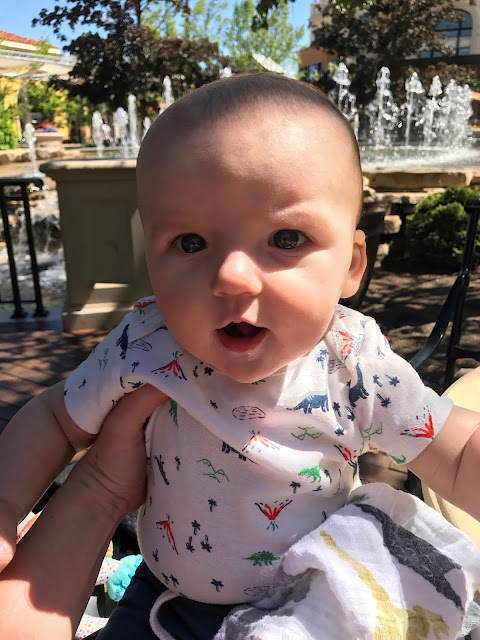 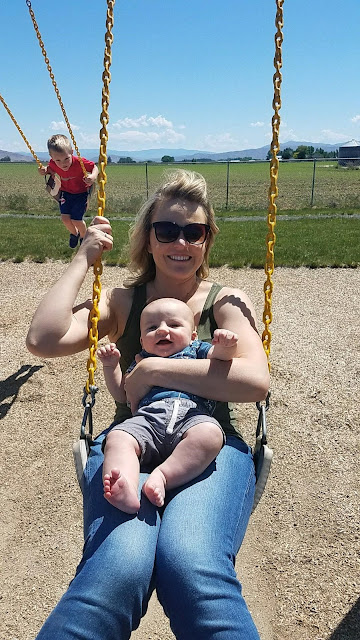 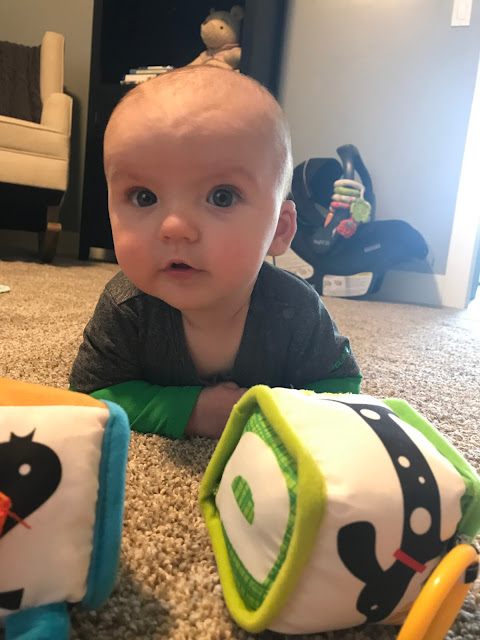 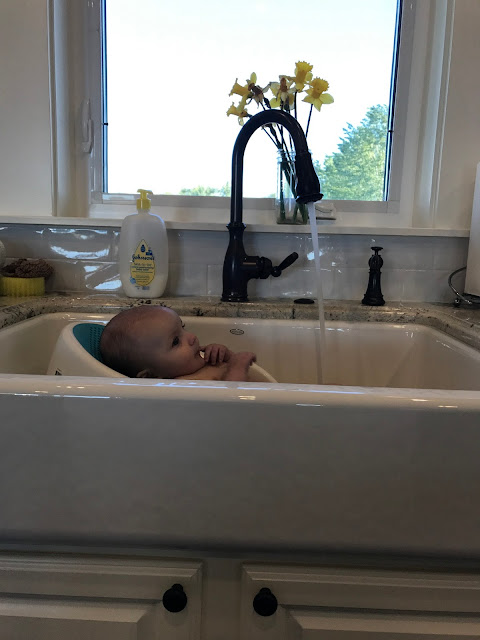 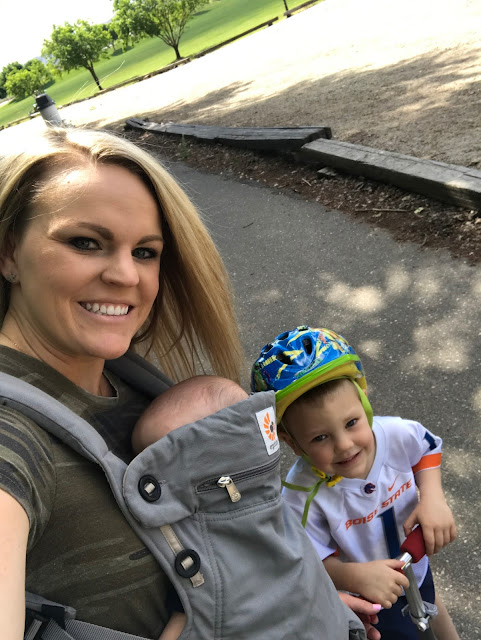 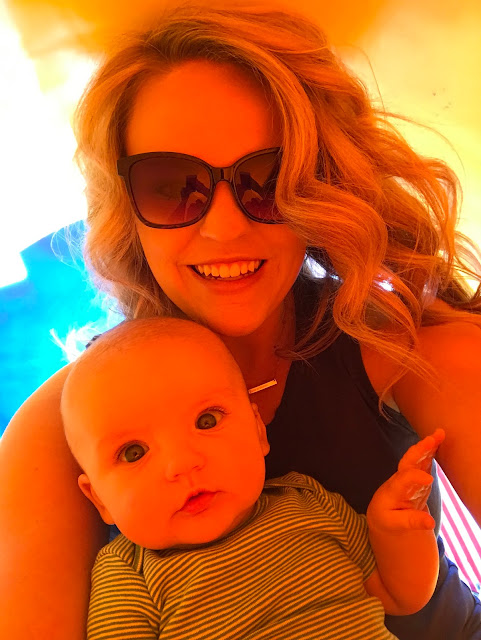 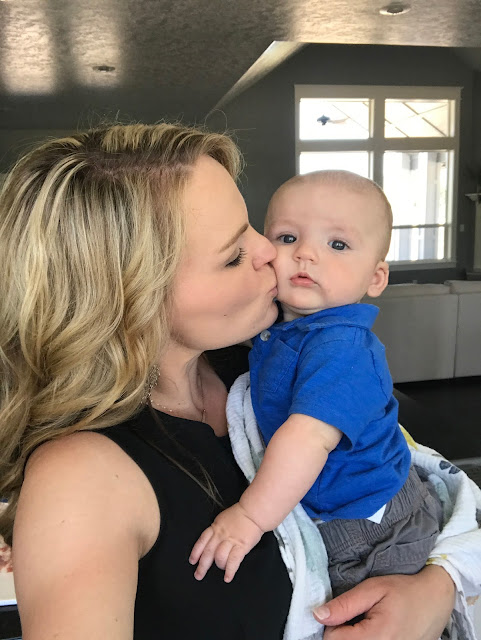 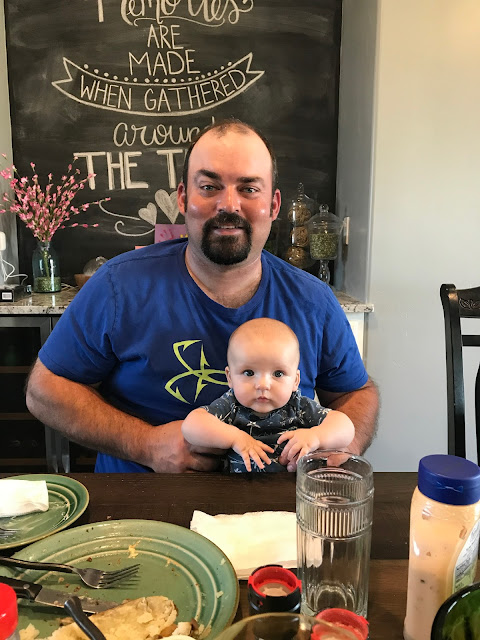 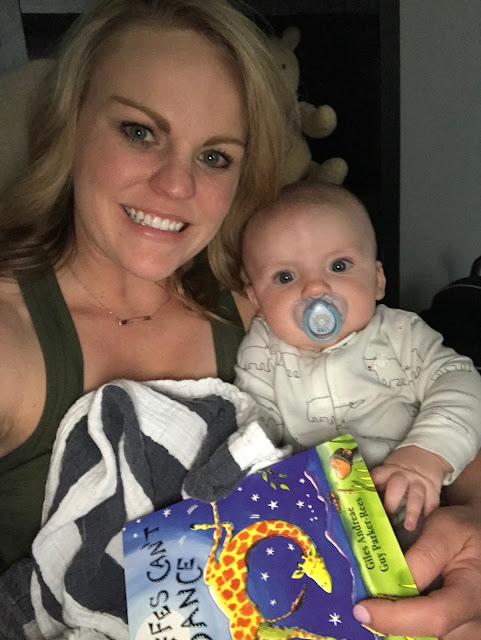 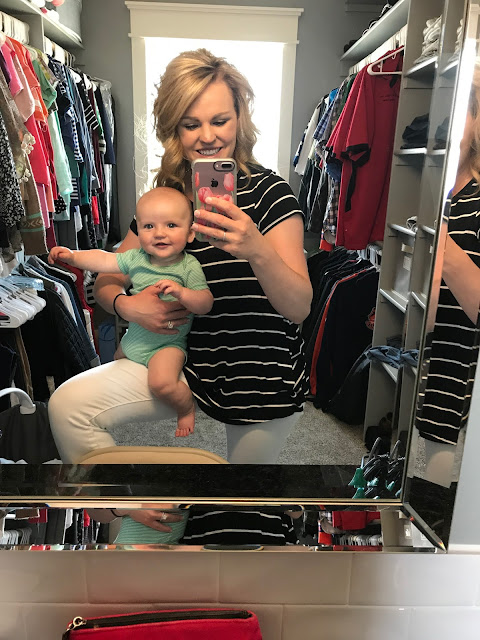 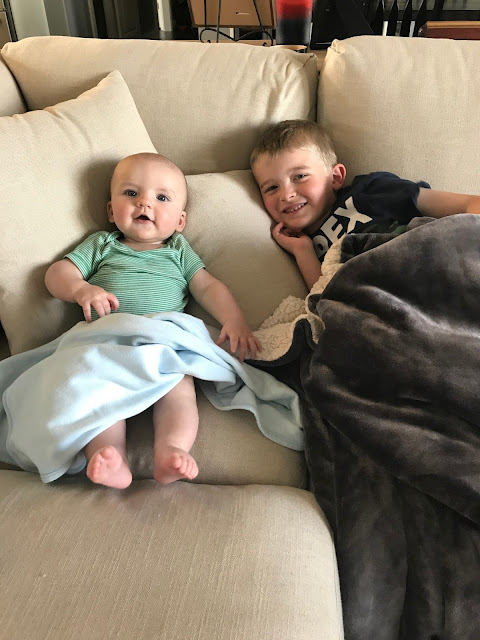 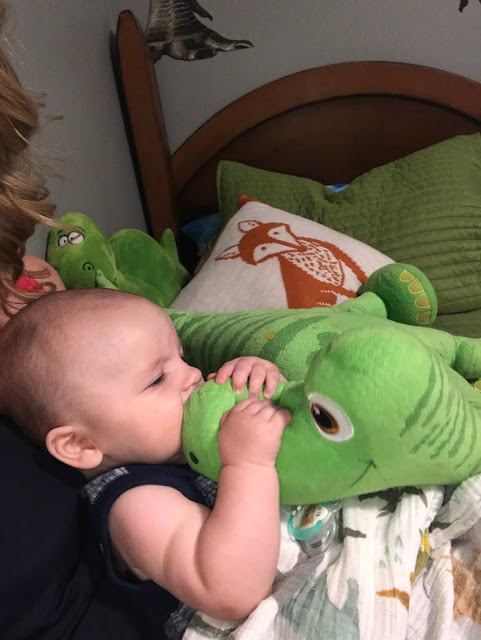 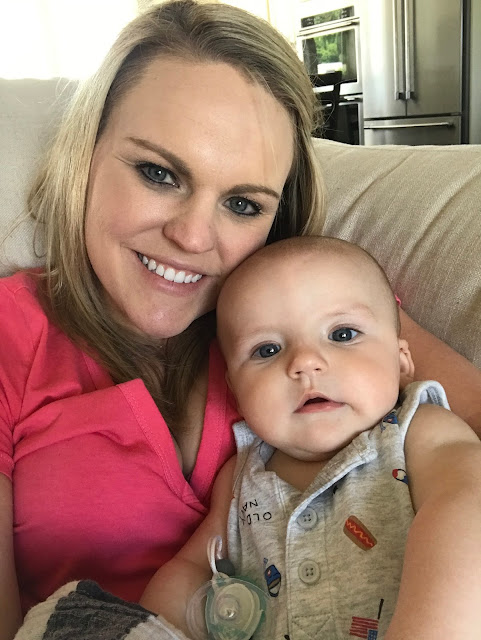 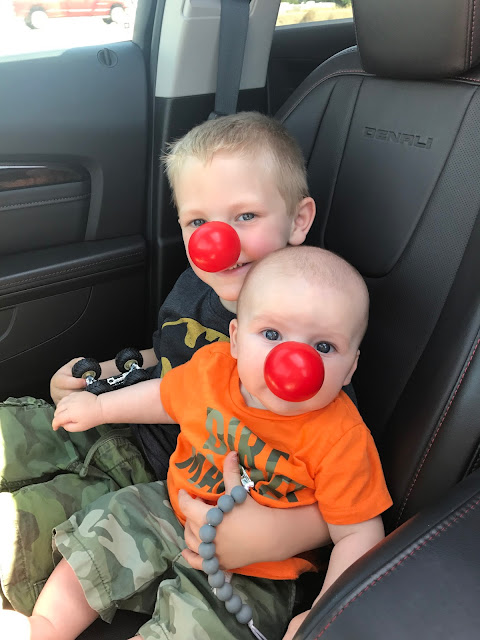 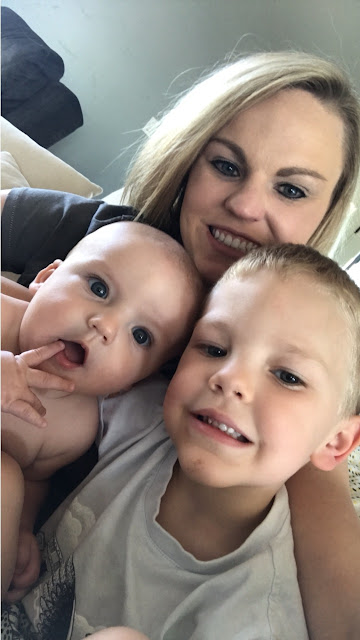 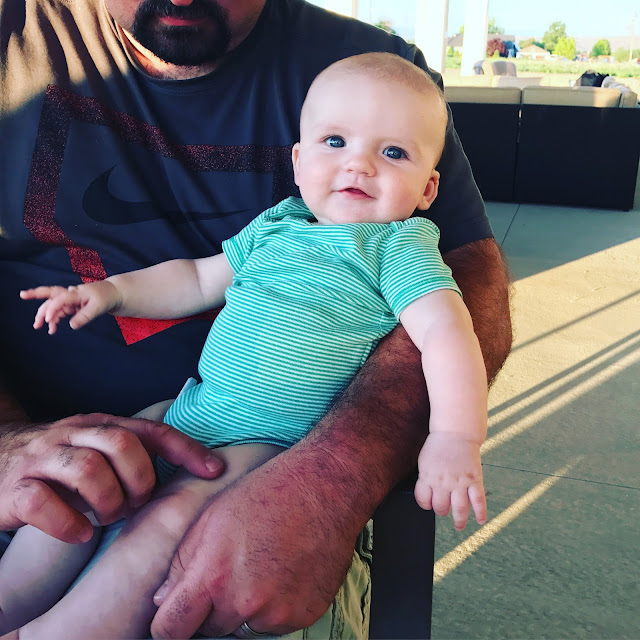 We love him so much. He is the perfect piece to our puzzle!
﻿
﻿
Email ThisBlogThis!Share to TwitterShare to FacebookShare to Pinterest
Labels: Month by Month, Peyton