I will admit I thought about skipping Halloween this year.
Colson isn't old enough to understand, or care about dressing up in some costume that is going to cost WAY too much to only be worn once....
And then I came across this... 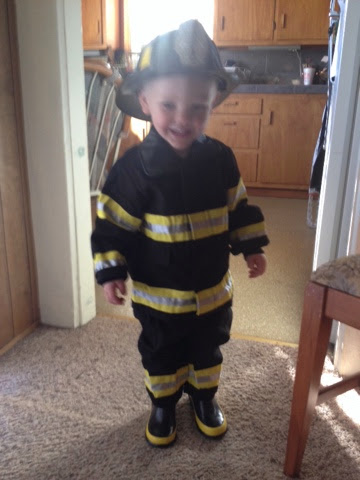 And the excitement I saw was well worth my $20! 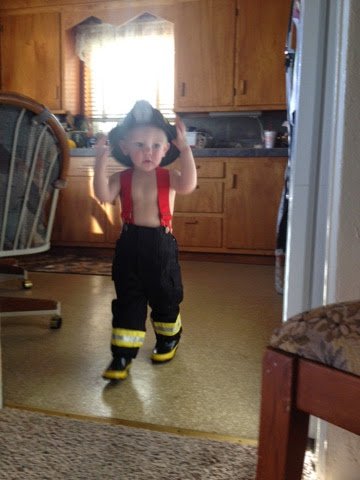 He won't take it off! In fact, I had to hide it before Halloween so it wouldn't be wore out. 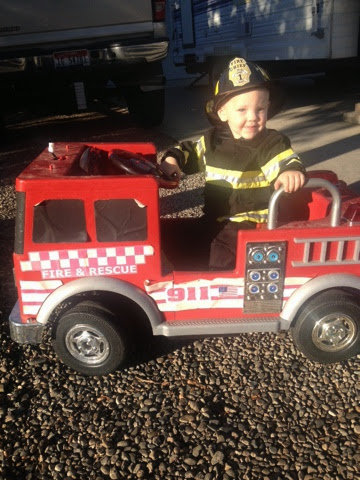 But only after we went to the fire station to visit Uncle Daniel. 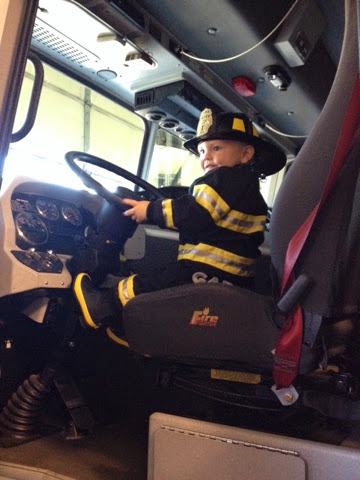 And respond to some neighborhood fires... 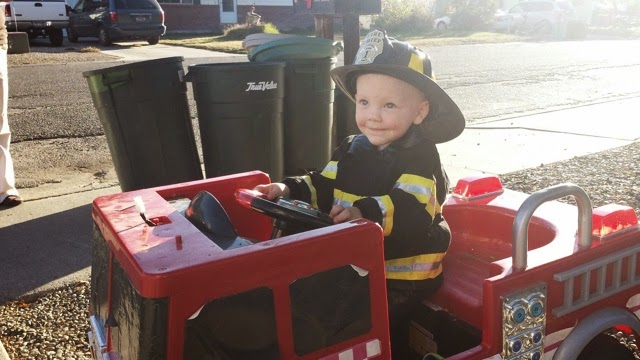 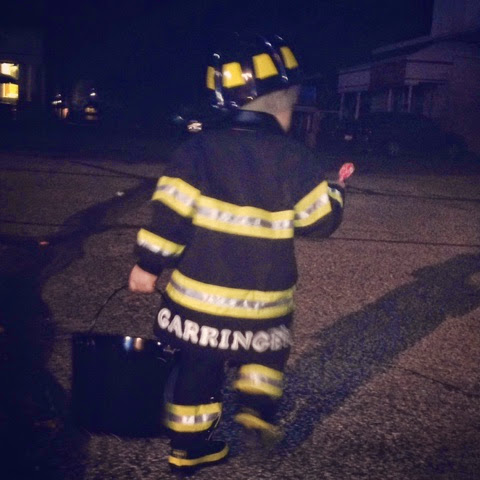 He was so excited to wear his "Danny suit" and I was so glad I decided not to forget about Halloween. 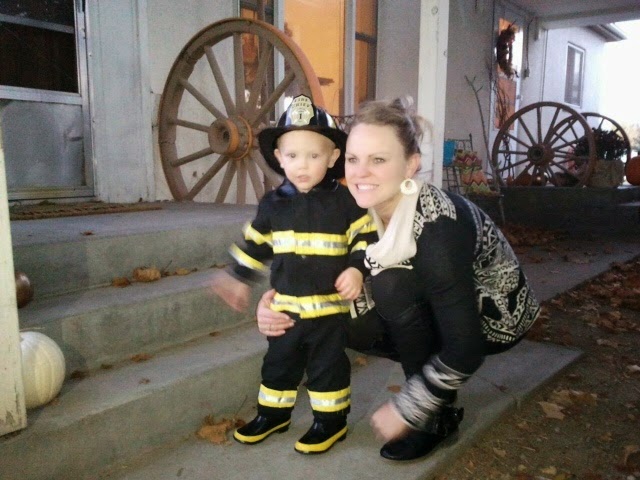 And, surprisingly, he understood the concept of knocking on the door and grabbing as many pieces of candy that will fit in his tiny little hand!
So, if you ask Colson what he's dressed up as, more than likely you will hear, "Danny suit" which is probably better than fire suit!
Email ThisBlogThis!Share to TwitterShare to FacebookShare to Pinterest