Colson 16 Months and High 5 for Friday! 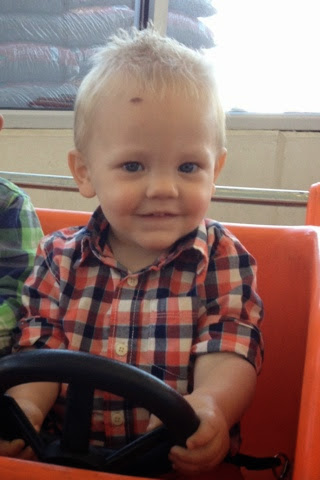 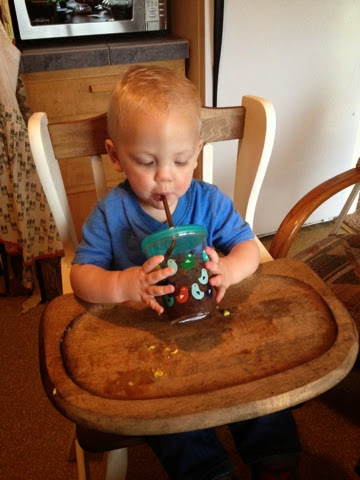 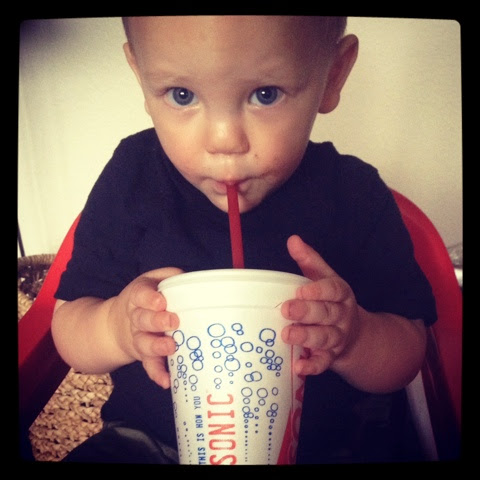 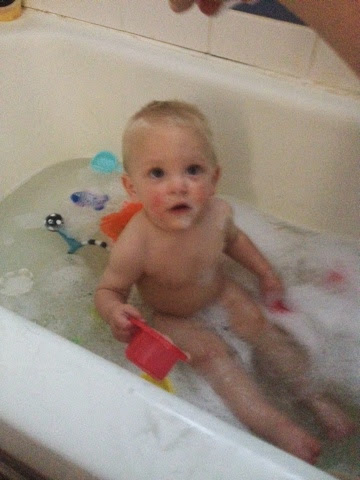 Favorite Activities: Wagon Rides. He loves reading and turning the pages in the books. He would live outside if I would let him. He stands at the door or window and points outside. 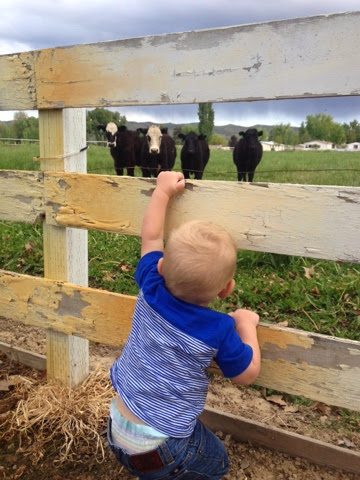 He's in love with the cows that live in the field next to our house. Loves to dance, play in water, sit on mamma's lap, the boy still loves his baths. 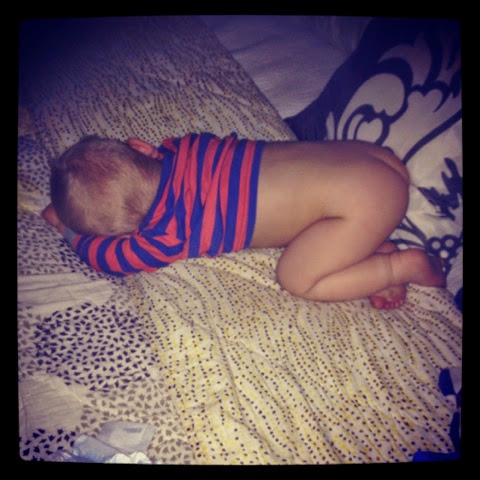 Least Favorite Activities: Diaper changes, sitting in front of a tv (good luck getting this boys to settle down long enough to watch anything!), and morning I have to wake him up.

. Colson has two different toothbrushes and I let him choose which one he wants to use, everytime he picks the cow. He now loves brushing his teeth and and "spitting" in the sink once he's done.
Radio Flyer Wagon. This was the best purchase. He loves taking wagon rides and it's another excuse to be outside.
Ducks. Colson loves the ducks at Nana and Papa's house. He plays with them in the tub and the sink full of water.
Sticks and rocks. Which can be found outside and bring endless entertainment. 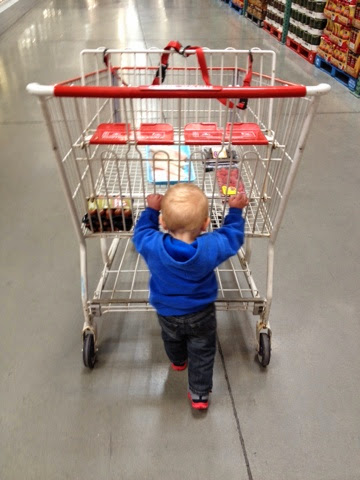 Teething: Hard month for teeth. He has two new molars with one more pushing through. On nights his teeth don't bother him, he will sleep a full 12 hours with two naps during the day. A short nap in hte morning and a longer nap in the afternoon. On nights his teeth bother him, we are up. One night this past month we were up until 3, and he didn't know what he wanted! 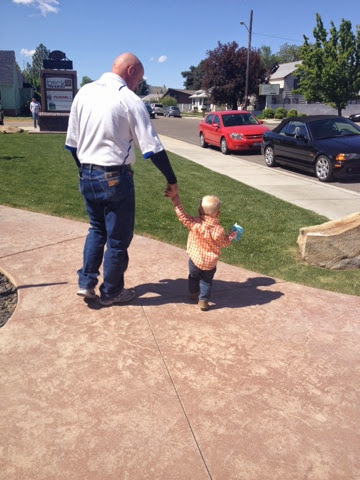 Other Milestones: Colson can fully understand sentences, when I ask him to throw something away, he goes and does it. When I ask him to pick something up or shut something, he does it unless he's being defiant.
Speaking of defiant...Colson has become that. He thinks it's hilarious when he does something after I've told him not to. When I start heading his way, he takes off giggling. It takes everything I have not to laugh. Little mister has began throwing tantrums. NOT FUN! He will throw himself on the ground in tears because he didn't get his way. Oh boy...
However, his laugh is contagious. Especially when he throws his head back and when he's laughing at himself.
He flirts with everyone. We can't go anywhere to eat without him flirting with those sitting around us. He hates attention...kidding!

This is definitely my favorite age so far! :)
Now, onto our High five for Friday!
This has been such a long week. I'm so thankful it's almost the weekend. I'm looking forward to getting some things done that have been on my to-do list for months now. 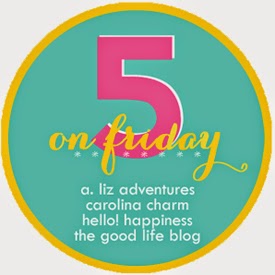 1. Let's start with the fact colson is a year and a half! I love this age. I have so much fun with him and his personality is really beginning to shine through. I love that he's a mama's boy and I love all of our converstations together. 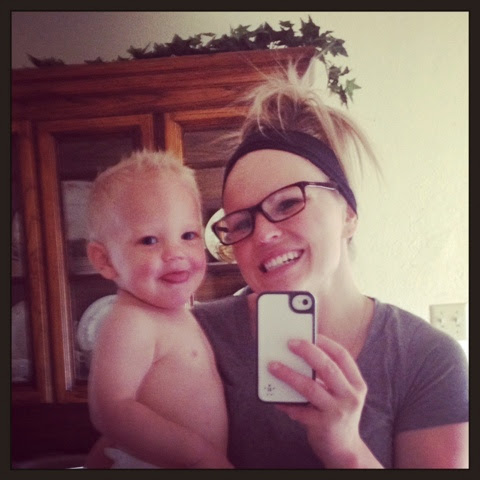 2. Wednesday marked the end of the semester for me. This semester was a challenge and I'm so thankful to have a couple weeks off before summer school starts. 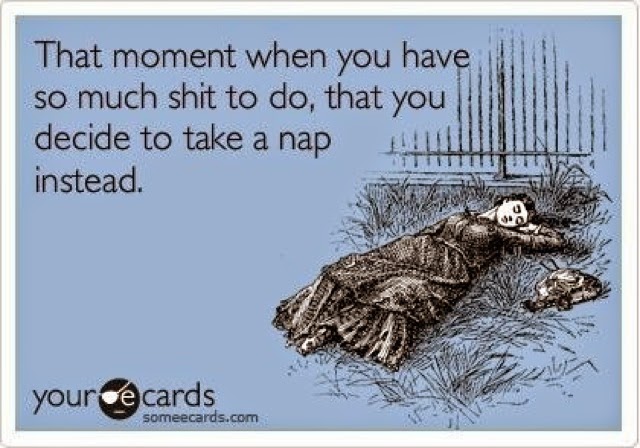 3. Starbucks. I've went almost everyday this week. Thankfully. Like I said, it's been a long week. 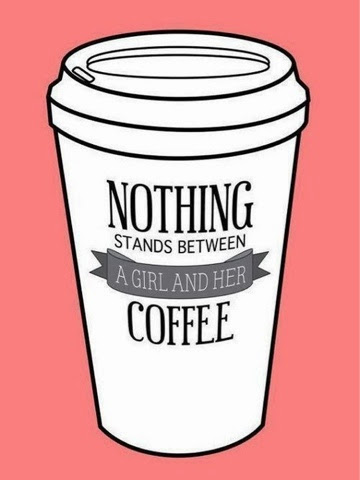 4. The weather has been so nice that yesterday I went to the park on my lunch. It was so nice, I know I'm going to be dreading summer in no time but for now I'll take all the sunshine I can get. Colson and I have been spending so much time outside, wagon rides, working in the flower beds and playing in the yard. I bought some sidewalk chalk and he loves writing with it. We are working on only writing on the cement. :) 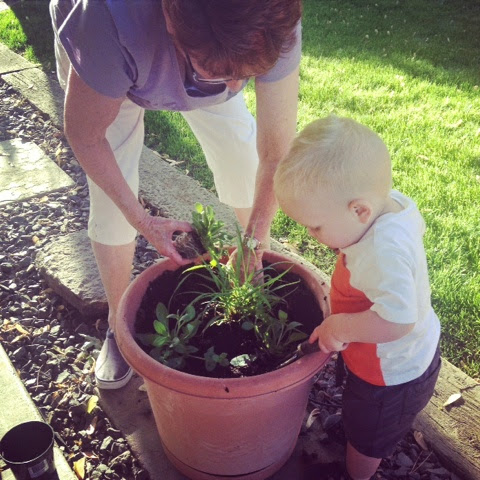 5. Late night convos with the roomie. We rarely see each other and lately we've seen more of each other at night. We were both tired last night but we had a great conversation. Colson and I are blessed to have such a great roommate! 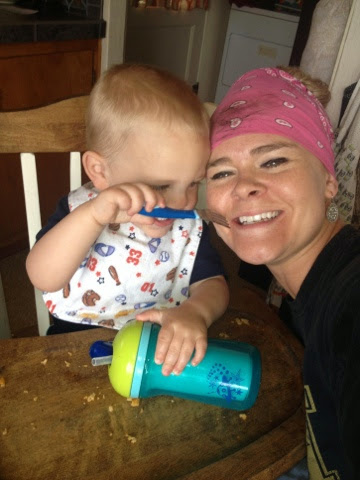