We had a crazy few days full of Christmas festivities. It's crazy to think that Christmas has come and gone! There was so much anticipation and then it's over so quickly.

On Christmas Eve, my dad's parents and brother and sister came over to watch Colson open his gifts they got for him. He LOVES little people so these gifts were a hit! 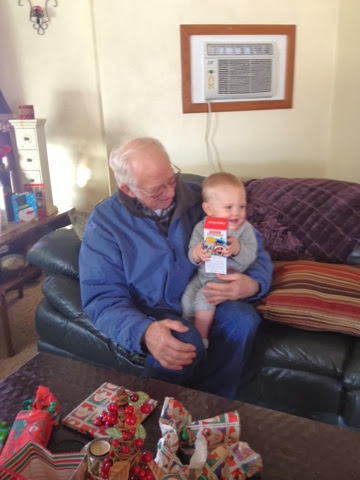 We then went over to my Aunt and Uncle's house for appetizers and and gift exchange. Colson recieved a blow up bull that he loves. He loves that he can bounce it. 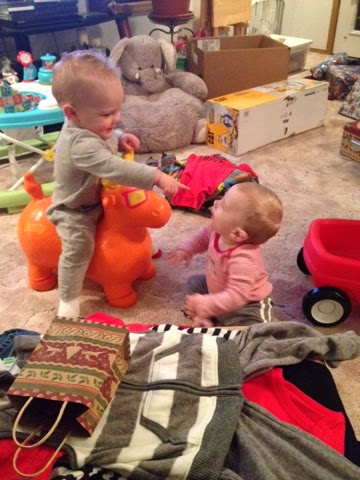 We came home and I put Colson to bed and then played Santa. I set out his gifts, some cookies, and some milk. I took lots of pictures of our tree, and then headed to bed.

We kicked off Christmas morning diving right into Colson's gifts and some monkey bread that my mom brought over. My parents, brother, and future sister in law come over first thing in the morning to watch Colson open his gifts. After he opened his stocking he was over it, and just wanted to play with his new balls. Therefor, I unwrapped his gifts. He was excited with each new toy that he recieved. 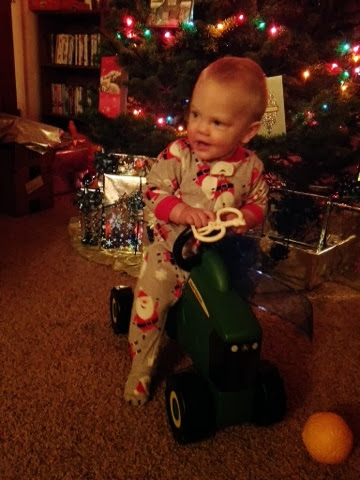 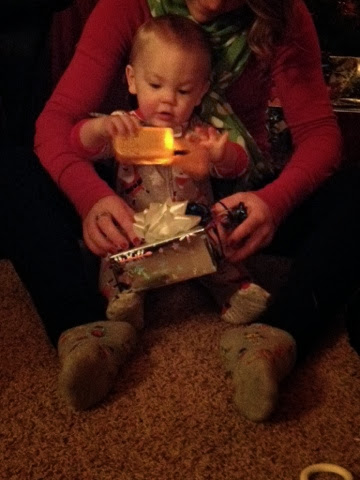 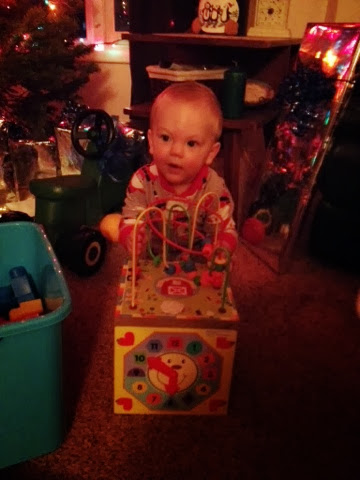 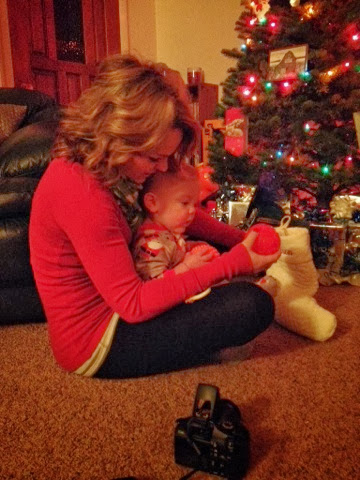 After opening gifts my family cleared out, Colson went down for a nap, and I whipped up some red velvet pancakes to take to the next gathering. Once Colson woke up we headed over to my brothers for breakfast. They had my parents, Colson, me, her dad, her sister, and her sister's boyfriend over for breakfast and another set of gifts. 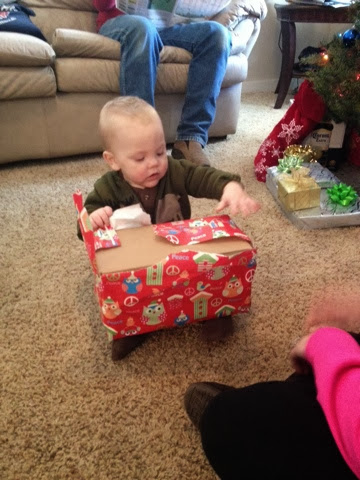 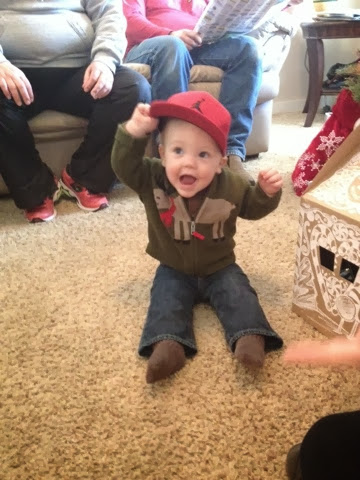 My brother gave Colson a new hat and a firefighter bear. He loves taking everyone's hats off their heads....including his. But it's cute!


We went home for another nap! This time I joined him. 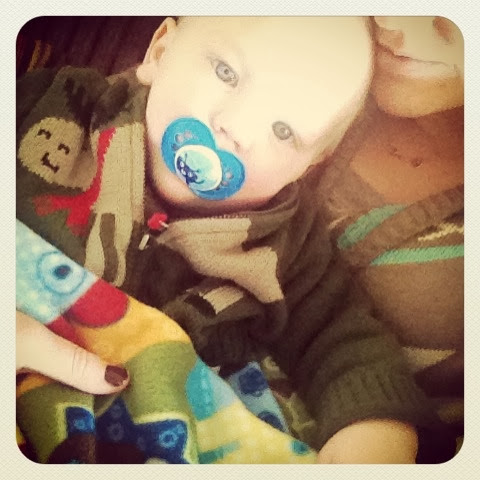 It was a relaxing afternoon. We had grilled cheese when we woke up and played with all his toys. We then went over to my parents for a prime rib dinner.  It was nice being with everyone and spending time with family! 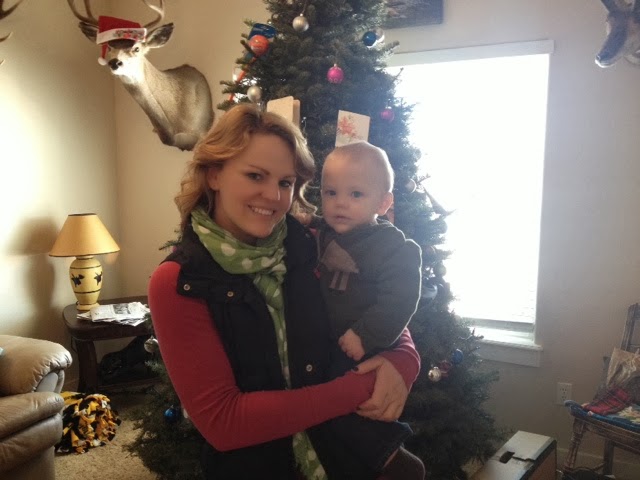 I loved starting traditions that we can look forward to each year. Colson's first Christmas was a success! I'm glad we got to spend the day with the ones we love! Hope ya'll had a great Christmas! Here's to enjoying the last week of 2013!!!
Email ThisBlogThis!Share to TwitterShare to FacebookShare to Pinterest