Happy Tuesday! We've had a busy five days celebrating the 4th of July, fun with friends, and our anniversary! Here is a little recap of our fun!

The boys kids and I (I have the hardest time saying kids and not boys! Y'all, we have a girl now!!) attended the parade downtown Boise. 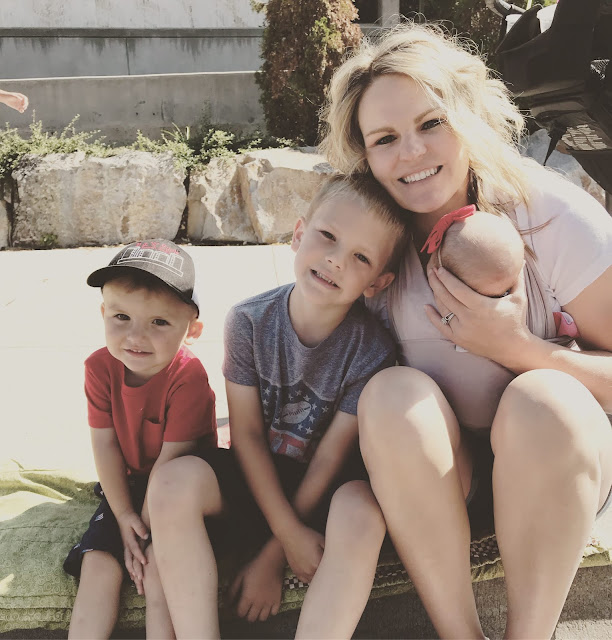 Aunt Theresa joined in on the fun! 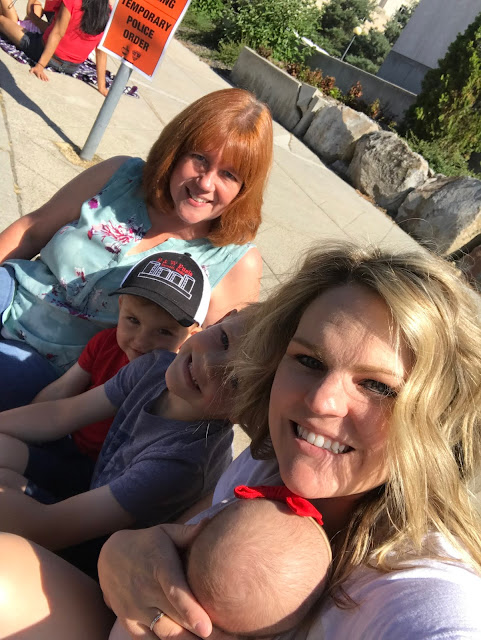 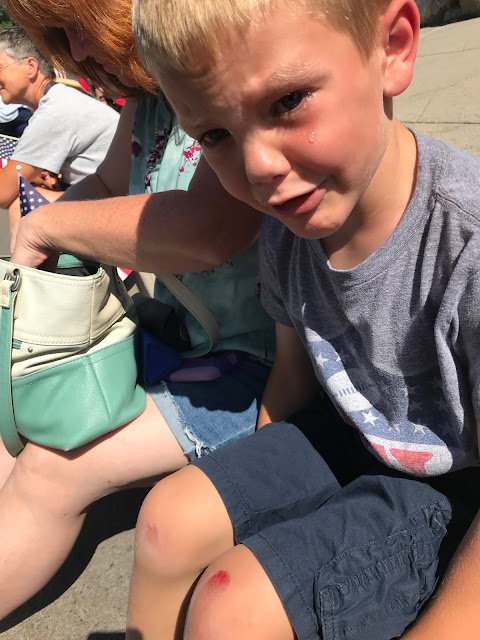 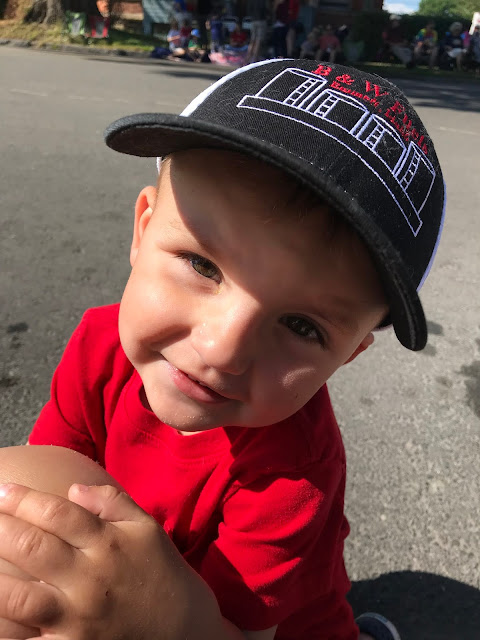 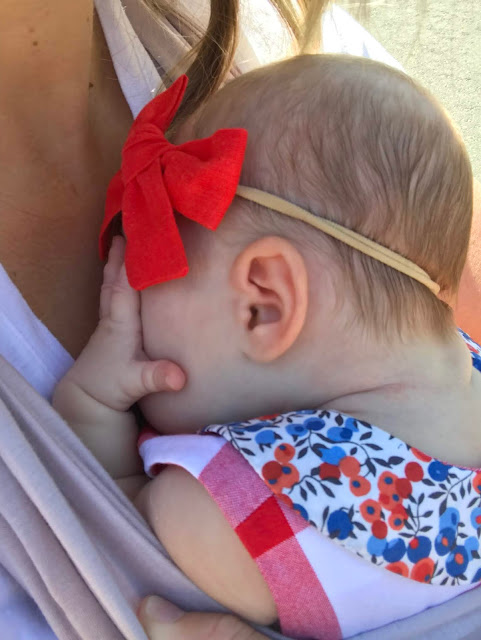 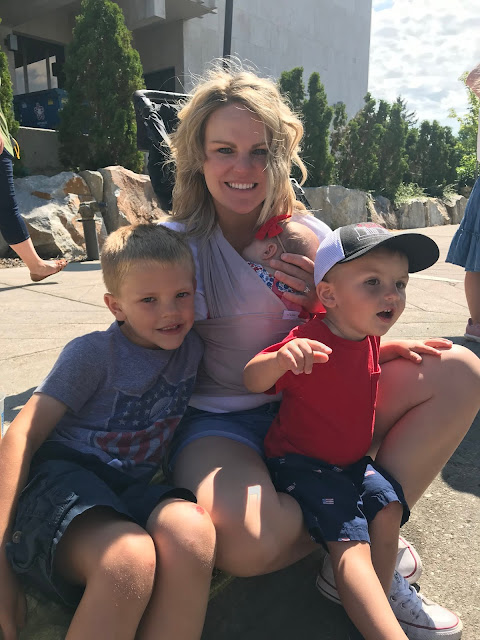 The boys loved it but next year I'm hoping we will be in Cascade! They have an amazing parade! 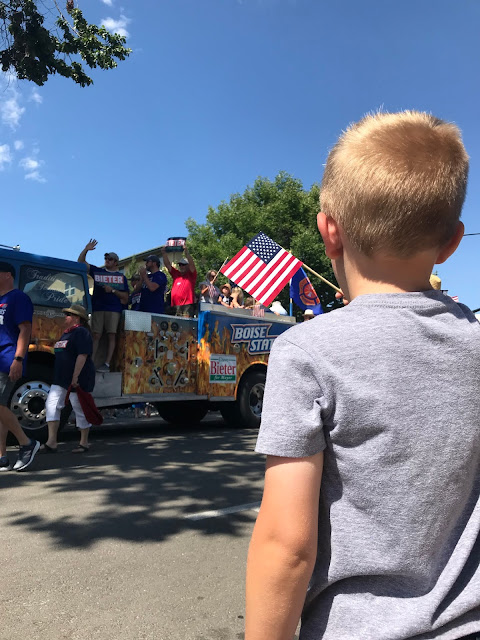 We stopped for lunch and then our favorite ice cream shop before heading home! 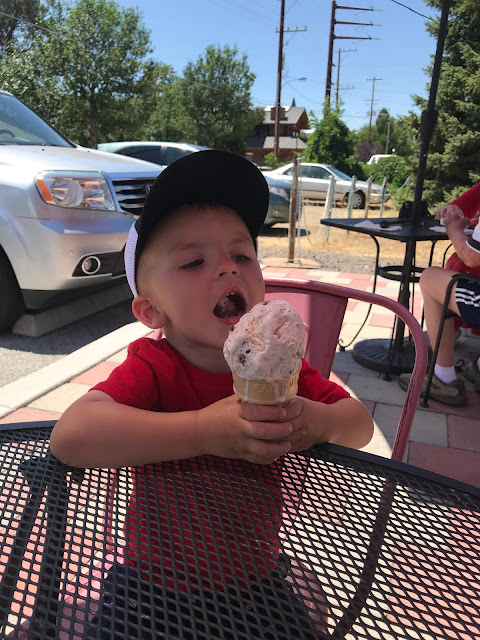 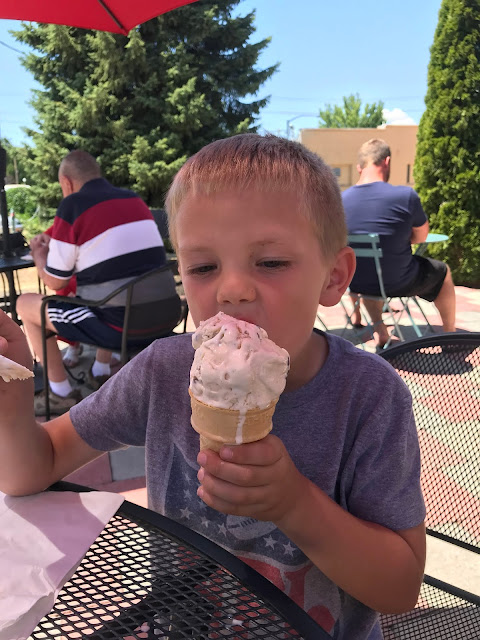 We had a bbq with friends and then enjoyed fireworks! The boys love fireworks! 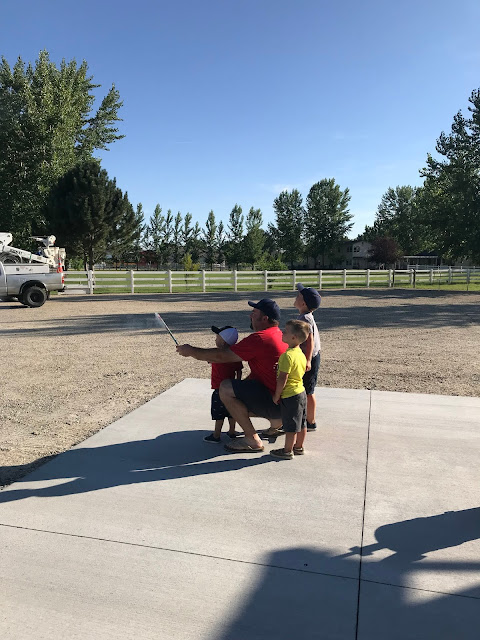 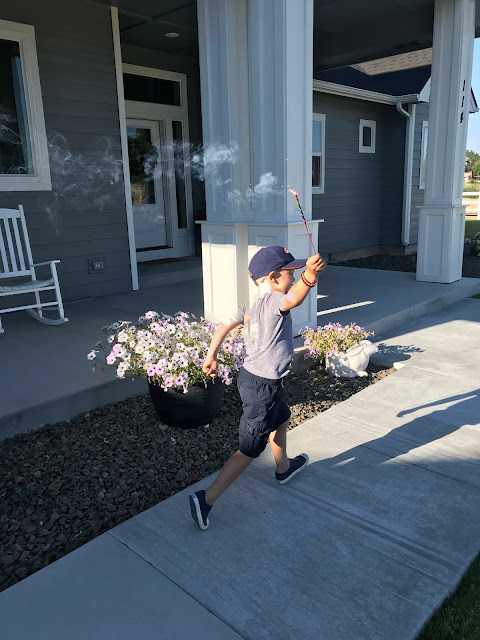 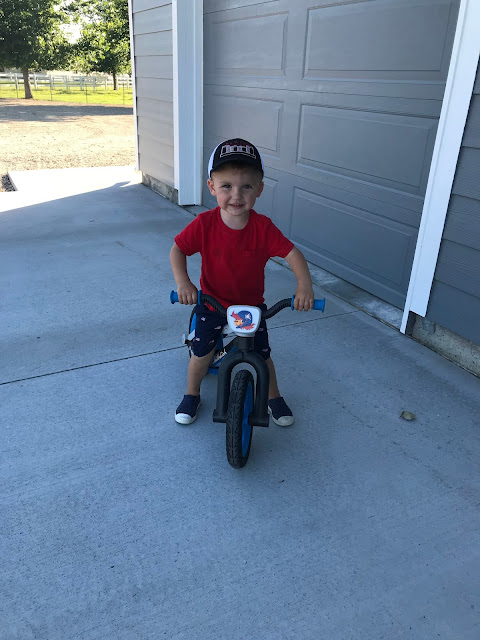 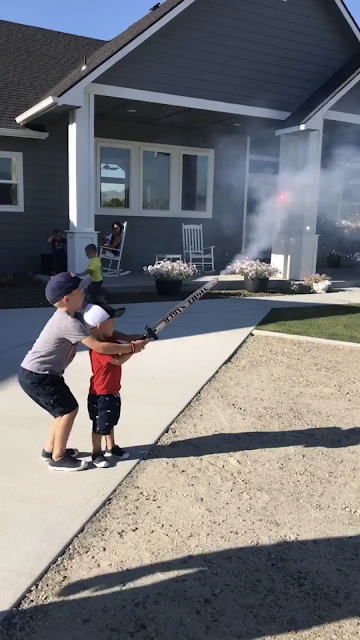 The boys stayed up wayyyyy past their bed time to enjoy the BIG fireworks show in town! I took them and we sat in the car to watch! 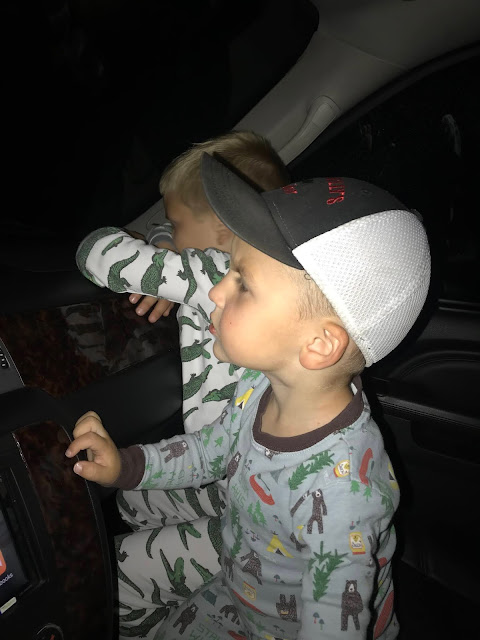 Friday, Colson had a friend over and they had the best time. They were in and out and never slowed down. I love watching friendships develop and grow! 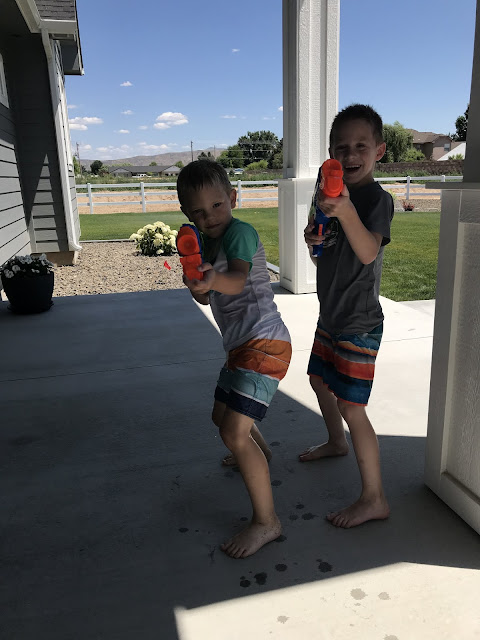 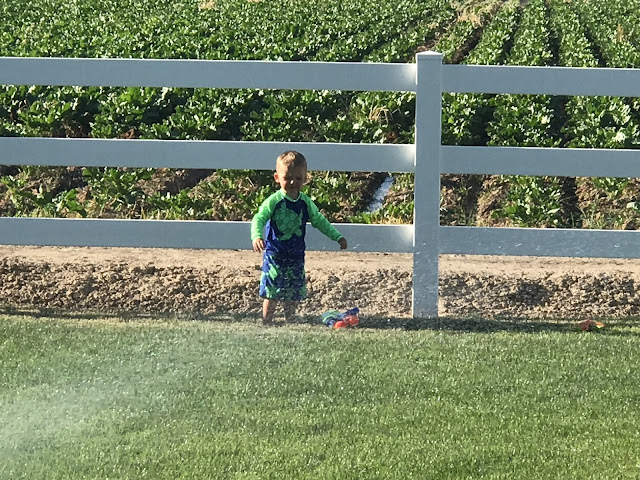 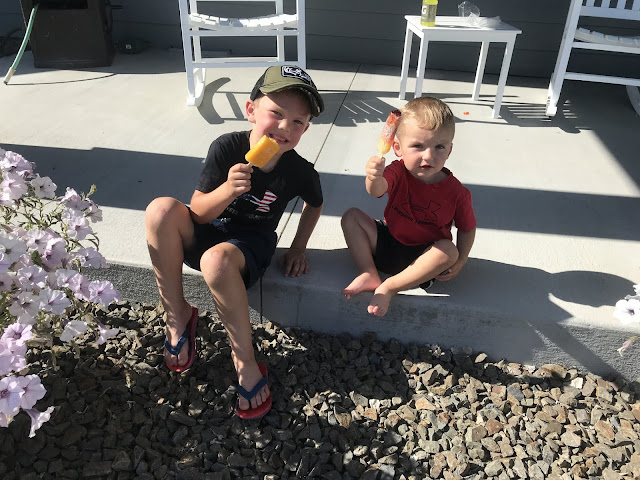 Saturday morning my favorite little helper was keeping me company while i tried to get caught up on laundry. 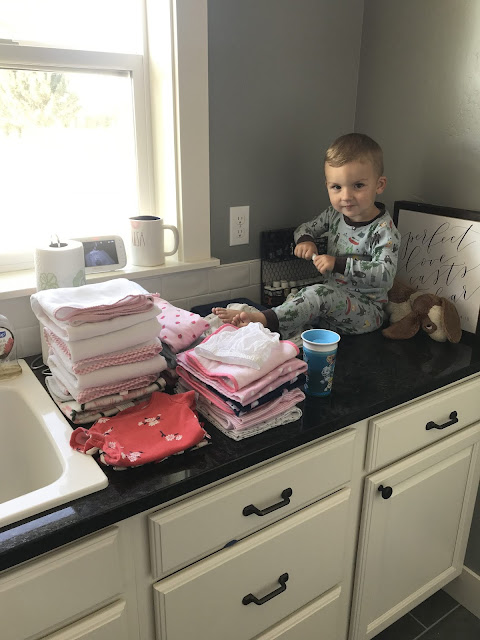 I had a moment when I was trying to prepare some food in the kitchen and Colson had all of his trucks in the kitchen, playing at my feet. I know that before long, he won't be playing with trucks and he won't always want to be in the same room as me so I let him make a big mess in the kitchen. Travis informed me that he is half way to becoming a teenager, they grow too fast! 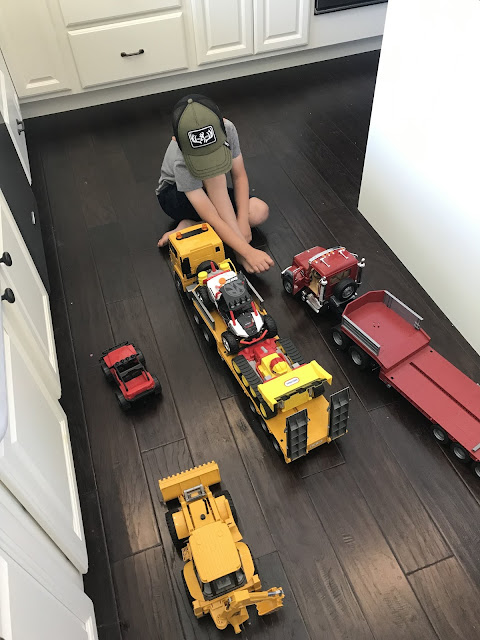 Saturday afternoon we headed to a bbq with friends! All of us had the best time!
After eating we headed to the pool where the boys were beside themselves! So. Much. Fun! 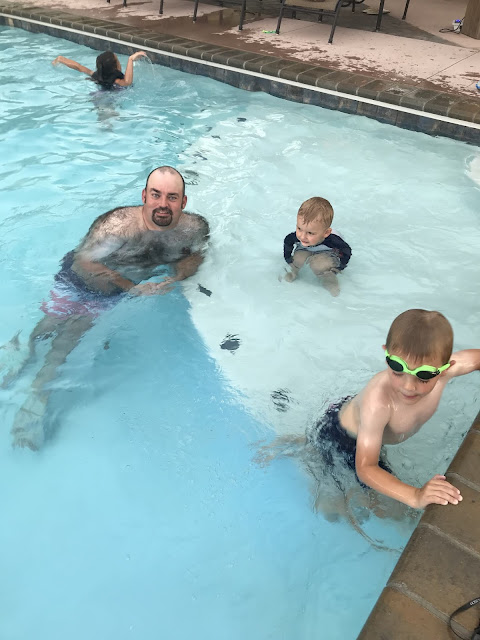 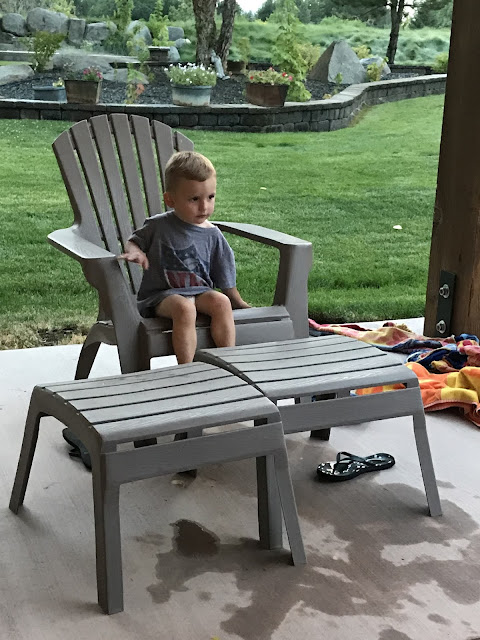 Sunday morning was slow and we all stayed in our pajamas for most of the day. 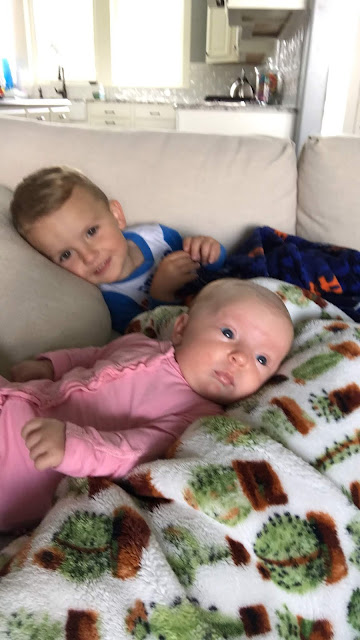 Until we went to Nana and Papa's house for a bbq. The boys played with Hallie and finished off the weekend having the best time! 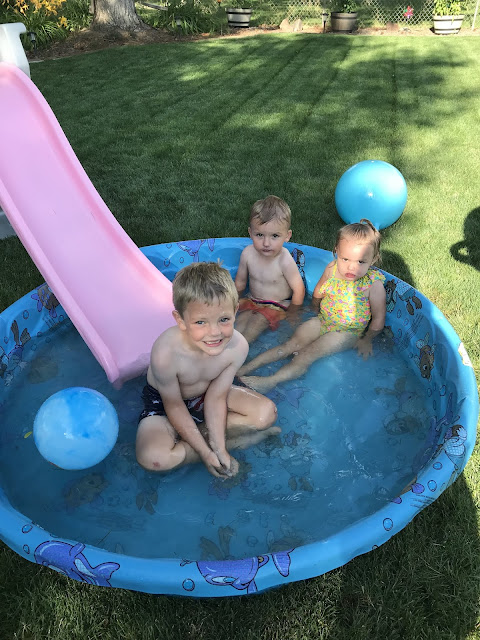 Peyton couldn't even make it home! 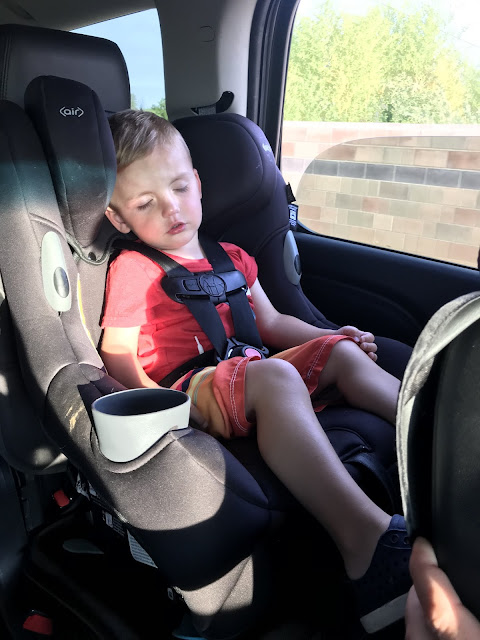 Happy Tuesday! I hope you all had a great 4th weekend!
Email ThisBlogThis!Share to TwitterShare to FacebookShare to Pinterest
Labels: Holiday, Summer, Weekend Recap, weekend review