Happy Friday, friends!!! This week has been looooong. With a sick kiddo, Travis working some really long hours, play dates, and appointments, I'm ready for the weekend! We have nothing on our schedules other than a barbecue on Sunday and I can't wait!

First up on my list of FAVORITES is Peyton's snuggles from the week. I know they made the cut last week too but they are even better when you kid doesn't feel good. Peyton has wanted his Mama a lot this week and I'm so grateful I'm home so I can drop everything and snuggle up on the couch! 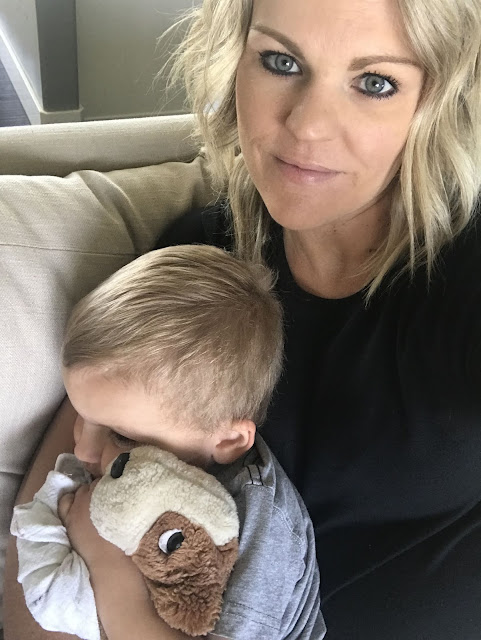 On Tuesday, I went to make Colson's lunch and had nothing so I told him I'd drop his lunch off at school after I ran to the grocery store. #momfail It worked out because he asked if I could just come and eat lunch with him! It's my FAVORITE to see him with all of his friends, chatting about little kindergartner things, and I love that he's not embarrassed by his mom yet! 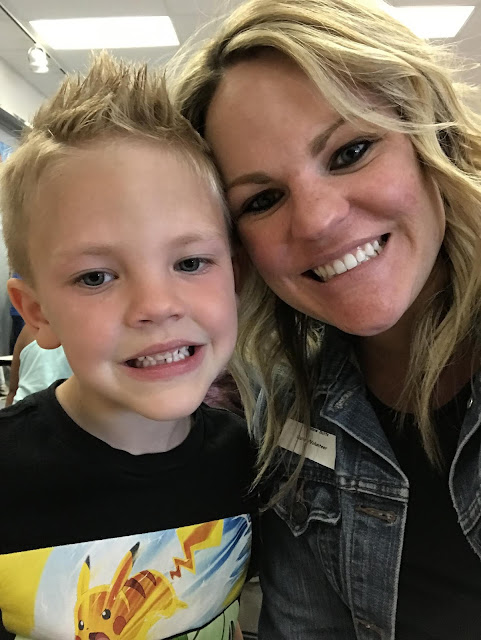 While Peyton and I were snuggling, we took some funny pictures to send to GG and Papa Les and they just might be my new FAVORITE of Peyton! Anything to bring a smile to a sick kid's face! 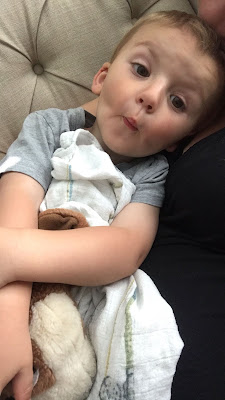 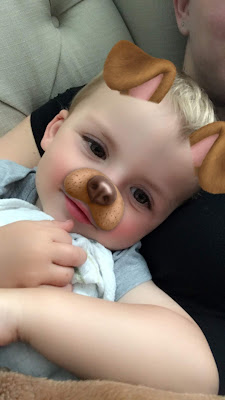 I finally went and got all the baby things from storage and Peyton immediately started putting his dog in the car set and swing. It's so sweet seeing him practicing being a big brother. I know it's going to be a big adjustment once Charlee arrives but I can't wait to see his with his little sister. 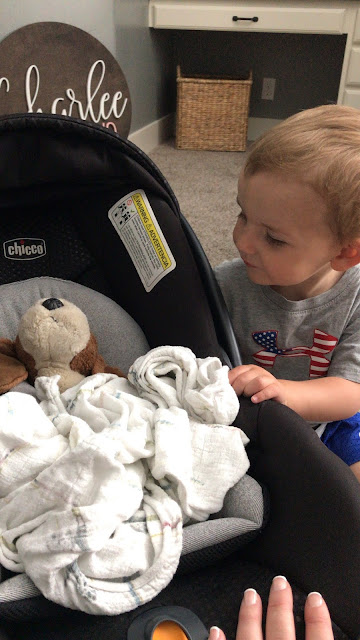 I was getting groceries at my local grocery store this week and stumbled across this fern and it's my new favorite! It's huge and it was $12! I'm sure I will struggle to keep it alive but ferns are my FAVORITE and I was so excited when I found this one! 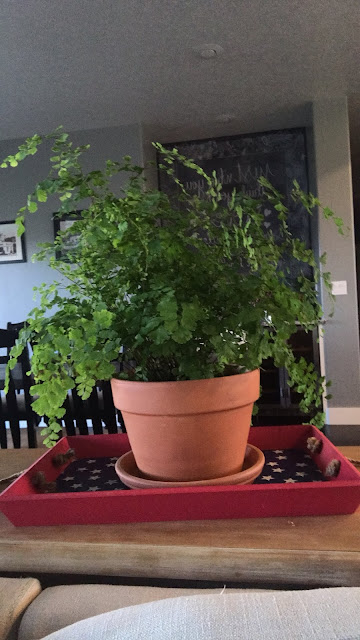 The mountain is Colson's FAVORITE place to be in the summer and when this picture showed up on my TimeHop, it made me so excited for summer! 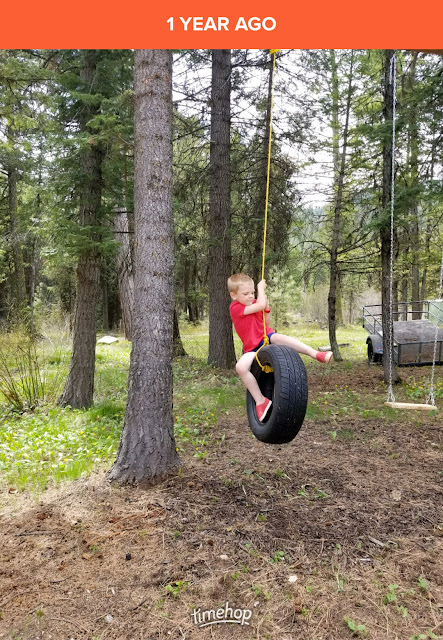 I took the boys with me to the doctor this week and when my doctor checked Charlee's heartbeat, the boys' reaction was my FAVORITE! They both were in aww and it was the cutest thing ever! 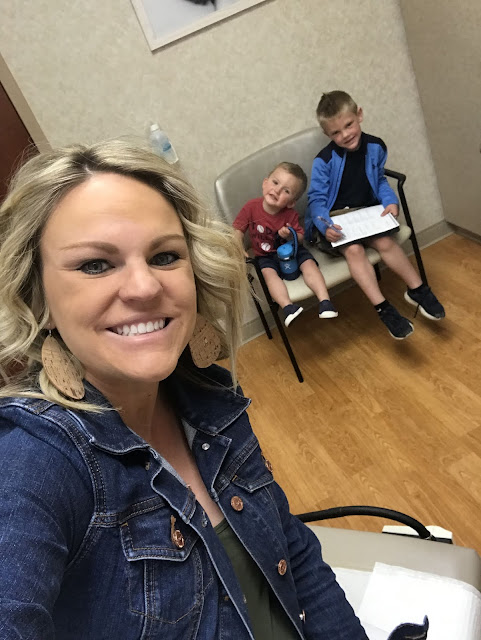 We stopped at Trader Joe's on the way home and these two were big helpers with carts just their size. They were running into the back of my heels, running over my toes, and racing...we may never go back! But it was their FAVORITE while it lasted! 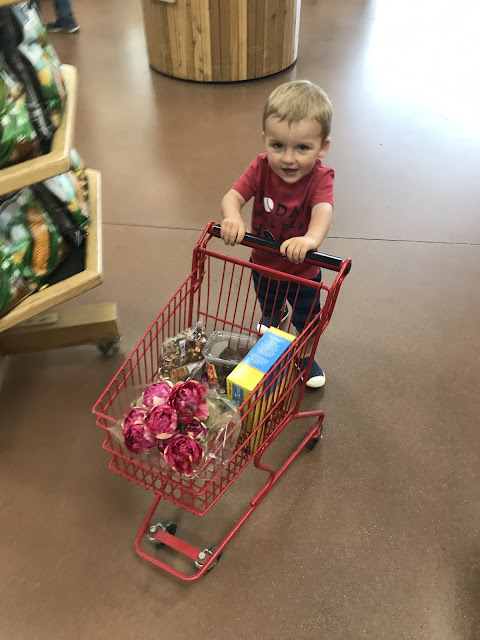 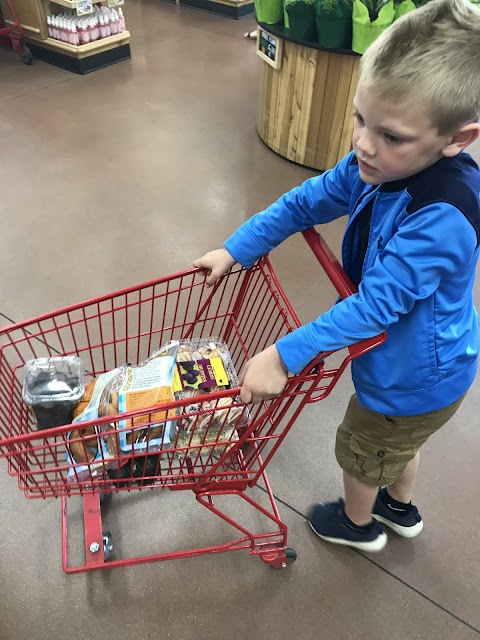 Dutch Bros is my FAVORITE and a new one just opened this week a little closer to home! On our way home I had to make the stop and it was such a nice pick me up! 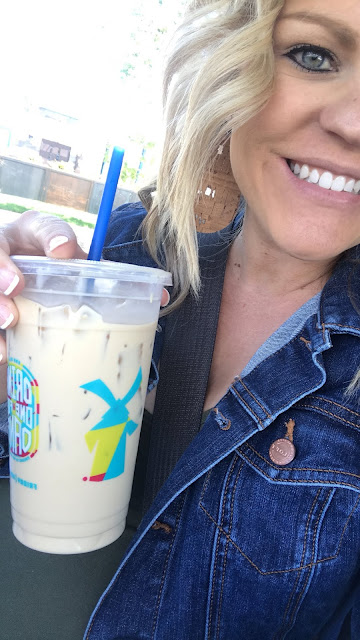 Sooooooo.....I've been horrible about taking naps. I'm exhausted and when I put Peyton down for a nap I have a great plan about getting all the things done. Then, I sit down on the couch and wake up to Peyton. Oops! I know I'm only going to get more tired once Charlee comes and I'm waking up in the middle of the night several times to feed her but naps are my FAVORITE. I wake up looking forward to my nap for the day! 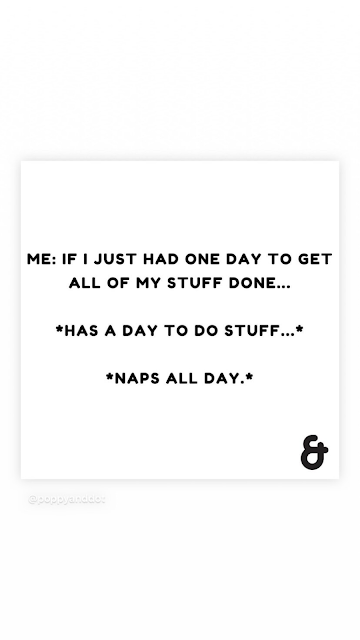 I hope you all have a great weekend!!
Email ThisBlogThis!Share to TwitterShare to FacebookShare to Pinterest
Labels: Friday Favorites, Link-up