I know that it's already the 10th of July but we had a great 4th and I wanted to share our pictures!
The boys, Nana, and I loaded up and went to the parade downtown Boise.
The streets were full of people, and it was so fun being in the middle of it all. 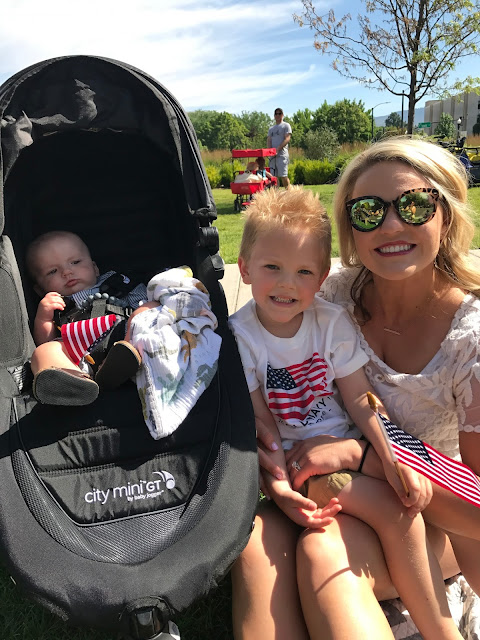 Of course we stopped for Starbucks on the way! 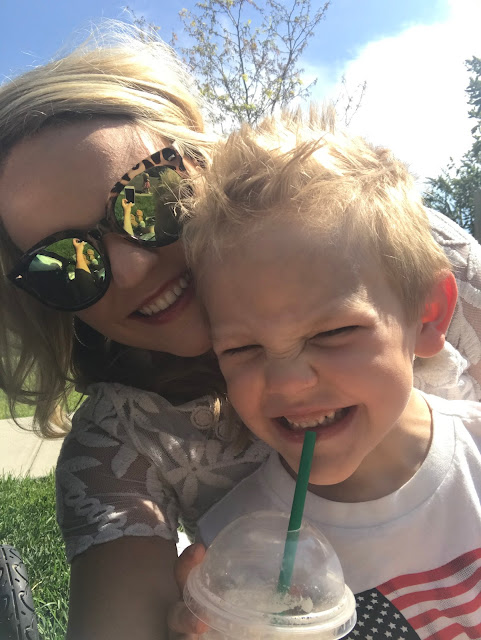 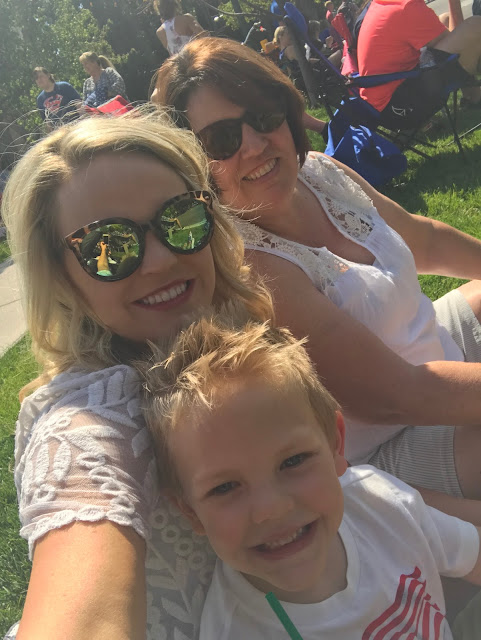 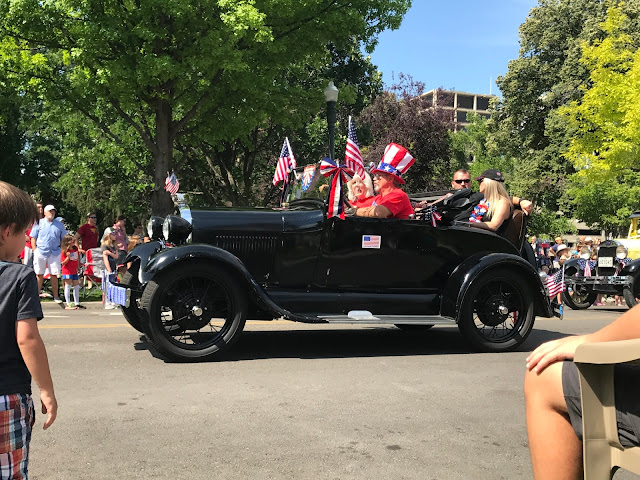 The Delta airlines float was handing out bears instead of candy and Colson loved it! 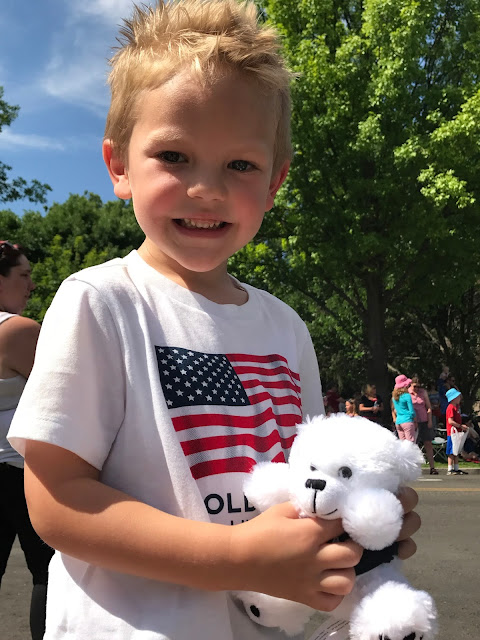 Of course this boy spit up every single time I took his pictures but he's still so cute!! 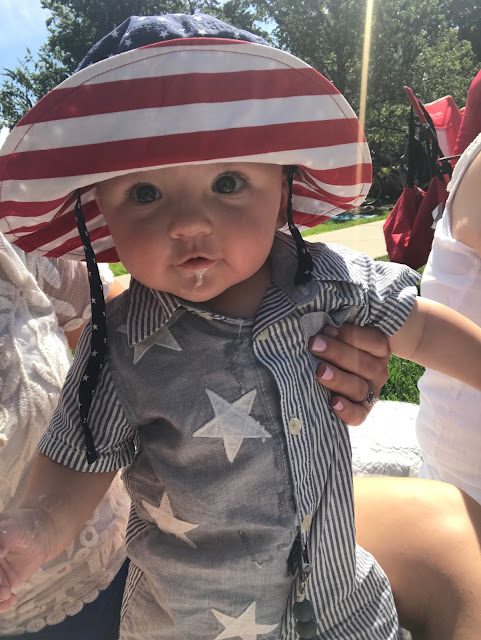 One standing and one sitting!! What?! 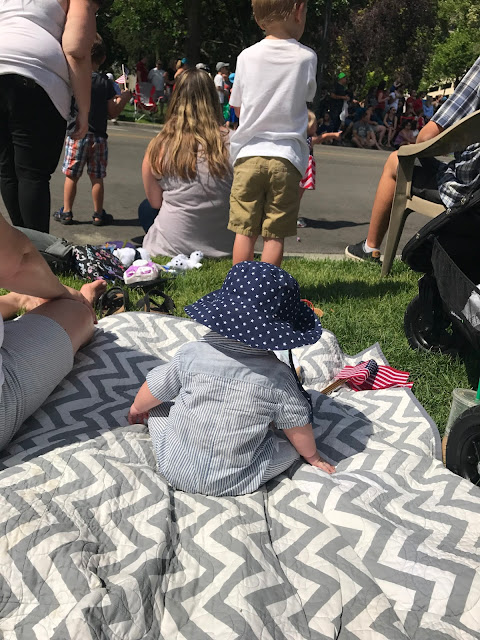 He couldn't stand to sit in his stroller, he wanted to be apart of the action. 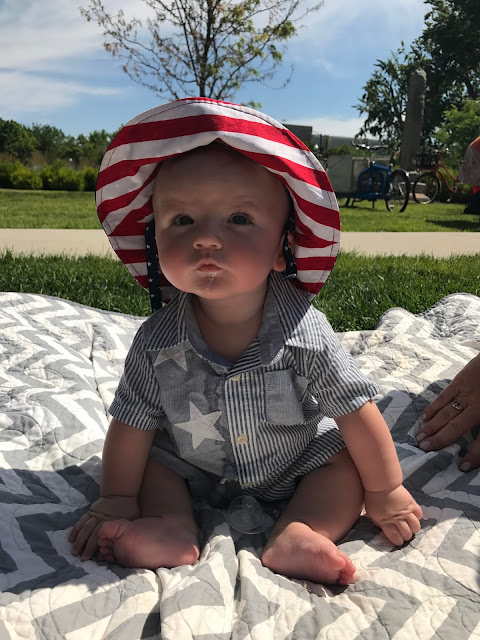 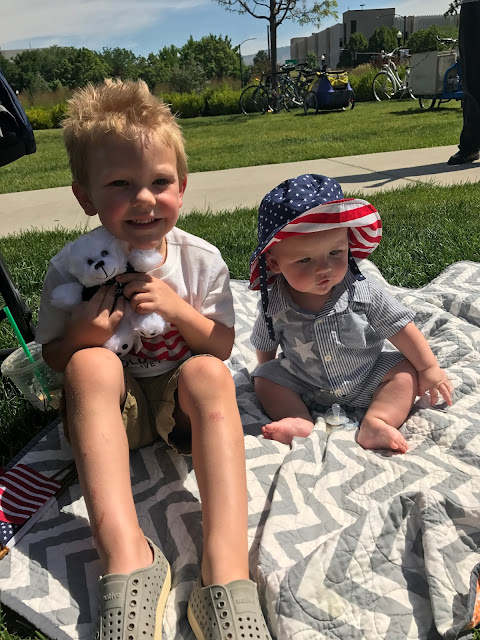 Nana and Peyton stayed far away from the water! 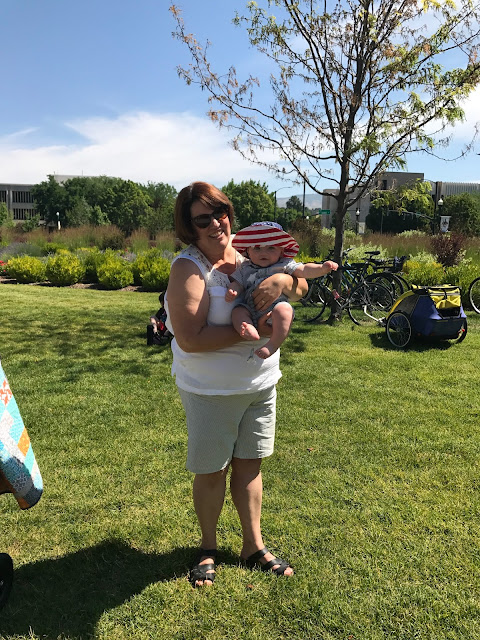 But Colson couldn't wait to get wet....﻿ 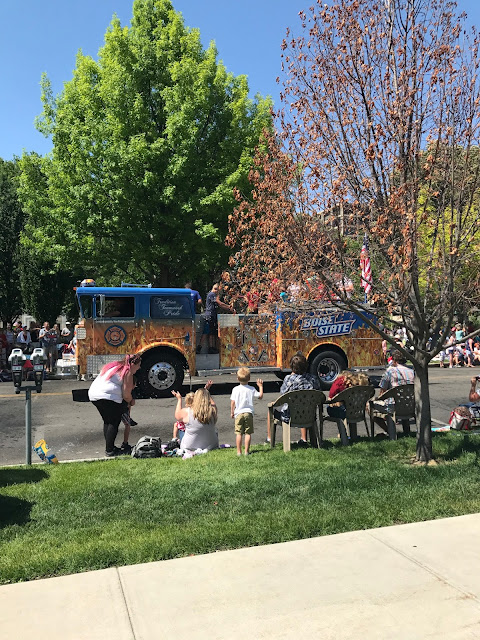 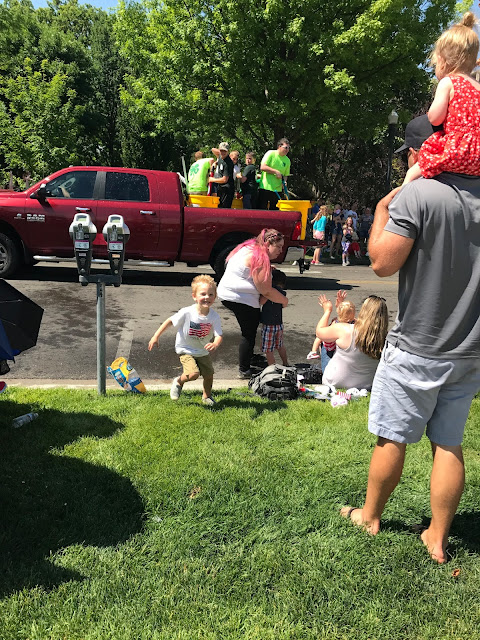 That night we had my parents over. My Dad's birthday is on the 4th so we celebrated his birthday and America's!
Travis bought a box of fireworks but when we opened them up...they were poppers.
Colson told him they were fake and wanted to know where the real ones were.
I ran to town and loaded up on real fireworks! 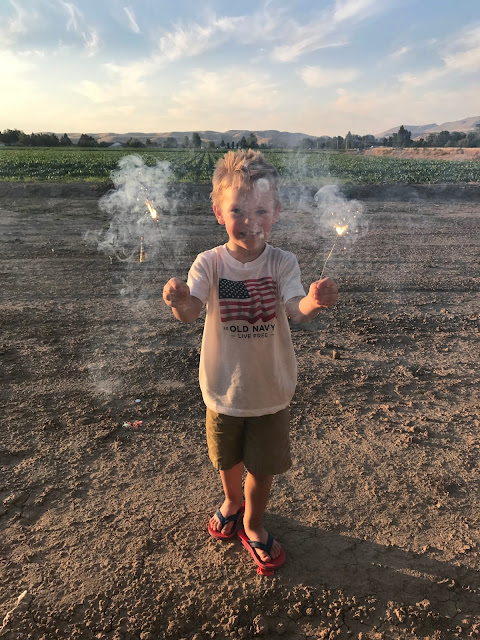 Even Dad partook in the fun! 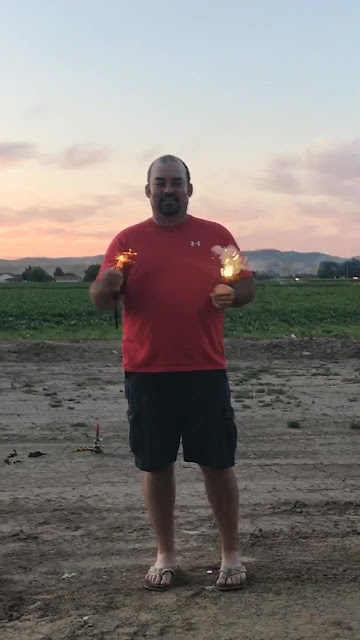 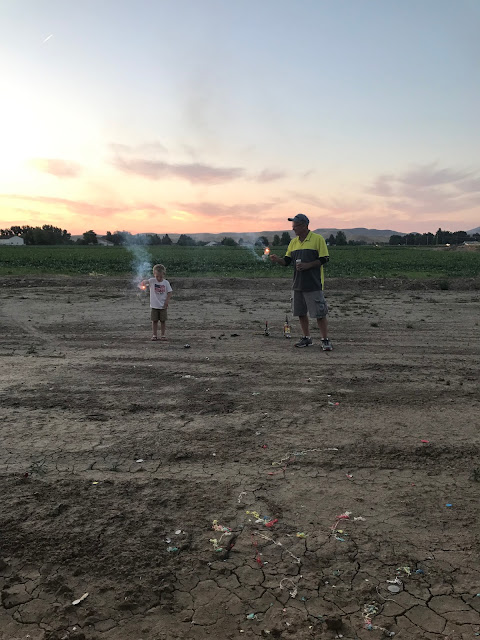 And ended with a beautiful sunset! 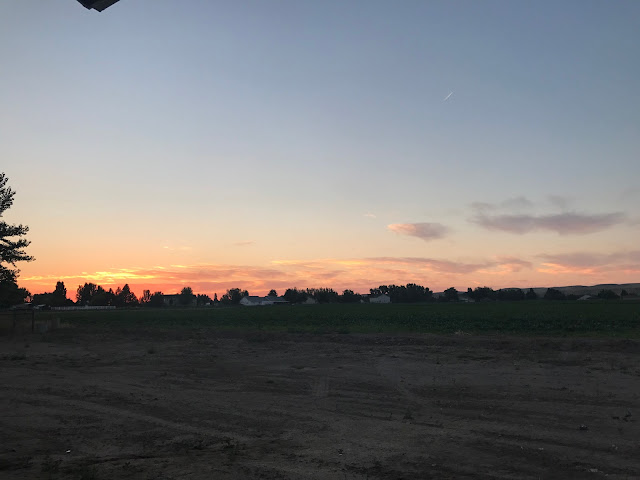 Email ThisBlogThis!Share to TwitterShare to FacebookShare to Pinterest
Labels: Holiday