With all the Colson hoopla, there is a certain someone who has not recieved much blog time... 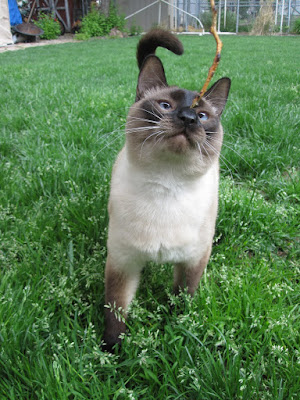 Fortunately, this could not be further from the truth around the house.  I know things are going to change dramatically once Colson arrives, which means I've been spending as much time as possible with my furry feline.  While it is obvious who will be my priority in the upcoming months, I'm hoping it's a smooth(ish) transition and not one where I have to choose sides.

This was Hans when I first got him. He was so little and light colored. Oh just a sweet bundle of joy! :) 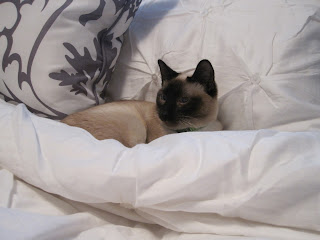 We have really enjoyed snuggling together since I've been so tired all time. He lays like this for hours while I nap or beside me on the couch or in bed. He must be touching me though! 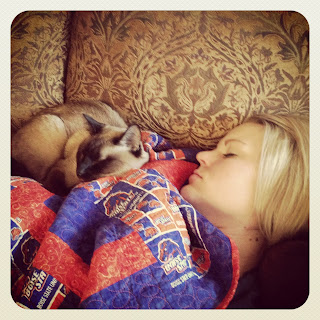 He loves getting on the table...even though he knows he isn't suppose to be up there! 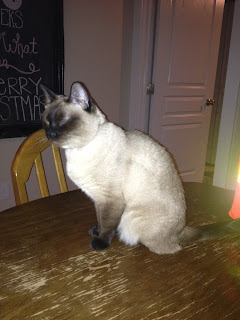 He spends lots of time with his best friend, Remington. Rem loves him and lets Hans walk all over him. Their friendship is pure! 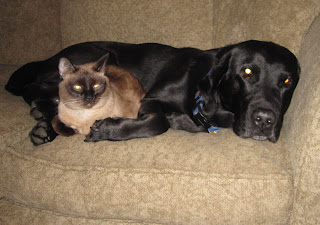 He thought about trying out the hunting thing with Uncle Daniel's gear but....it wasn't really his thing after all! 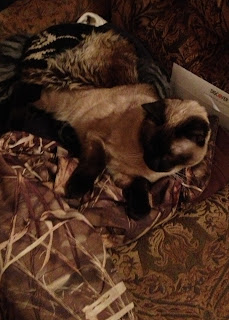 This is his favorite way of sitting and it puts a smile on my face every time! 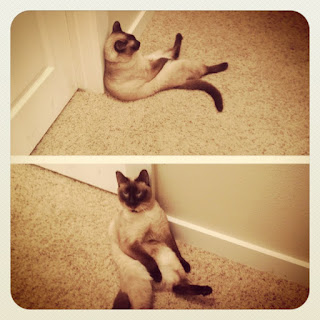 He was BIG help in setting up Colson's nursery. Papa Jeff loved the extra "help"! 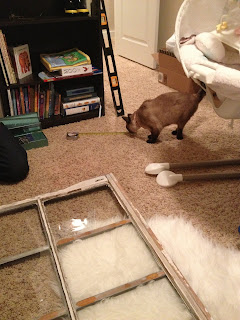 He loves on me but isn't a huge fan of company. He is more of a family man. 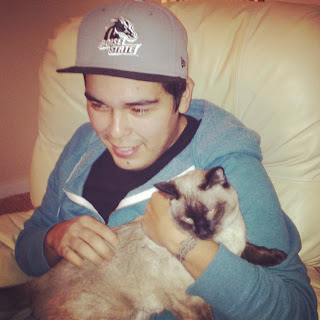 He has been so good about trying out all of Colson's new toys just to make sure they are suitable for his little brother. So far...so good! ;) 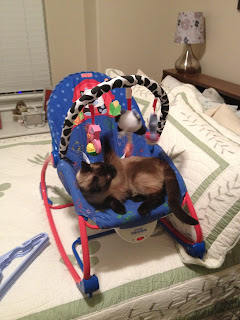 He can be a bit over dramatic. Let's just say he doesn't like it when things don't go his way. (This is the characteristic that scares me just a tad!) 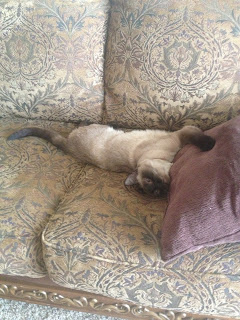 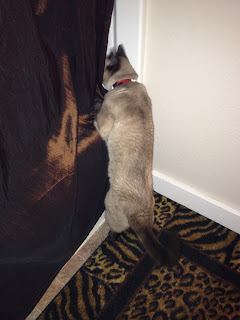 As much as I love my first born and worry that the new addition will be hard on him, he has a BIG heart and I'm sure he will adjust just fine to having a little brother!
Email ThisBlogThis!Share to TwitterShare to FacebookShare to Pinterest